By Nivedita Balu and Ben Klayman

(Reuters) -Intel Corp will keep most of the money it raises next year when it sells a stake in its Mobileye self-driving-vehicle components unit in a planned initial public offering, targeting some of those funds to build more Intel chip plants, Chief Executive Pat Gelsinger said on Tuesday.

Intel shares were up 4.1% at midday Tuesday after surging as much as 8% during the session, as Wall Street cheered the chip giant’s move to take Mobileye public. Gelsinger said the IPO will allow Mobileye to grow more easily as global carmakers spend billions of dollars to accelerate their transition to electric and self-driving vehicles.

“This is the right time,” he said on a conference call. “This is a unique asset and we’re going to make the right moves to fully realize that potential.”

Gelsinger said Intel will retain a majority stake in Mobileye and will also receive “the majority of the proceeds” from the IPO. He declined to specify the size of the stake that would be sold or a fundraising target, but said that “certainly it will be helpful in our overall aggressive buildout of plants.”

Intel has said it plans to build two chip plants in Arizona, and add other plants in the United States and Europe at sites that have not been announced.

Before Tuesday’s gains, Intel shares had barely budged this year, vastly underperforming a more than 40% rise in the Philadelphia SE Semiconductor index, as the chipmaker struggles to ramp up its technology as rivals have been making more energy-efficient microprocessors.

Mobileye, an Israeli company that Intel bought for about $15 billion five years ago, could be valued at more than $50 billion during its U.S. IPO in mid-2022, a source previously told Reuters. Gelsinger said that value would be set closer to the IPO and he declined to say how much of Mobileye will be sold, repeating Intel would retain a majority stake.

Mobileye has a rich roster of clients, including BMW, Audi, Volkswagen, Nissan, Honda and General Motors.

Its technology has been deployed by automakers as they equip their cars with driver-assistance systems or experiment with self-driving technology in their shift toward electric vehicles. Intel expects Mobileye’s revenue to grow over 40% this year.

WestPark Capital analyst Ruben Roy liked the deal for the cash and greater strategic focus it could bring Intel. Roy said Mobileye should see compound annual growth of around 25% to 30% over the next several years.

(Reporting by Nivedita Balu and Chavi Mehta in Bengaluru, and Ben Klayman in Detroit; Editing by Anil D’Silva and David Gregorio) 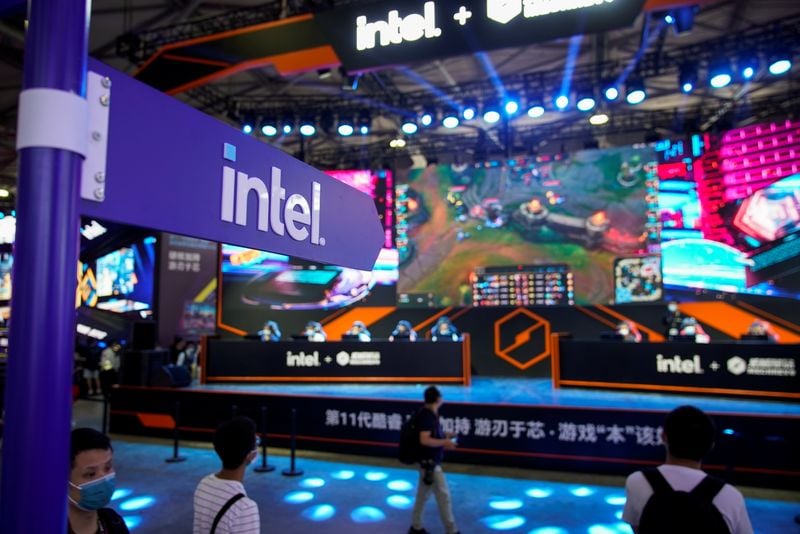