Baikonur, Kazakhstan – Japanese billionaire Yusaku Maezawa said he could barely contain his excitement a day ahead of blasting off to the International Space Station in a prelude to a more ambitious trip around the moon with Elon Musk’s SpaceX planned in 2023. The 46-year-old fashion magnate and art collector has been training at a space centre outside Moscow in recent months before becoming the first space tourist to travel to the ISS in more than a decade.

Maezawa will travel aboard a Soyuz spacecraft, which will launch from the Baikonur cosmodrome in Kazakhstan on Wednesday, accompanied by his assistant Yozo Hirano, who will document the journey, and Russian cosmonaut Alexander Misurkin. Speaking from Baikonur ahead of his 12-day space journey, Maezawa said flying into space had been a childhood dream.

“I’m excited. I feel like an elementary school student about to go on a outing,” Maezawa said at a news conference. “I didn’t think I would be able to go to space. I used to like the starry sky and heavenly bodies. I feel fortunate to have this opportunity and to finally fulfil my dream.”

The billionaire has been chronicling his preparations, including demonstrating his space suit and riding a centrifuge, in social media posts, with plans to post more from space.

During his 100 days in training, Maezawa said he had enjoyed parabolic flight, where weightlessness is induced for short periods on an adapted plane, but found training in a spinning chair tough.

The entrepreneur, who was wearing a blue flight suit with a badge reading “world peace”, said he had struggled to learn Russian to communicate with his trainers and looked forward to eating sushi when he returns to Earth.

Maezawa will become the first private passenger on the SpaceX moon trip, as commercial firms including Jeff Bezos’ Blue Origin usher in a new age of space travel for wealthy clients. The billionaire, who sold his online fashion business Zozo to SoftBank in 2019, is searching for eight people who will join him in his moon voyage in 2023, requiring applicants to pass medical tests and an interview.

Maezawa has become a household name in Japan through his penchant for private jets and supercars, cash giveaways to Twitter followers and celebrity girlfriends in a country known for its conformist, corporate culture.

Maezawa will be the first Japanese private citizen in space since TV journalist Toyohiro Akiyama visited the Mir space station in 1990. 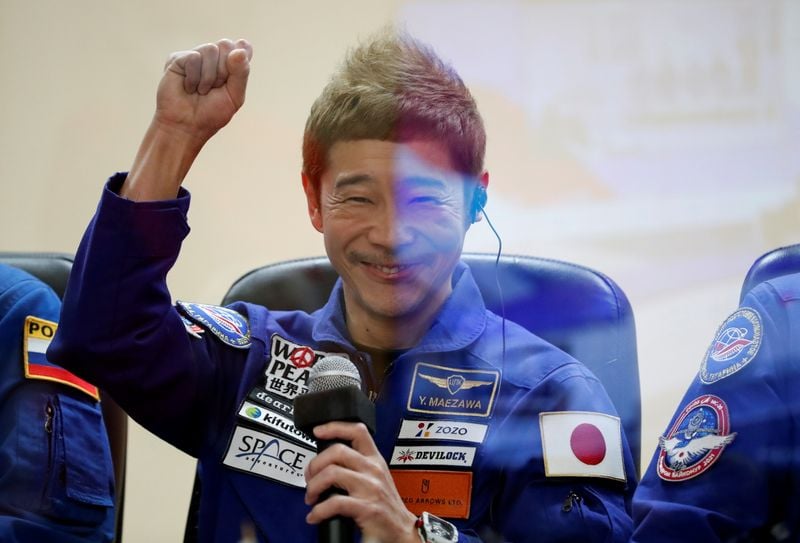 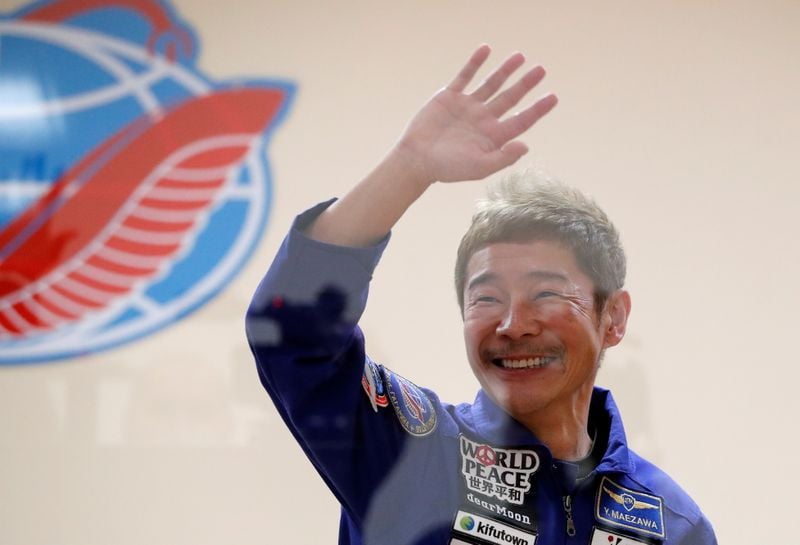 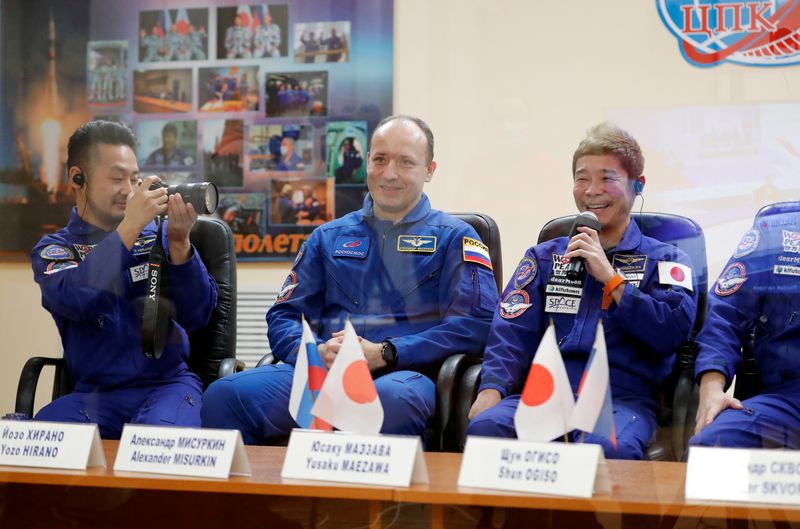