WASHINGTON – The chief executives of American Airlines, United Airlines and Southwest Airlines will testify on Dec. 15 at an oversight hearing before the Senate Commerce Committee on the impact of $54 billion in COVID-19 government payroll support for U.S. airlines.

The hearing will look at “the effect on the airline industry’s workforce, and the effect of airline operational performance on American consumers,” according to a committee statement.

American CEO Doug Parker and Southwest Gary Kelly, who are both stepping down in early 2022, will testify, as will United CEO Scott Kirby.

Lawmakers are expected to quiz executives about how carriers used pandemic-related federal aid, staffing issues and other matters.

U.S. airlines and carriers around the world were hard hit by reduced business and tourist travel during the COVID-19 pandemic. Starting in March 2020, Congress approved three rounds of taxpayer bailouts totaling $54 billion to cover much of U.S. airline payroll costs through Sept. 30 of this year as a result of the pandemic.

Nelson said in October that the airline industry “created a COVID-19 relief plan that no other industry got.”

Lawmakers want to know if voluntary employee buyouts offered by airlines, despite receiving payroll assistance, caused operational problems at some carriers that have resulted in the cancellation of hundreds of flights in recent months.

The leaders of the U.S. House of Representatives Transportation Committee separately have asked industry trade group Airlines for America (A4A) to answer questions about the government payroll aid that the carriers received.

A4A said in a response letter Tuesday, the assistance program “was an overwhelming success… that kept employees on the job with a paycheck, healthcare and retirement contributions.” Without it, the group added, “U.S. airlines would have been forced to implement massive layoffs, dramatically reduce service and cancel fleet orders.”

(This story corrects headline to show Southwest CEO, not Delta CEO among those testifying) 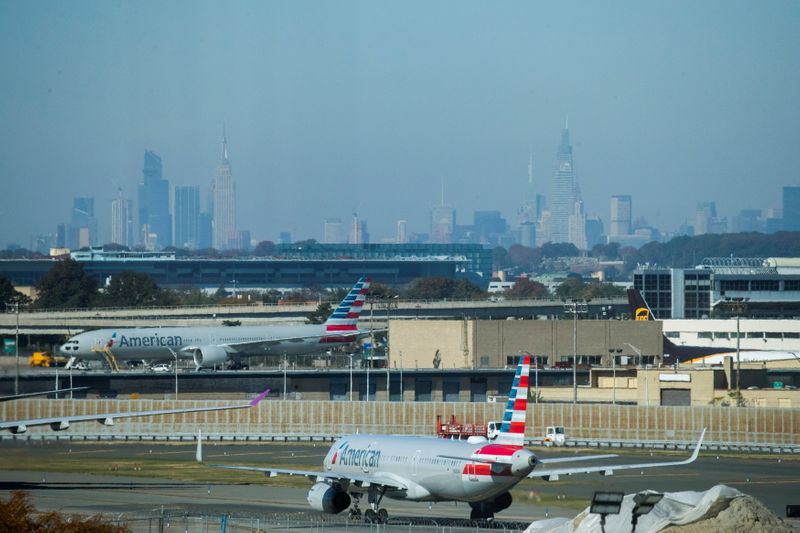