EL LAUREL, Honduras/LA LAGUNETA, Guatemala – The four sons of María Bonilla and Esteban Funes all embarked on the treacherous journey north, one of them aged 10, preferring the life of an unauthorized migrant in America to a coffee farmer in Central America.

“If I didn’t have my mom, I would also go to the U.S. It’s better there. Here, no one is solvent,” said 40-year-old Bonilla, who’s still trying to beat the odds and turn a profit at her family farm in El Laurel, northeast Honduras.

Coffee doesn’t pay for many of the hundreds of thousands of Central American farmers who produce the delicate arabica beans for the world’s finest grounds. Increasingly, they are giving up, becoming part of a broader migrant flow to the U.S.-Mexico border that U.S. data shows has hit a record high this year.

Francisca Hernández, 48, told Reuters that about a tenth of the 1,000 coffee farmers in her hamlet of La Laguneta in southern Guatemala had left this year for the United States. They included her 23-year-old son who was arrested in Mexico while trying get to the U.S. border despite having paid $10,000 to a coyote, or people smuggler.

He eventually made it across the border in February this year, and now works in a restaurant in Ohio, sending about $300 a month back home.

Migrant surges have occurred periodically from parts of Central America as fortunes fluctuated in the coffee sector, which almost 5 million people in the region – roughly 10% – rely on to survive, according to the SICA inter-governmental group.

Yet this year has been particularly ruinous, according to interviews with about a dozen farmers across the region, the heads of one regional and three national coffee institutes plus an executive at a U.S.-based international coffee association.

Farmers who had been racking up losses and debts for several years from falling world prices and the loss of business to Brazil, have now been swamped by a devastating resurgence of “Roya”, or coffee leaf rust disease.

The fungal pathogen has been revived by the intense humidity brought by the hurricanes Eta and Iota which ripped through Central America in late 2020, destroying crops and displacing hundreds of thousands of people.

Production in the region, where labor-intensive hand-picking of coffee is a way of life for many, has dropped by 10% since late 2017 and is expected to fall further in the season ahead. This means the global coffee market will become more dependent on mass, mechanized producers like Brazil, and increasingly vulnerable to price spikes if extreme weather hits the country’s crops.

The decision of farmers to migrate north is a last resort, León-Gómez said. They have been producing at a loss for years and often also working on larger farms to make ends meet, he added.

“They’re killing themselves. That’s the thing.”

U.S. Customs and Border Protection (CBP) say they made 1.7 million apprehensions at the border with Mexico in the last fiscal year which ended on Sept. 30, the highest number ever recorded. That was double the level in 2019 and more than four times the number seen last year when COVID-19 lockdowns were in place.

The CBP does not break down migrants by job type, though the most recent migration data given exclusively to Reuters by the Honduran coffee institute (IHCAFE) gives some indication of the numbers involved.

The institute surveyed 990 Honduran coffee farmers and found that in three popular migration months in 2019 – May, June and July – 5.4% said at least one member of their family had left for the United States.

If that was replicated across the country’s coffee farming sector, the number of migrants would equal almost 6,000 in those months alone – equivalent to 6% of all unauthorized Hondurans seeking to cross the U.S.-Mexico border during that period, according to U.S. border data.

The survey did not capture whole families that migrated so the true figure could be higher.

Honduran authorities do not have migration figures for this year, though anecdotal reports from farmers and coffee authorities across Central America suggest a similar, if not higher, proportion of this year’s migrants are coffee farmers.

Bonilla said almost all the 55 or so coffee-farming families in El Laurel, in the state of Olancho, have seen members migrate over the past four years, while about 10 entire families have abandoned their farms altogether and headed north.

The CBP apprehensions data does not cover people who succeed in crossing the border illegally.

This group includes Hernández’ son and Bonilla’s four sons, who have all set off northwards since 2018 in search of a better life.

Hand-picking coffee has been a way of life for centuries in poor, mountainous parts of Central America, in areas too steep, thin-soiled or forested to grow much else. The region produces about 15% of the world’s arabica, the smooth-flavored beans favored over the rougher robusta by many coffee connoisseurs.

Yet output has plunged 10% in the four years since October 2017, industry data shows, as farmers accumulated losses amid falling world coffee prices. Production is expected to fall another 3% in the current 2021/22 season, despite robust global demand and prices, industry data shows.

Prices recovered in the middle of this year due to frost and drought in Brazil and COVID-related logistics snarls, and some farmers were able to break even for the 2020/21 season that ended on Sept. 30.

Yet the farmers and officials interviewed said that, with output still falling in Central America because of the resurgent Roya disease, making a living from farming coffee will remain a struggle.

Output is just as important as price in determining profits, because it lowers costs by increasing economies of scale for inputs like seedlings, fertilizer and pesticides.

Roya first broke out in the region in 2012, and by 2014, over half of the coffee crops had been affected, before it was largely brought under control.

The humidity brought by the two hurricanes of 2020, which themselves wreaked $3.3 billion worth of damage to regional economies, boosted the prevalence of the disease from low single digit percentages of coffee plants in the 2019/20 season to 15-25% in 2020/21, according to industry data.

Eugenio Bonilla, a 56-year-old coffee farmer from El Laurel and brother of Maria, said his production nearly halved in the 2020/21 season, mostly because of Roya.

“It’s useless that coffee prices have been improving if the trees are not in good condition,” he said.

Eugenio said some farmers in his hamlet had suffered eight years of losses.

Their margins are razor-thin, with around half the global coffee price going to middlemen.

“They start selling their things,” said José Magaña, 60, a farmer from the state of Santa Ana in El Salvador. “If they have a couple of oxen, in the case of small coffee growers, they sell it. If someone is a medium-sized coffee grower, he sells a house, sells other things to be able to work the farms.”

Carlos Landaverde’s farm in Santa Ana was seized by the bank earlier this year. The 44-year-old said he was undeterred by the prospective perils of migrating with his family. 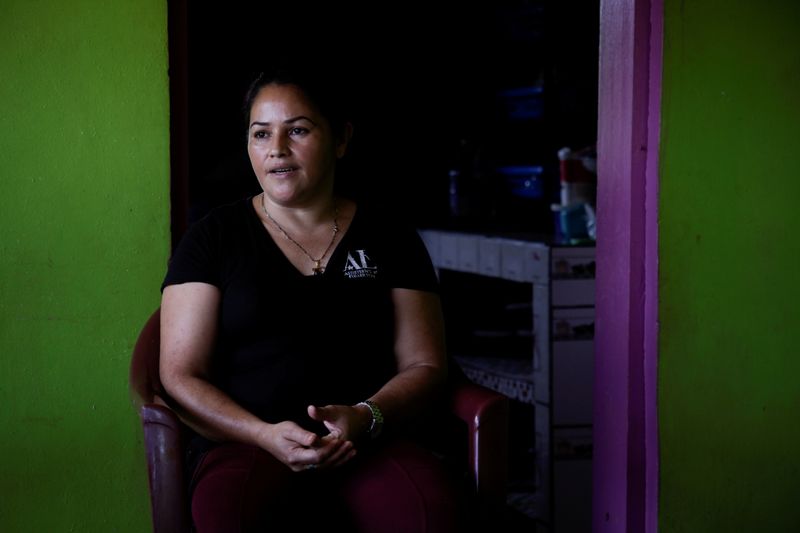 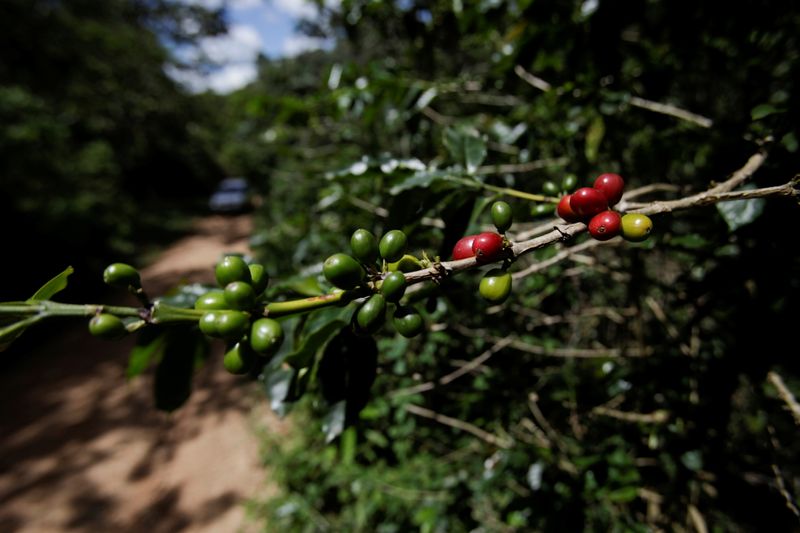 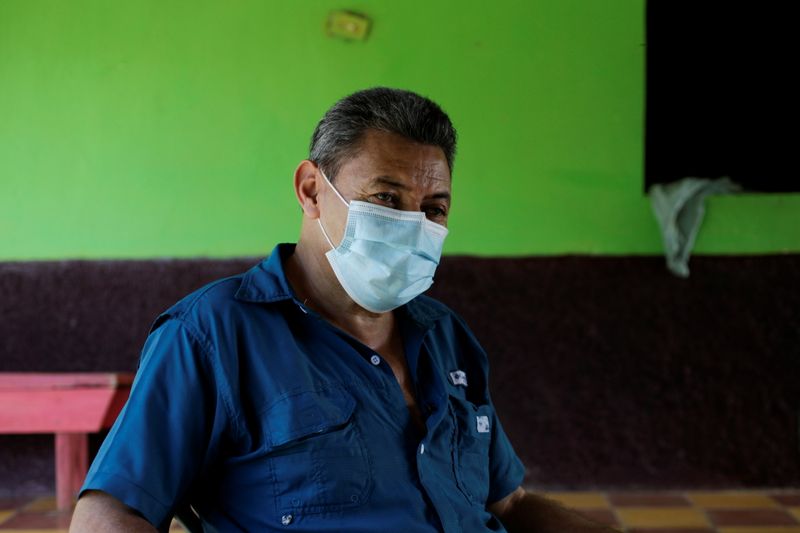 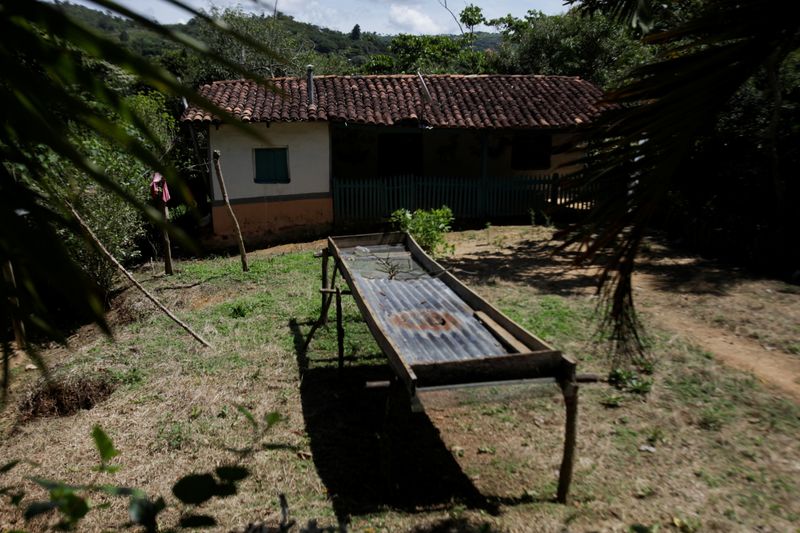 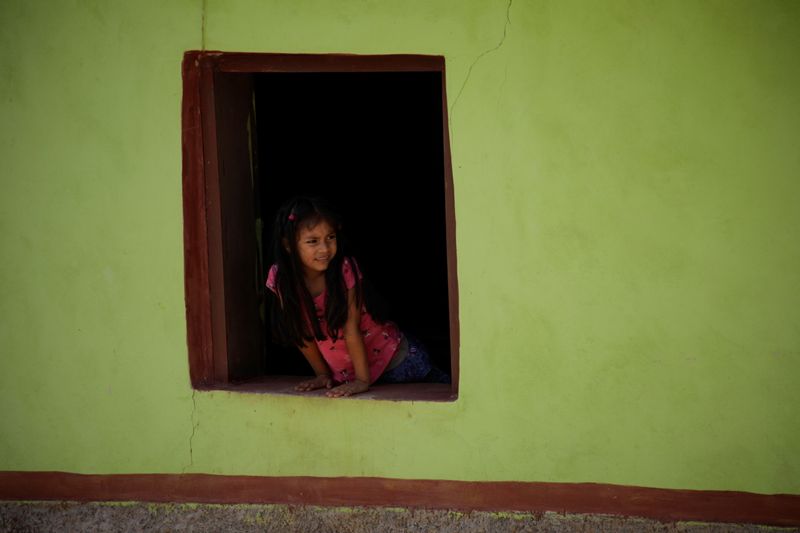