LONDON – British employers’ hunt for staff pushed pay for new hires up by the most in at least 24 years, according to a survey published on Thursday as the Bank of England begins discussing whether to cool inflation pressure with an interest rate hike.

The Recruitment and Employment Confederation said permanent placements of workers sped up in November to hit its fifth-fastest pace since its surveys began in 1997, pushing up these workers’ pay by a record amount. Temporary hiring also accelerated.

Governor Andrew Bailey and other BoE officials have voiced concern that the shortage of candidates to fill near-record levels of vacancies could fuel a surge in pay that causes the recent jump in inflation to become entrenched.

“The current trajectory is unsustainable in the long run for businesses and the wider economic recovery,” Claire Warnes, head of education, skills and productivity at KPMG UK, which produces the survey with REC, said.

Better skills training, more labour market flexibility and improved transport links were all important for making sure the labour market continued to function well, she said.

Official measures of broader pay trends have also shown a jump in wages but stripping out distortions caused by the pandemic, growth in earnings could be as low as an annual 3.4%, less than inflation.

The REC survey showed a further fall in candidate supply last month, albeit a less severe one than in October. Demand for staff rose again but at the slowest pace in six months.

Neil Carberry, REC’s chief executive, said it was too early to tell the effect of the Omicron variant of the coronavirus, which was unknown when the survey took place from Nov. 12-24.

“December may be slower than previous months as its effects feed through,” he said. “Hospitality will be in the forefront of any changes as we approach the festive season, of course, and the impact of high inflation will also be felt as purses tighten in January.”


Some BoE officials have said they want to understand the potential economic impact of Omicron before any decision to raise borrowing costs. Financial markets see a reduced chance of a rate hike on Dec. 16, at the end of the central bank’s December meetings which begin this week. 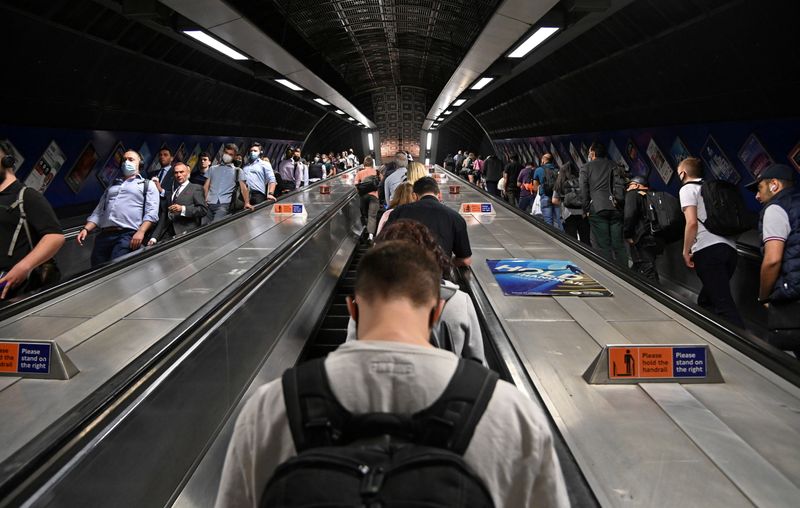