By Judy Hua and Kevin Yao

BEIJING – New bank lending in China rose less than expected in November from the previous month even as the central bank seeks to bolster slowing growth in the world’s second-biggest economy.

Chinese banks extended 1.27 trillion yuan ($200.19 billion) in new yuan loans in November, up from October but falling short of analysts’ expectations, according to data released by the People’s Bank of China (PBOC) on Thursday.

The new loan figure was the weakest for the month of November since 2018, though broader credit growth ticked up.

Analysts polled by Reuters had predicted new loans would rise to 1.56 trillion yuan in November from 826.2 billion yuan the previous month and 1.43 trillion yuan a year earlier.

“We think credit growth could edge up further in the coming months given intensifying efforts to push down borrowing costs and support the housing market,” Julian Evans-Pritchard at Capital Economics said in a note.

“That said, policymakers still appear to be trying to balance their desire to soften the economic downturn with their concerns over high debt levels. As such, we don’t foresee a sharp jump in lending of the kind that could drive a pronounced rebound in growth.”

China’s economy, which staged an impressive rebound from last year’s pandemic slump, has lost momentum in recent months as it grapples with surging prices, a slowing manufacturing sector, debt problems in the property market and persistent COVID-19 outbreaks.

The central bank said on Monday it would cut the reserve requirement ratio (RRR) for banks on Dec. 15, its second such move this year, releasing 1.2 trillion yuan in long-term liquidity to bolster slowing growth.

On Tuesday, the PBOC cut the rates on its relending facility by 25 basis points (bps) to support the rural sector and small firms.

Barclays expects one round of 5-10 bps cuts on the rates of open market operations, the medium-term lending facility and benchmark loan prime rate, or LPR, by March 2022 and one more RRR cut in the first quarter. Citi expects a 25 bps rate cut in the second quarter of 2022 and another RRR cut sometime next year.

Growth of outstanding total social financing (TSF), a broad measure of credit and liquidity in the economy — closely watched indicator — picked up slightly to 10.1% in November from a year earlier and from 10.0% in October.

China says it will continue to implement proactive fiscal policy and prudent monetary policy next year. It will keep economic operations within a reasonable range in 2022, the Politburo, the country’s top-decision making body, said this week.

Broad M2 money supply grew 8.5% from a year earlier, central bank data showed, below estimates of 8.7% forecast in the Reuters poll. M2 grew 8.7% in October from a year ago. 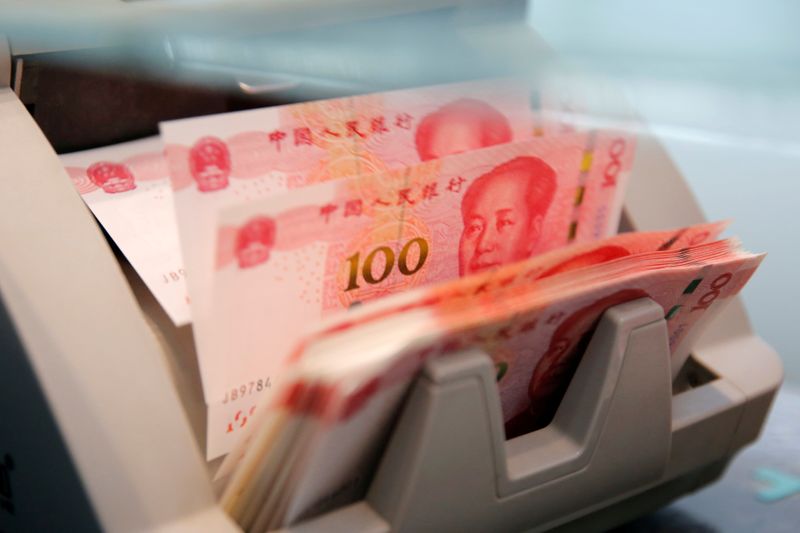