MEXICO CITY – Mexican annual inflation accelerated faster than expected in November to its highest level in over two decades, official data showed on Thursday, reinforcing bets the central bank will raise its benchmark interest rate again when it meets next week.

Figures from national statistics agency INEGI showed inflation in Latin America’s No. 2 economy jumped to 7.37% last month from 6.24% in October. That compared with the consensus forecast of a Reuters poll for 7.22%.

The November figure took inflation to its highest level since January 2001.

The core rate of inflation, which strips out some volatile items, reached 5.67%.

The Bank of Mexico (Banxico) last month raised its benchmark interest rate by 25 basis points to 5%, the fourth consecutive hike. It also revised up its expectations for Mexican inflation at the close of this year.

Banxico’s final monetary policy meeting for the year is due on Dec. 16. The bank targets inflation of 3%, with a one percentage point tolerance range above and below that.

Earlier this week, Irene Espinosa, a member of the central bank’s board, said Banxico’s monetary policy stance continues to be accommodative and that it should respond forcefully to anchor inflation expectations.

Month-on-month, Mexican consumer prices increased by 1.14% in November, the INEGI data showed. Meanwhile, the core index of prices rose by 0.37% from October. 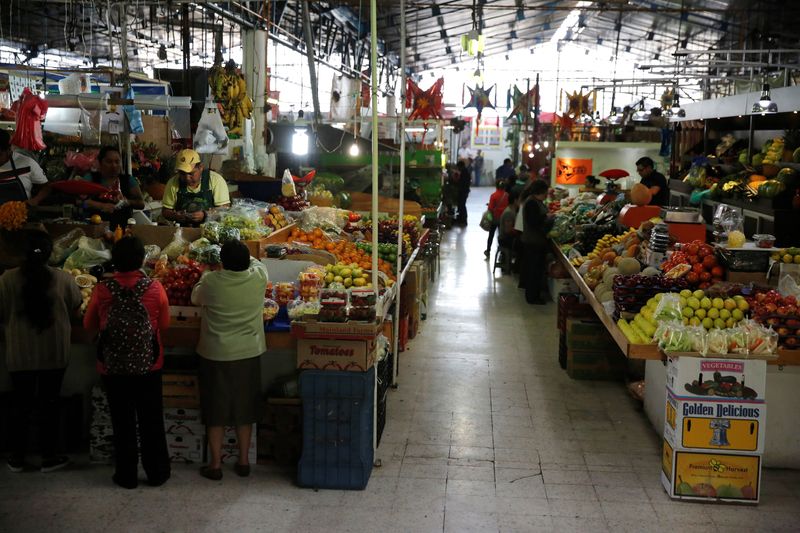