NEW YORK -The New York City Council on Thursday passed a measure that would enable hundreds of thousands of non-citizen immigrants who are in the country legally to vote in municipal elections.

If the bill is signed into law by Mayor Bill de Blasio, New York would become the largest U.S. city to allow non-citizens to participate in elections.

It would enable more than 800,000 permanent U.S. residents, or green-card holders, and other legally documented non-citizens to take part in elections for city leaders, including the mayor. Non-citizen residents would not be allowed to vote in state or federal elections.

“I am proud to be voting on legislation that will give the right to vote to green card holders and people who are authorized to work in the United States of America,” Council Speaker Corey Johnson said before the vote.

“Immigrants pay taxes,” he said. “They use city services. Their kids go to our public schools. They are part of our community, and they deserve a say in local government.”

The measure, which passed 33-to-14, just short of a veto-proof two-thirds majority, sparked an debate that was often emotional, with many members invoking their own immigrant family histories. Some said the bill’s 30-day residency requirement was too short.

The 51-member body defeated an effort by the council’s three Republican members and several Democrats to send the bill back to a committee to lengthen the residency requirement.

“Thirty days is not enough for someone to decide who’s going to represent the greatest city in the world,” said Council Member Paul Vallone, a Democrat who voted with Republicans.

Some members also questioned whether the bill would pass legal muster, asserting that the state constitution bestows voting rights to “every citizen.”

Those concerns were shared by de Blasio, who cited misgivings over “outstanding legal questions” about the city’s authority to enact such a measure. But he suggested on Wednesday that he would still sign the legislation.

“I respect the City Council,” de Blasio told a reporter at a briefing. “My assumption is I’m just going to respect whatever they do.”

A report last year by the mayor’s office estimated that nearly 10% of the city’s 8.8 million residents were green-card holders or other immigrants with legal status.

New York would join at least 14 U.S. cities, including San Francisco, already allow non-citizens to vote in their municipal elections. 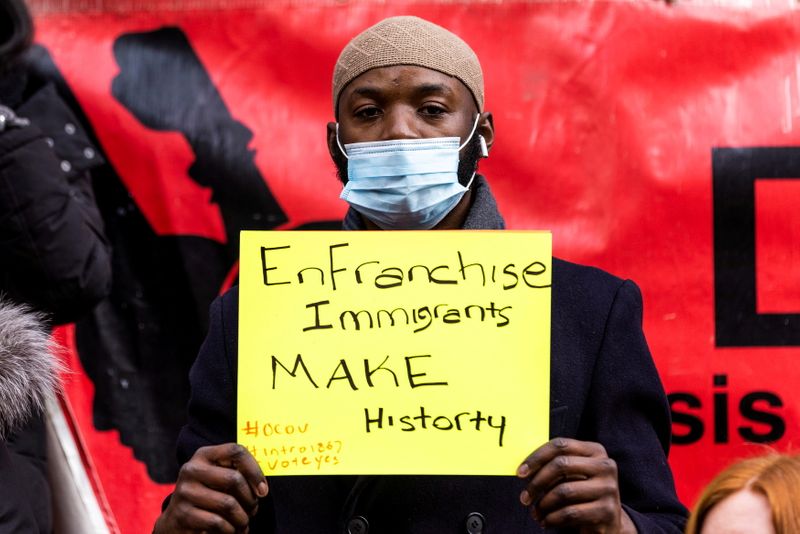 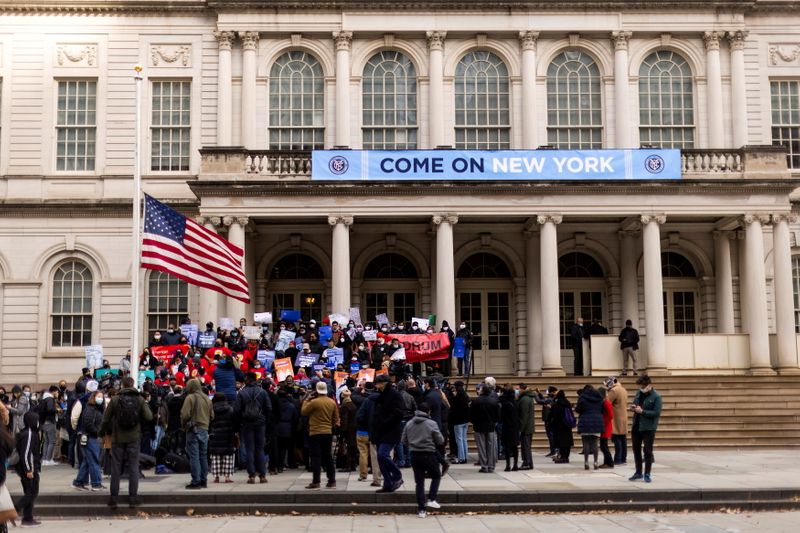