CHICAGO -Tyson Foods Inc plans to spend more than $1.3 billion to increase automation in meat plants over the next three years, Chief Executive Donnie King said on Thursday, as a U.S. labor shortage has limited production while demand is booming.

Meat processors have been unable to find enough workers for the past two years due to the tight labor market and health concerns during the COVID-19 pandemic.

Tyson expects to boost production and reduce labor costs by expanding automation, with cumulative savings of more than $450 million projected by fiscal year 2024, King said on a webcast for investors.

The company will increasingly use machines, instead of people, to debone chicken, one of its most labor-intensive jobs and a position with high turnover, said David Bray, group president of Tyson’s poultry division. A capital investment of $500 million in the area through fiscal year 2024 will generate labor savings equal to more than 2,000 jobs, he said.

Profitability in Tyson’s chicken unit has declined partly due to the labor shortage and because processing plants are operating below full capacity, Bray said.

“We are not servicing our customers to the degree that they expect us to,” Bray said.

Related News:   Factbox-Who wants what in a reshaped Telecom Italia

The company aims to slaughter 47 million birds a week over time, reaching about 98% capacity utilization, to meet strong demand, he said.

“Demand is outpacing supply,” he said.

Tyson shifted production during the pandemic to adapt to soaring demand at grocery stores and reduced sales at restaurants.

About 59,000 U.S. meatpacking workers were infected with COVID-19 through January at plants run by Tyson and competitors, according to a U.S. House of Representatives subcommittee report. 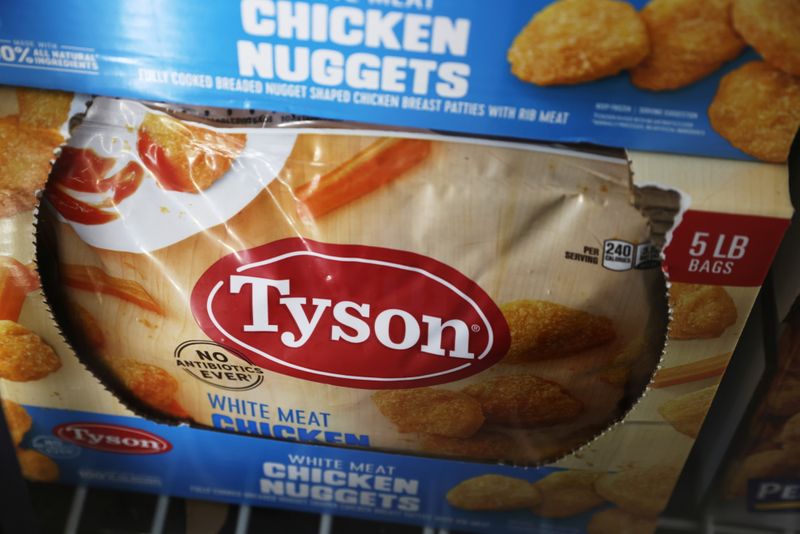