By Sujata Rao and Jonathan Saul

LONDON – Much like the coronavirus pandemic, and the economic disruption that it has caused, a global shipping crisis looks set to go on delaying goods traffic and fuelling inflation well into 2023.

Shipping rarely figures in economists’ inflation and GDP calculations, and companies tend to fret more about raw materials and labour costs than transportation. But that might be changing.

The cost of shipping a 40-foot container (FEU) unit has eased some 15% from record highs above $11,000 touched in September, according to the Freightos FBX index. But before the pandemic, the same container cost just $1,300.

With 90% of the world’s merchandise shipped by sea, it risks exacerbating global inflation that is already proving more troublesome than anticipated.

Peter Sand, chief analyst at the freight rate benchmarking platform Xeneta, does not expect container shipping costs to normalise before 2023.

“This means the higher cost of logistics is not a transitory phenomenon,” Sand said. “For inflation, that means trouble … The element of shipping, in overall prices, small as it may be, is much bigger than ever before, and it could be a permanent lift to prices going forward.”

Ocean transport costs initially leapt after a six-day blockage of the Suez Canal in March caused backlogs worldwide. That tightened an already strained vessel-hiring market as uncertainty about future fuel and emissions regulation had driven orders for new ships to record lows.

Then came a surge in demand for goods from consumers in coronavirus lockdowns, while dockyards were struggling with COVID-related labour shortages.

In early November, 11% of the world’s loaded container volume was being held up in logjams, down from August peaks but well above the pre-pandemic 7%, Berenberg analysts estimate.

In late October at Los Angeles/Long Beach, one of the world’s biggest container ports, ships were taking twice as long to turn around as before the pandemic, RBC Capital Markets estimates.

Although the worst may be past, RBC analyst Michael Tran does not see freight prices returning to pre-pandemic levels for another couple of years.

Even if plans to unload an extra 3,500 containers each week are implemented, the Los Angeles/Long Beach backlog is unlikely to clear before 2023, he said.

“The softening in prices we saw at the end of September is a false dawn. What we see from a big-data perspective is that things are not getting materially better.” (Graphic: Shipping rates, https://fingfx.thomsonreuters.com/gfx/mkt/egpbkoowevq/shipping.PNG)

A United Nations report said last month that high freight rates were threatening the global recovery, suggesting they could boost global import prices by 11% and consumer prices by 1.5% between now and 2023.

The impact also ripples out; a 10% rise in container freight rates cuts U.S. and European industrial production by more than 1%.

The report noted that cheaper goods will proportionally rise more in price than dearer ones, and that poor nations producing low-value-added items such as furniture and textiles will take the biggest hit to competitiveness.

The retail price of a low-end refrigerator will rise 24% compared with 6.5% for a costlier brand, Ben May, head of macro research at Oxford Economics said, adding: “Companies may just stop shipping very cheap fridges, as it just won’t be worth it.”

The shipping boom was expected to abate as economic reopening allowed people to spend on travel and dining out rather than clothing or appliances.

But that theory is being challenged by new COVID variants, and the huge pandemic-time savings that customers could channel into even more goods.

With the U.S. inventory-sales ratio near record lows, businesses will also need to restock.

“This will support demand for goods through the first half of next year,” Unicredit analysts said. (Graphic: Inventories, https://fingfx.thomsonreuters.com/gfx/mkt/lgvdwooeqpo/Pasted%20image%201638982628082.png)

The problem could get worse if smaller companies are unable to meet their commercial obligations and struggle to stay afloat, said James Gellert, CEO of analytics company RapidRatings:

“These time bombs are riddled through large enterprises’ supply chains and will present many problems for their customers who rely on their goods and services.”

Real relief may come only when more vessels appear.

Ship orders have risen significantly this year. But it takes three years to build and deliver one, and it will be 2024 before sizeable new tonnage hits the water, senior ING economist Rico Luman predicted. (Graphic: New ship orders have surged this year, https://graphics.reuters.com/SHIPPING-ECONOMY/mypmnaawzvr/chart.png) 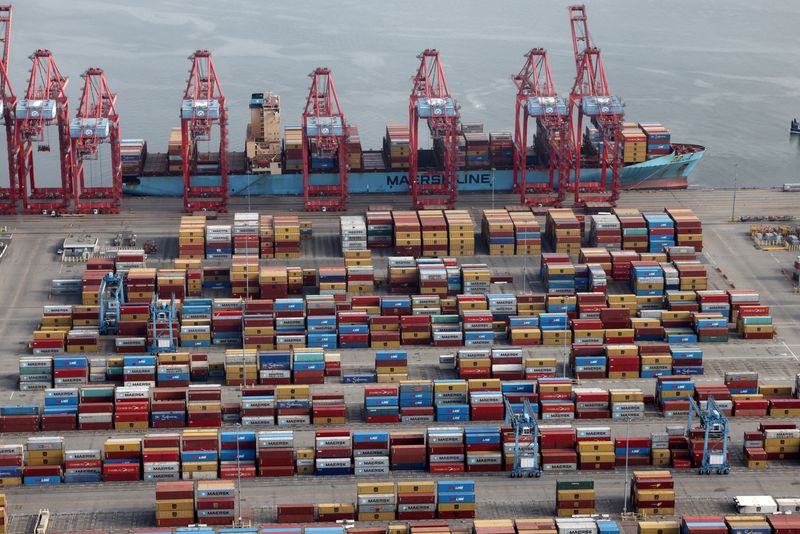 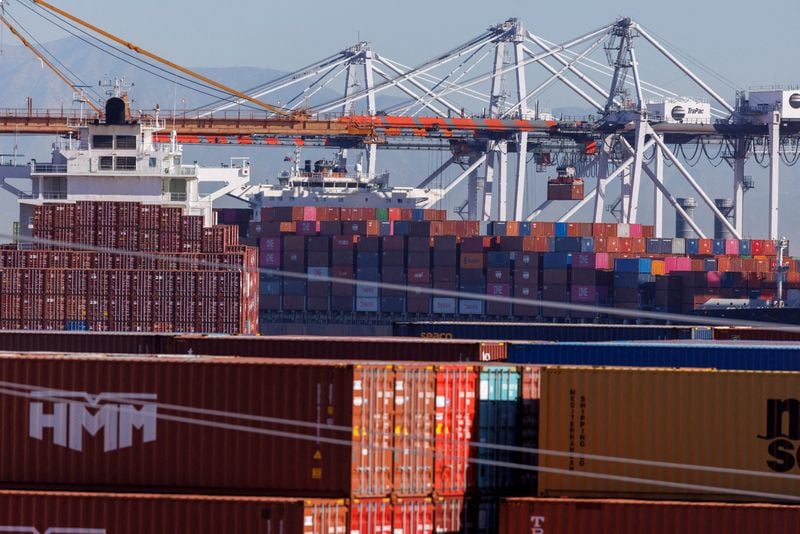 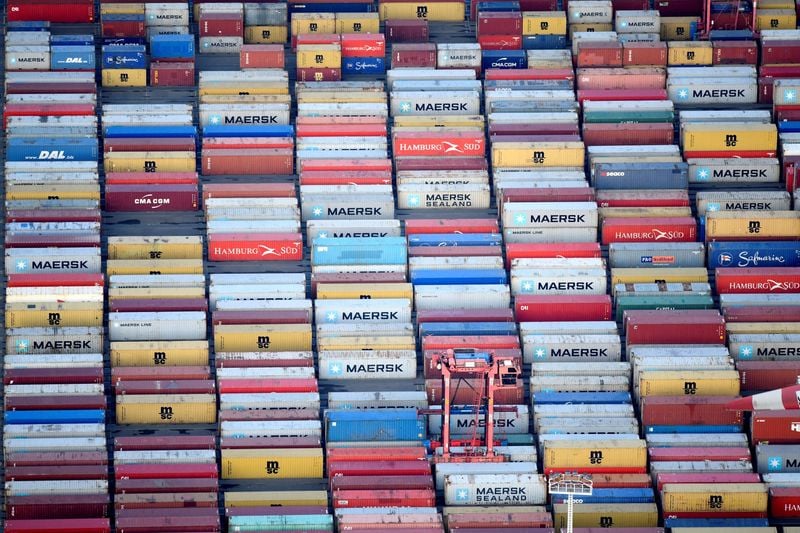 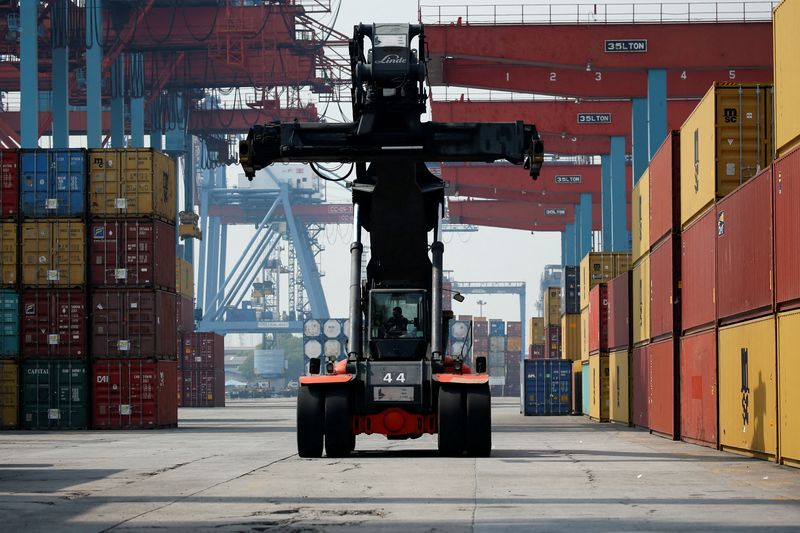 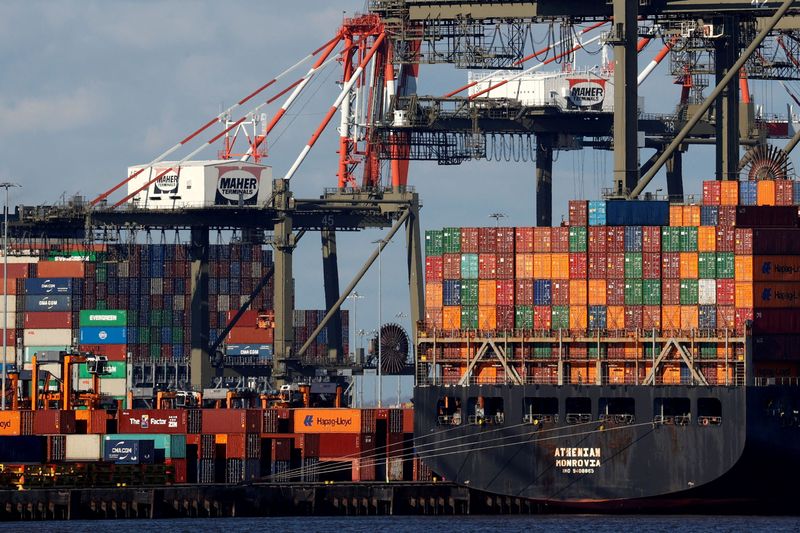