By Gus Trompiz and Michael Hogan

PARIS – Chinese buyers have been making large purchases of French wheat and barley along with Ukrainian corn and barley in the last week, trade sources said, taking advantage of a pause in surging prices to cover some of their feed grain needs.

While the total volumes bought were not yet clear, the sources said importers had secured at least several hundred thousand tonnes of grain from France and Ukraine.

The Chinese buyers also made major purchases of Australian feed wheat that again represented at least several hundred thousand tonnes, some of the sources added.

The deals point to China’s continued major grain import requirement, despite the arrival of its domestic corn crop and difficulties in its pig industry, and further illustrate the readiness of buyers to seize on falls in international prices.

Wheat futures soared to a nine-year high in the United States and a record peak in Europe last month, fuelled by concern about rain damage to Australia’s harvest and Russian export curbs, before retreating sharply since last week. [GRA/] [GRA/EU]

For French wheat, buyers were understood to have booked between six and 10 vessels, or potentially up to 600,000 tonnes, for shipment mainly between January and March, six traders said.

That followed smaller deals for French wheat in mid-November for two or three vessels for shipment this month, they said.

The French wheat was expected to be used mainly for livestock feed, although some may be for milling markets, the traders added.

“French wheat is currently looking attractive in price to the Chinese after falling from its peaks,” a European trader said. [GRA/EU]

“China is also believed to have been making large purchases of wheat from Australia recently with China’s economic recovery generating demand.”

The latest sales would bring cumulative exports of French wheat to China in 2021/22 to 2 million tonnes, surpassing already large volumes in the past two seasons, traders said.

Around four vessels of French barley and up to 10 cargoes of Ukrainian barley were booked for shipment mainly in July-August next year, according to at least four traders, although some said purchases may be optional deals that can be supplied from either country.

There was ongoing interest from Chinese buyers for French wheat and barley, although no further deals were reported as of early on Friday, traders said.

In corn, Chinese buyers ordered cargoes from Ukraine for January-April shipment, four sources said. Estimates of volume varied from several to 10 or more cargoes, with one source seeing overall volume as high as 1 million tonnes.

Traders estimated prices for Ukrainian corn for January-February shipment to China this week at around $270-$273 a tonne, free on board.

As in a previous round of purchases last month, Ukrainian corn appeared more expensive than U.S. supplies. Traders suggested Chinese buyers may be put off by a U.S. requirement to disclose large sales that can lead to price rises.

China is traditionally a major importer of Ukrainian corn and barley. Traders estimate Ukraine could ship 5 million tonnes of corn to China from what is expected to be a record 2021 Ukrainian crop.

(Reporting by Gus Trompiz in Paris, Michael Hogan in Hamburg, Pavel Polityuk in Kyiv and Hallie Gu in Beijing; Editing by Veronica Brown and Kirsten Donovan) 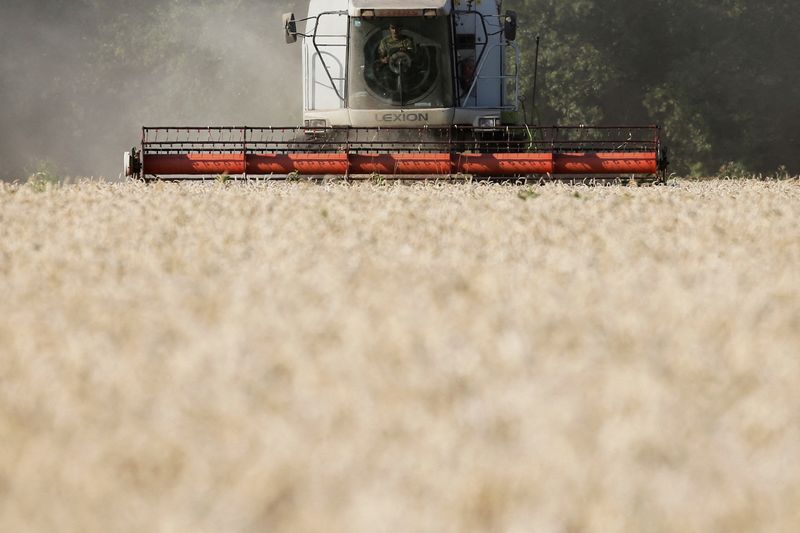