WELLINGTON – Surging interest in vaping among young New Zealanders may undermine a government crackdown on the tobacco industry and its aim to get people to kick the habit, healthcare and anti-tobacco experts said on Friday.

New Zealand plans to ban young people from ever buying cigarettes in their lifetime in one of the world’s toughest crackdowns on the tobacco industry, arguing that other efforts to stamp out smoking were taking too long.

The new regulations, however, do not cover vaping, which it said was much less harmful than smoking and can help some people to quit smoking.

“It’s fantastic having a generation that is smoke free but there is some concern around the messaging of using vaping to quit smoking, and that vaping is less harmful or without harm,” said Letitia Harding, chief executive of the Asthma and Respiratory Foundation (ARFNZ), which campaigns on behalf of people with asthma and other respiratory conditions.

Vaping involves heating a liquid that contains nicotine in what is called an e-cigarette and turning it into a vapour that users inhale. Its long-term health impacts are largely unknown.


The findings showed a marked increase in vaping over the past two years ago.

The survey by ARFNZ and the Secondary Principals’ Association of NZ, an independent organisation representing head teachers, found young people are picking up high nicotine vapes without ever having smoked a cigarette, and quickly becoming addicted to nicotine.

“We absolutely have a problem of vaping and in 15 years we’ll be trying to get these youth out of vapes,” Harding said.

New Zealand was late in regulating vaping and is still relatively liberal, allowing up to 60 milligrams of nicotine per millimetre of liquid compared with the EU which has a 20 milligram cap.

Australia said in October that people would no longer be able to buy nicotine vaping products without a prescription.

“Ultimately, tobacco is one of the deadliest substances that people can take and vapes do not have the harms associated with them, and that’s why we’re taking a risk-proportionate approach to these choices,” Associate Health Minister Ayesha Verrall said on Thursday while announcing the smoking ban.


Only some 11.6% of New Zealanders over the age of 15 smoke cigarettes but a falling smoking rate has been closely linked with a rising vaping rate, with about 600 approved vaping retailers to meet the demand.

The World Health Organization said in July that the tobacco industry’s sleek marketing is attracting youngsters to e-cigarettes, which can lead to tobacco addiction.

Large Tobacco firms were quick to switch to e-cigarettes that offer different flavours and create designs targeting a new generation of users.

Marlboro cigarette maker Philip Morris now sells IQOS, a device that heats up but does not burn packages of ground-up tobacco, to create a nicotine-filled aerosol similar to that produced by e-cigarettes.

Vaping can be effective for adults who want to quit but it is being targeted at young people, said Associate Professor Collin Tukuitonga, at the Faculty of Medical and Health Sciences, University of Auckland.

“It’s inevitable that people pick up vaping because access to tobacco is becoming really difficult. So there needs to be a planned and considered social media campaign on dangers of vaping,” he said. 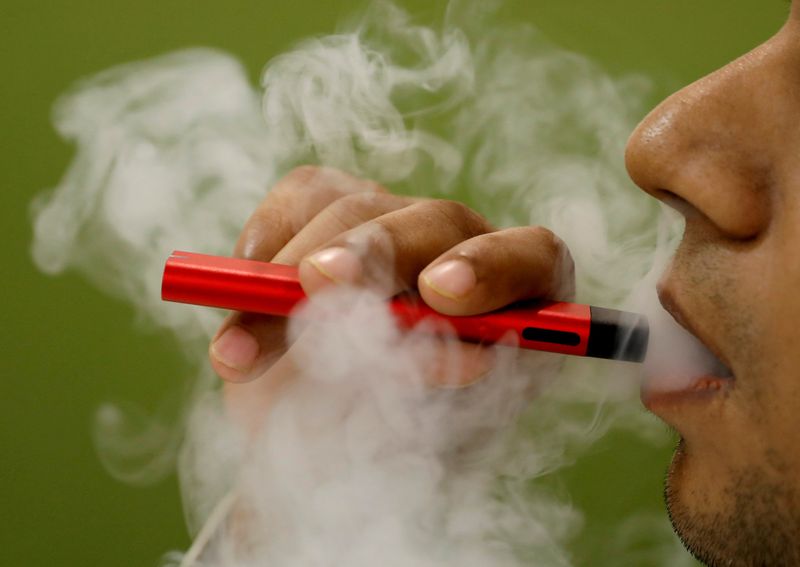