PARIS – A British minister has offered to mediate in a row between Airbus and Qatar Airways over costly flaws on the surface of the aircraft maker’s A350 passenger jets, three people familiar with the matter said.

Investment Minister Gerry Grimstone made the offer to host a meeting between the sparring groups before the row escalated on Thursday, with Airbus threatening to use a procedure in the English courts to seek an independent legal assessment.

Asked by Reuters about the prior offer of mediation, a UK official on Friday confirmed the proposal and said it reflected “the importance of Airbus and Qatari investment to the UK”.

Airbus and Qatar Airways both declined to comment. People familiar with the situation said there were few signs that the offer was being taken up as the two sides head towards a legal fight over the impact of paint and other skin flaws on the jets.

Qatar Airways says it has been ordered by its regulator to ground 20 of its 53 A350 jets over damage to a layer of anti-lightning protection, arguing that absence of a root cause has left it unable to determine whether safety is affected.

Airbus says that it does understand the cause and on Thursday accused the Gulf carrier of misrepresenting the problem as a safety issue and of refusing to accept a repair plan.

Industry experts say the deteriorating dispute between two of aviation’s key players is unprecedented in public. A Reuters investigation revealed last week that several other airlines had also reported flaws, though none has grounded the long-haul jet.

Qatar Airways has not so far responded to the Airbus legal statement, which was issued late on Thursday ahead of a weekend in the Gulf. 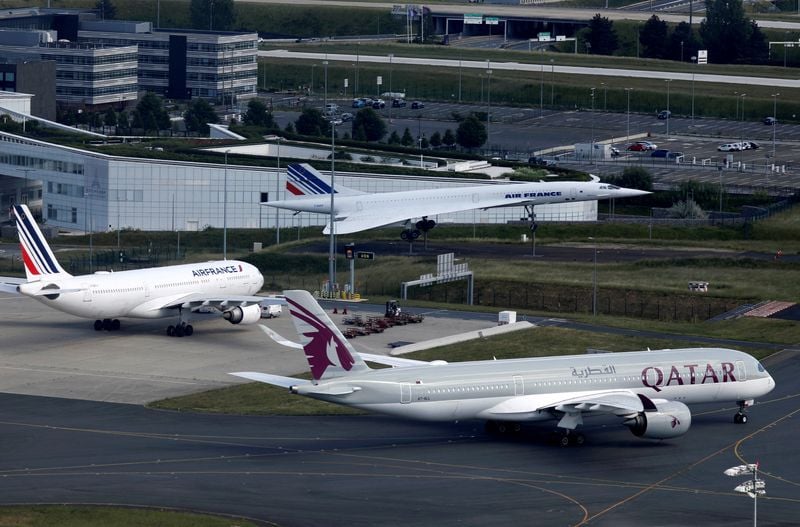