– A swarm of tornadoes that ripped across at least six U.S. states has killed more than 70 people in Kentucky and destroyed homes and businesses, officials said.

The devastation was the latest of numerous destructive tornadoes that have struck the United States, where twisters are more common than in any other country in the world. The following are five of the deadliest:

The deadliest tornado recorded in U.S. history was the Tri-State Tornado, which struck Missouri, Illinois and Indiana in 1925. According to the National Weather Service, at least 695 people died, 2,000 people were injured and 15,000 homes were destroyed in a storm that cut across the three states over three and a half hours.

On April 5, Tupelo, Mississippi was hit by at least one tornado that killed 216 people, according to the National Weather Service. The twister caused more than $3 million worth of property damage, destroyed the city’s water reservoir and battered the hospital, requiring makeshift hospitals to be set up until trains could transport the injured to neighboring towns and cities, the Mississippi Encyclopedia said.

The following day, the Georgia city of Gainesville was decimated by a separate tornado that was part of the same storm system. There, the storm killed 203 people, the National Weather Service said. Minutes after the tornadoes hit the city’s commercial district, fires erupted throughout the area, including in a garment factory where 60 employees died, according to the Digital Library of Georgia.

A tornado that spanned up to three quarters of a mile wide and packed winds of more than 200 miles per hour (322 kph) killed 161 people on May 22, 2011 after it touched down at the edge of the city and traveled on the ground across all of it, the city said.

The tornado that hit Flint, Michigan’s Beecher district on June 8, 1953 was considered to be the worst natural disaster to hit the state in the twentieth century, the National Weather Service said. It killed 116 people and injured 844 in one of eight tornadoes that were reported in Michigan that day.

1953 is considered one of the worst tornado years in the United States. A separate twister in Waco, Texas, killed 114 people earlier that spring. The day after the Beecher tornado, 90 people died in Worcester, Massachusetts from a separate tornado spawned by the same storm system.

The Shinnston tornado killed 100 people in the West Virginia community, according to the National Weather Service. It was the southernmost twister in a series that caused more than 1,000 deaths and 3,000 injuries across Ohio, West Virginia and Pennsylvania.

With World War Two underway, residents initially thought they were being bombed, one witness said, according to West Virginia Metro News. Hospitals in the area were forced to treat patients by candlelight after power was knocked out by the storm, with a traveling circus lending one hospital a generator, West Virginia Public Broadcasting reported. 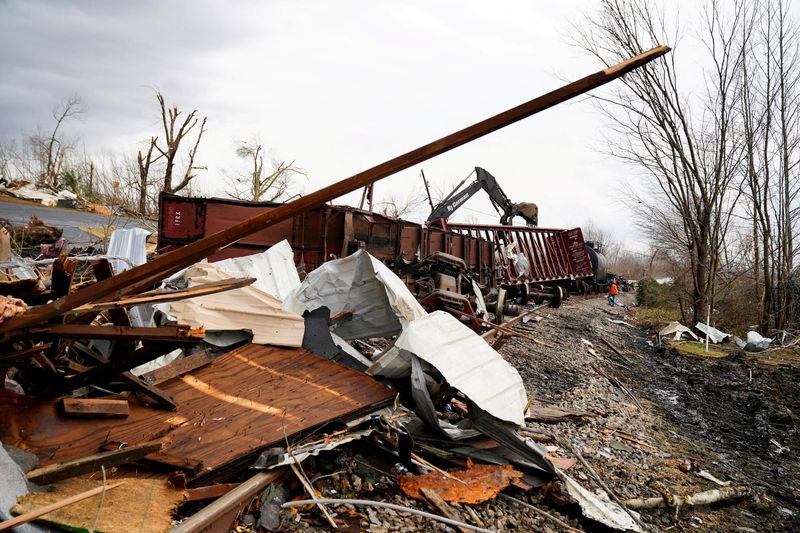