BERLIN – German Chancellor Olaf Scholz on Saturday called on members of his Social Democratic party (SPD) to back the country’s new ruling coalition, adding promises made during the election campaign now had to translate into concrete action.

Speaking at a virtual convention of the SPD at which the party’s new leadership was elected, Scholz said the new government needed to allay Germans’ fears over globalisation, climate change and digitalisation.

“I am counting on you to support this work,” said Scholz, who succeeded Angela Merkel as chancellor on Wednesday.

He added that a modern social democratic party had to convey the feeling to the public that things will “end well”, including keeping well-paid industrial jobs in Europe’s top economy.

Scholz took over after 16 years of conservative rule under Merkel, launching his three-way coalition that has pledged to boost green investment and strengthen European integration.

The convention also named new party leaders, Saskia Esken and Lars Klingbeil, who will lead the SPD as co-chiefs. Kevin Kuehnert was elected the SPD’s new general secretary, taking over from Klingbeil. 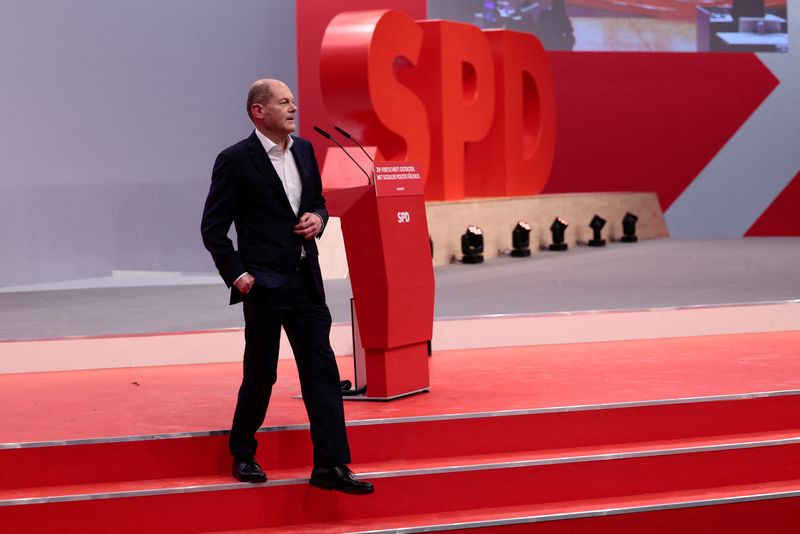