– A creeping barrage of U.S. sanctions on top Central American officials has made China an attractive partner for governments resisting Washington’s push to tackle corruption and democratic backsliding in the region, officials and analysts say.

The trend was thrust into focus this week when Nicaragua re-established ties with Beijing, severing a longstanding relationship with U.S. ally Taiwan, which relies heavily on diplomatic recognition from small countries.

Other countries in the region are also courting China. Salvadoran President Nayib Bukele ratified his country’s new economic cooperation accord with China earlier this year after Washington put close aides of his on a corruption blacklist.

Bukele, who this week accused Washington of demanding “absolute submission or bust”, in May celebrated that China had made $500 million public investments “without conditions.”

Nicaragua’s decision to embrace China followed a slew of sanctions against aides to President Daniel Ortega following his re-election for a fourth consecutive term in a campaign steeped in the arrests of leading opposition figures.

While Nicaragua’s case is “unique” in Central America due to its increasingly authoritarian bent, the international isolation of Ortega played a role in his switch to China, according to a senior U.S. official, who noted:

“As the sanctions tighten, they look for other avenues and economic partners, there is an element of that.”

Beijing offers respite from U.S. pressure, a strategy that has previously thrown economic lifelines to leaders isolated from the West elsewhere in the region, including Venezuela, said R. Evan Ellis, a professor at the U.S. Army War College.

“China, in pursuing its strategic economic interests, is sustaining authoritarian populists in power, leading to a region which is ever less democratic,” said Ellis, an expert on China’s engagement with Latin America.

Seeking to rebuff Chinese advances in the region, U.S officials have cast Beijing as an unreliable partner for nations desperate for investment to ratchet up faltering economies.

Beijing, which refutes such claims, says it deals with allies as an equal partner and does not meddle in their domestic affairs – an enticing prospect for leaders in a region where the United States has historically wielded vast influence.

In private though, Guatemalan business leaders, for example, fret that U.S. pursuit of political elites for graft will drive government officials towards more forgiving allies.

Still, Guatemalan President Alejandro Giammattei, who was not invited to a U.S. summit on democracy this week, traveled to Washington anyway and pledged his loyalty to Taiwan.

In Honduras too, the incoming government of President-elect Xiomara Castro has committed to Taipei for now, and close relations with Washington, despite openly toying with a switch to Beijing during her election campaign.

The United States has welcomed that, with the senior U.S. official saying Washington is willing to provide a “surge” in aid to help Castro https://www.reuters.com/world/americas/honduras-next-government-maintain-taiwan-ties-now-transition-team-says-2021-12-10 meet her priority of alleviating Honduras’ dire economic situation.

Still, some Castro allies, including Rodolfo Pastor, a senior member of her transition team, say his country must keep its options on China open https://news.trust.org/item/20211210182535-z0yl8, harboring the possibility that Honduras could recognize Beijing in the future.

“I suspect the price Honduras will be trying to extract from its Taiwanese patrons not to flip just went up significantly,” said Ellis at the U.S. Army War College, pointing to Nicaragua. 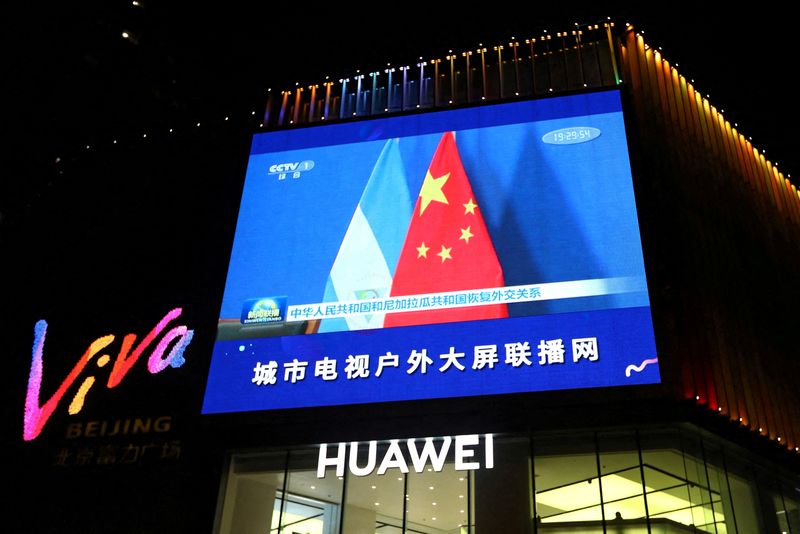