WARSAW -Germany is committed to safeguarding Ukraine’s role as a transit route for gas into Europe, Chancellor Olaf Scholz said on Sunday, as Russian troop movements along the Ukrainian border increased pressure on the Nord Stream 2 pipeline.

Nord Stream 2, which would carry Russian gas to Germany and bypass Ukraine, has not been certified due to regulatory hurdles, while Poland and the United States have demanded a halt to the pipeline should Russia invade Ukraine.

Germany’s new government, sworn in on Wednesday, has not made a public commitment to block it.

“The same goes for future opportunities,” Scholz said at a joint news conference with Polish Prime Minister Mateusz Morawiecki. “We will also help Ukraine be a country that will be a major source of renewable energy and the necessary production that results from that. We are in concrete talks around how we can help achieve that,” Scholz said.

Merkel had said the political basis for operating Nord Stream 2 was Russia’s commitment to continue to use Ukraine as a gas transit route.

Russia has amassed troops on its border with Ukraine, sparking fears of a possible invasion. U.S. President Joe Biden on Tuesday warned Russian counterpart Vladimir Putin that Nord Stream 2 could be disrupted and tough economic sanctions put in place if troops invaded.

U.S. officials have told members of Congress they have an understanding with Germany about shutting down Nord Stream 2 if Russia invades Ukraine, a senior congressional aide said on Tuesday.

German officials have not confirmed that, but Scholz said on Wednesday that there would be consequences if Russia breached Ukraine’s border, a line confirmed by the Group of Seven https://www.reuters.com/world/europe/g7-warns-russia-massive-consequences-over-ukraine-draft-statement-2021-12-12 richest democracies on Sunday.

“It is important that Europe makes clear together that we will not accept this and that we do not agree with what is happening there,” Scholz said in Poland. “We will not accept a violation of those borders.”

Germany has backed Poland’s efforts to stop the flow of migrants seeking entry from Belarus – a crisis the European Union has accused Minsk of engineering – and said it would help Warsaw and Brussels to find a solution.

Poland, and also Hungary, is embroiled in a long-running row with the European Union over issues including judicial independence, press freedom and LGBT rights, a dispute that has intensified with Brussels taking legal action against Warsaw and Budapest.

Scholz said he hoped that Poland and the EU would find a solution.

Merkel faced criticism that she could have done more to stop democratic backsliding in the east of the EU.

(Additional reporting by Joseph Nasr and Maria Sheahan in Berlin and Christoph Steitz in FrankfurtEditing by Ros Russell, David Goodman and Barbara Lewis) 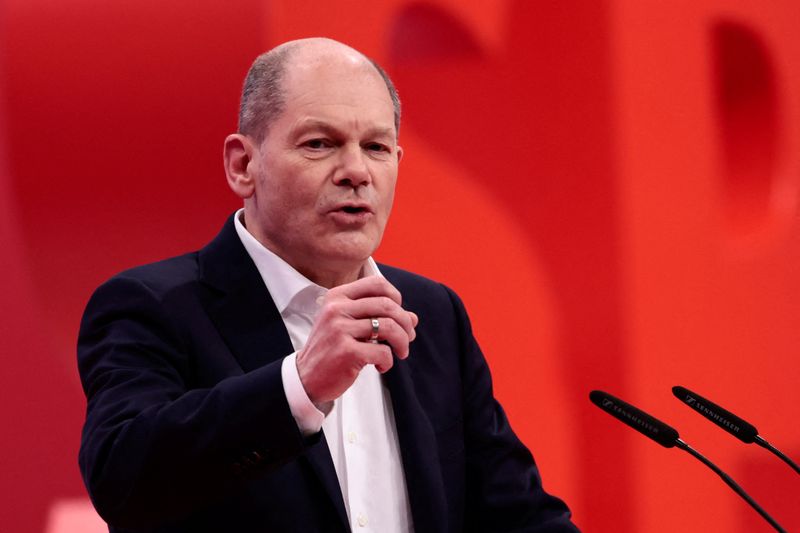