By Arundhati Dutta and Shashwat Awasthi

Shares of the grocer tumbled as much as 10.6% to A$36.26, hitting their lowest level in nearly six months, while the broader market fell 0.4%.

The downgrade is a one-off, however, and should not affect the company’s long-term outlook, said Mathan Somasundaram, chief executive of DeepData analytics.

“It was inevitable that all retail stocks return to a normal cycle after years of government handout-boosted spending … WOW is still the dominant supermarket chain and the inflation cycle works in their favour,” he said.

“The first half of FY22 has been one of the most challenging halves we have experienced in recent memory due to the far-reaching impacts of the COVID Delta strain,” Group Chief Executive Brad Banducci said.

But the company said there was good sales momentum going into the key Christmas trading period, and expects improved performance in the second half.

Woolworths estimated pandemic-related expenses of about A$150 million for the half and said supply chain disruptions due to the crisis would cost it another A$60 million to A$70 million. 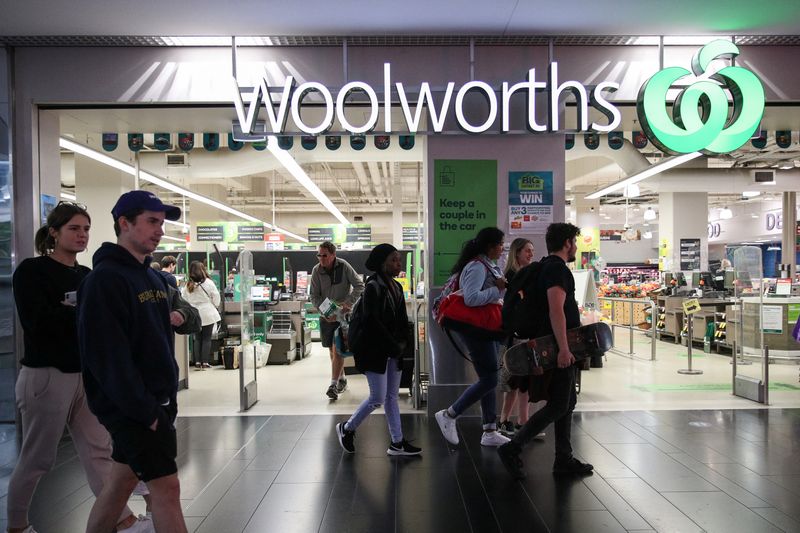