WASHINGTON – Senate Democrats hope in the coming days to pass a mammoth social spending bill they believe could help keep the party in power in next year’s crucial midterm elections, but sky-rocketing consumer prices are wreaking havoc with that plan.

Friday’s announcement that inflation was rising at the fastest pace in almost 40 years appeared to endanger the fate of the $1.75 trillion bill, while handing Republicans a new weapon with which to attack the legislation.

Frustrated by polls showing large swaths of voters are not giving Democratic President Joe Biden credit for the rebounding economy, some Democrats view the bill, dubbed Build Back Better, as a way to show voters that progress on kitchen-table economic issues is indeed being made.

“If we do not pass this bill, there is no chance of surviving in the midterms,” said Lanae Erickson, a senior vice president at Third Way, which advocates for centrist Democratic policies.

Rising prices for food, fuel and other household goods have complicated Biden’s legislative push. Friday’s report showing that the pace of inflation reached its highest rate since 1982 prompted a fresh messaging challenge for the administration.

Republicans for months have claimed that prior spending by Democrats on coronavirus stimulus and infrastructure measures caused the spike in prices and that Build Back Better would make things worse.

“Prices keep rising and all Democrats want to do is spend trillions more in taxpayer money,” said Michael McAdams, communications director for the National Republican Congressional Committee, which backs Republican candidates for the U.S. House of Representatives.

Consumer prices began to rise as a result of stimulus spending during the Trump administration and have been exacerbated by supply chain disruptions largely out of the White House’s control. Economists in leading ratings agencies have said the Build Back Better bill would not add to inflationary pressure .

Over the weekend, the White House released a memo that argued the bill would benefit struggling families by lowering costs on health care, prescription drugs and child care.

“Instead of working with the president to fight inflation, Republicans are playing politics with higher prices,” Kate Bedingfield, Biden’s communications director, said in the memo.

The October poll also found that only 29% of adults described the economy as heading in the “right direction,” including 48% of Democrats, 11% of Republicans and 21% of independents.

A version of Build Back Better passed the House last month, but the road to passage in the Senate is rockier. Biden will need the vote of all 50 Senate Democrats, plus Vice President Kamala Harris, under a budget process known as reconciliation.

Democratic Senator Joe Manchin has emerged as the most skeptical voice on the bill. He reiterated last week before the latest inflation report that he was concerned about the state of the economy, and it remains possible the bill will be further modified to address his concerns. Senate Democratic leader Chuck Schumer has been pushing for a floor vote by Christmas.

What is especially vexing for Democrats, Third Way and other groups say, is that elements of the Build Back Better bill – such as universal preschool, an enhanced child-care tax credit and larger healthcare subsidies – are popular with voters, but many are unaware they are in the bill. The White House has contended that Democratic infighting over the bill’s price tag has taken the focus from its components.

Joseph Geevarghese, executive director of the progressive group Our Revolution, said passage of the bill is critical ahead of the midterms – regardless of the risk of playing into Republican hands on inflation.

“We’re going into 2022 with very little to show,” he said. “We need to show that once we take the reins of governing power, we have the ability to quickly deliver.” 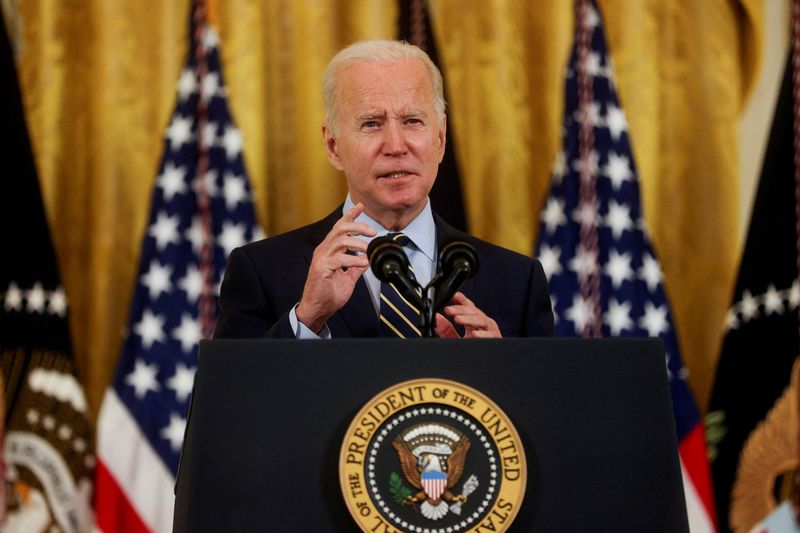