WASHINGTON -The U.S. Transportation Security Administration (TSA) said Monday that security personnel had confiscated more than 5,700 firearms at airport security checkpoints in 2021, the highest ever in a single year.

TSA Administrator David Pekoske told reporters at a briefing the prior yearly record was about 4,400 in 2019 and the current rate of gun detections in carry-on luggage at checkpoints per million passengers is twice the prior high.

He said he thinks the increase reflects an increase in firearms being carried by Americans.

Airline passengers can transport an unloaded firearm on an airplane but only in checked baggage.

“It’s a pretty costly mistake to make,” Pekoske said, saying TSA will “always proceed with a civil penalty action that will cost thousands of dollars after we complete an investigation.” TSA also refers the issue to law enforcement if it is a violation of local or state laws.

In November, an accidental shooting at a security checkpoint at Atlanta International Airport prompted chaos.

A TSA officer saw a gun during screening and the passenger lunged into the bag and grabbed it, at which point it discharged, the agency said. The incident briefly prompted a halt to air traffic while Atlanta Police investigated.

Separately, TSA said it is not clear when a federal mandate requiring masks in transit may end.

Earlier this month, TSA extended the federal mask mandate on airplanes, trains, airports and other transit modes through March 18. 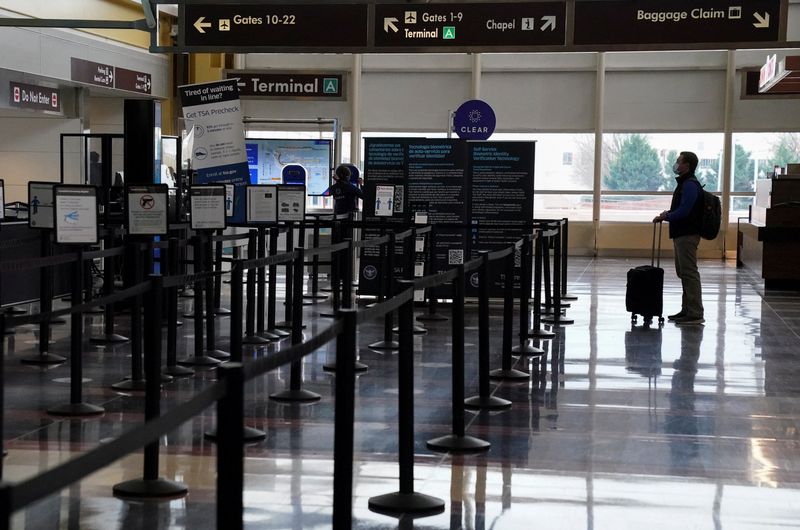