– The U.S. Supreme Court on Monday rejected challenges brought by a group of Christian doctors and nurses and an organization that promotes vaccine skepticism to New York’s refusal to allow religious exemptions to the state’s mandate that healthcare workers be vaccinated against COVID-19.

Acting in two cases, the justices denied emergency requests for an injunction requiring the state to permit religious exemptions while litigation over the mandate’s legality continues in lower courts. Conservative Justices Clarence Thomas, Samuel Alito and Neil Gorsuch said they would have granted the injunction.

The Supreme Court previously rejected other challenges to vaccine mandates including one focusing upon Maine’s lack of a religious exemption for healthcare workers.

The New York challengers said the mandate violates the U.S. Constitution’s First Amendment prohibition on religious discrimination by the government, or a federal civil rights law requiring employers to reasonably accommodate employees’ religious beliefs. A lower court rejected their bid for an injunction.

New York’s Department of Health on Aug. 26 ordered healthcare professionals who come in contact with patients or other employees to be vaccinated by Sept. 27. That deadline was delayed to Nov. 22.

The state has said that under the policy employers can consider religious accommodation requests and employees can be reassigned to jobs such as remote work.

The state said it allows a narrow medical exemption for the small number of people with a serious allergic reaction to the COVID-19 vaccines. It said longstanding healthcare worker vaccine mandates for measles and rubella also have no religious exemptions.

One lawsuit was brought by a group of 17 doctors, nurses and other healthcare providers, most of whom are Catholic, who sued under pseudonyms, denouncing “medical dictatorship.” Sixteen said they were fired or suspended under the policy, while one nurse agreed to be vaccinated to keep her job.

In a dissent in that case, Gorsuch said the mandate seemed based “on nothing more than fear and anger at those who harbor unpopular religious beliefs.” Joined by Alito, Gorsuch chastised the court for not protecting the challengers, saying that it “is always the failure to defend the Constitution’s promises that leads to this court’s greatest regrets.”

The other case involved a challenge by three Christian nurses, who are members of We the Patriots USA, a Connecticut-based group that is also a plaintiff. The group opposes vaccine mandates and advocates for various causes including what it called “medical freedom.”

In a video on the group’s website, co-founder Brian Festa said, “We were fighting against vaccine mandates. We were fighting to reveal the truth about what’s in these shots, long before COVID was even a thing.”

These plaintiffs are represented by Norman Pattis, a lawyer known for defending conspiracy theorist Alex Jones, founder of the right-wing website Infowars, against defamation lawsuits after he falsely called a 2012 Connecticut school mass shooting a “hoax.”

According to government data, about 84% of U.S. adults have received at least one dose of a COVID-19 vaccine and 72% are fully vaccinated. A minority of Americans has declined to get the shots.

In legal filings, the New York challengers said that they believe abortion is “evil” and object to any COVID-19 vaccine whose development relied on cell lines from aborted fetuses.

The three COVID-19 vaccines authorized for U.S. use do not contain aborted fetal cells. Laboratory-grown cells that descended from the cells of an aborted fetus obtained decades ago were employed in testing during the vaccine development process. Drug efficacy and safety testing using such cell lines is routine.

The Vatican issued guidance to Roman Catholics last year that it is morally acceptable to use COVID-19 vaccines. 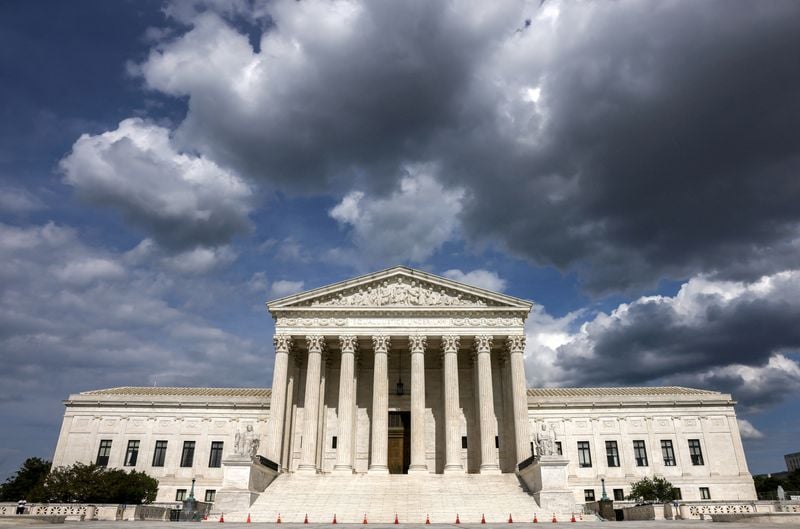