By Danilo Masoni and Joice Alves

– The “Buy UK” equity trade that many viewed as a no-brainer at the start of 2021 looks like it has backfired, with British equities suffering record outflows this year despite being at their cheapest in more than three decades.

The MSCI UK Index’s valuation discount to world stocks, which emerged after the Brexit referendum in 2016, has further widened throughout 2021 and is now at its broadest since 1990, at 35% on a price-to-earnings metric.

While a partial bounceback from Covid has helped the index rise a solid 13.6% year-to-date, putting it on track for its best year since 2016, it has still lagged both U.S. and euro zone indices in local currency terms.

It wasn’t supposed to go this way. A year ago, investors expected UK stocks to race ahead of their peers in 2021, thanks to their cheap price tag and Britain’s headstart in vaccinating its population.

But concerns about interest rate hikes, a supply chain crisis in the Brexit-hit economy, and potential political instability next year have been blamed for the relatively poor showing of its equity market.

“The UK got off to a good start, but it didn’t last. Some UK stocks were a classic play on the recovery with an exposure to inflation too, but that narrative has fallen away,” said Stephen Payne, a fund manager at Janus Henderson Investors.

In 2021 British equity funds saw record outflows of 14 billion pounds ($18.6 billion), according to Refinitiv Lipper, outstripping even the 12 billion pounds shed in 2016, when Britain voted to leave the European Union.

More capital has left UK equity funds this year than all other countries in Europe combined, which saw outflows of around 9 billion pounds.

FORGET ABOUT THE PRICE TAG

As the new year looms, persistently cheap prices aren’t doing much to persuade investors to part with their money this time around either. BlackRock, the world’s biggest asset manager, is neutral and prefers European equities.

“The problem with UK equities is that the situation of high inflation and supply difficulties is exacerbated by Brexit,” said Anthilia fund manager Giuseppe Sersale.

“This will hamper margins going forward, and will induce the BoE into a tighter monetary policy compared to the ECB and maybe even the Fed.”

Investors expect nearly 90 basis points (bps) of rate hikes from the Bank of England until end-2022, compared to 72 bps from the U.S. Federal Reserve and less than 10 bps from the European Central Bank.


HSBC Private Banking and Wealth Management also cut UK stocks to neutral this month, even though valuations are “very attractive”.

“The market is worried that the combination of rate hikes by the BoE, increased national insurance contributions and rising taxes on dividends could slow the recovery,” said Willem Sels, HSBC’s global chief investment officer for Private Banking and Wealth.

Sector composition has also penalised UK equities, with nearly half of London-listed blue chips operating in the mining, energy and financial spaces – all of which tend to be cyclical – and few in faster-growing tech.

“The UK stock market is made up of a lot of energy and mining companies, which we are not currently invested in,” said Jeremy Leung, portfolio manager at UBS Asset Management.

Despite the broad gloom, some remain optimistic.

(Reporting by Danilo Masoni in Milan, Joice Alves and Julien Ponthus in London; Editing by Saikat Chatterjee and Jan Harvey) 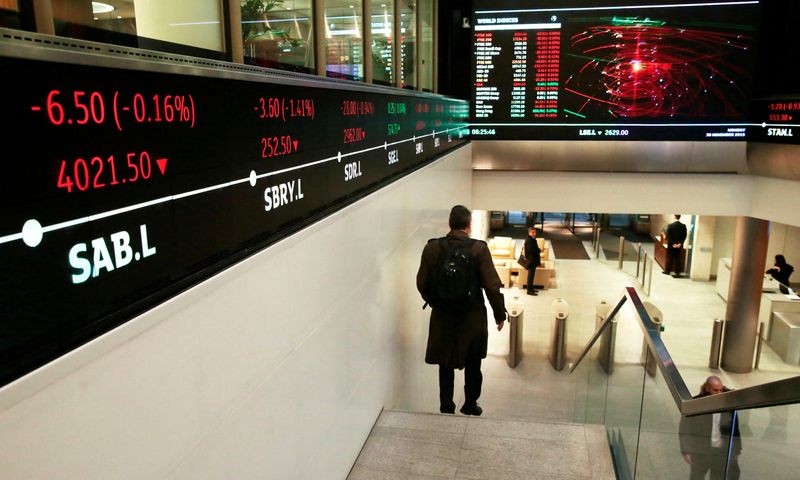