By Gianluca Semeraro and Claudia Cristoferi

Donnet is set to meet his previous plan’s targets, but is caught in a clash between the two tycoons, respectively Generali’s no. 2 and no.3 shareholders, and Mediobanca, the biggest Generali investor with a 13% stake.

A good market reception on Wednesday for Donnet’s strategy would make it harder for Caltagirone, 78, and Del Vecchio, 86, to unseat the French manager who has led Generali since 2016.

The pair are set to propose their own CEO candidate early next year ahead of a general meeting in April to appoint a new board.

“It looks like we’re headed for a proxy fight at the April meeting,” said Massimo Belcredi, a finance professor at Milan’s Cattolica University and head of its FIN-GOV corporate governance research centre.

“The list supported by the board is set to clash with the list backed by two shareholders with a storied past as entrepreneurs who are still firmly at the helm of the companies they founded.”

Belcredi said Generali was one of only a dozen Italian companies that had embraced what is standard practice abroad, whereby directors pick their replacements for shareholders to vote on. In Italy leading shareholders normally submit board lists.


“The Generali case makes it clear that shareholders want to have a say,” he said.

Caltagirone began his offensive in April when he snubbed a meeting to approve Generali’s results. In September, he struck a consultation pact with Del Vecchio over a combined 15.6% Generali stake including also smaller investor CRT.

To reduce their influence, Mediobanca borrowed shares to reach a 17% voting stake.

Caltagirone and Del Vecchio have criticised Generali for failing to expand boldly through acquisitions, which they blame on Mediobanca.

In response, Generali pointed to returns exceeding that of its peers under Donnet. Refinitiv data put Generali’s total shareholder return at 118% since late 2016, compared with 69% for Allianz and 48% for AXA.

Piling pressure on Mediobanca CEO Alberto Nagel, Caltagirone has built a 3% stake in the Milanese bank, while Del Vecchio became its biggest shareholder since 2019 with nearly 20%.

The new plan will target further “disciplined acquisitions” in Asia and Europe, a person close to the matter said on condition of anonymity.

Asia is a high-growth market but also Europe has significant potential in segments like health and non-motor property and casualty, including cyber risks, the person said.


The plan will also bet on asset management, possibly through acquisitions, and digital investments.

Under the 2019-2021 plan, Donnet has spent three quarters of a 4 billion euro ($4.52 billion) M&A warchest. The largest deal was a 1 billion euro purchase of domestic rival Cattolica. 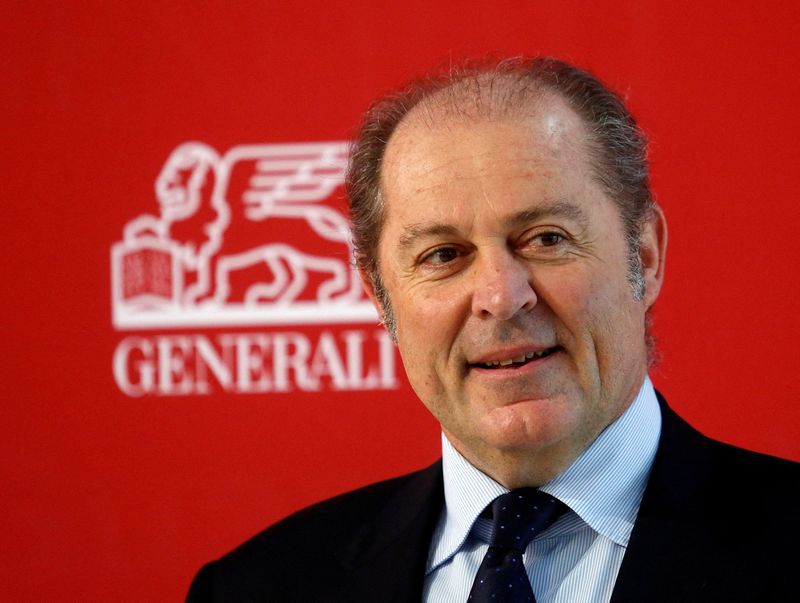