By Howard Schneider and William Schomberg

– Major central banks meet this week to assess risks from the new Omicron variant of the coronavirus even as they consider reducing emergency measures put in place nearly two years ago to fight the pandemic’s economic toll.

The global balancing act begins Tuesday when the Federal Reserve convenes for its latest two-day meeting, and includes new monetary policy statements by the U.S. central bank on Wednesday, the European Central Bank and the Bank of England on Thursday, and the Bank of Japan on Friday.

All are facing some version of the same dilemma – whether the need to guard against inflation and end the current era of low interest rates and central bank asset purchases is more urgent than the economic threat posed by the new variant – but their different approaches could make for a tumultuous year.

Inflation, labor markets, and the link between the virus and economic performance are behaving differently across the major economies, setting up a potentially sharp divide over how central banks manage the coming stage of the pandemic. That stands in contrast to the synchronized and massive wave of support approved at the outset of the health crisis in the spring of 2020.

The Bank of England had seemed recently on the verge of raising interest rates in a nod to high inflation, but policymakers have been set off course by Omicron’s fast spread and the imposition of new restrictions in the country. They are now expected to hold the line on borrowing costs at their meeting this week in a reminder of the pandemic’s still determinative role.

Michael Saunders, one of the two Bank of England policymakers who voted for a rate hike in November, said earlier this month that “there could be particular advantages in waiting to see more evidence on (Omicron’s) possible effects on public health outcomes and hence on the economy.” Since then, the variant’s risks to the U.K. economy have intensified.

The ECB is likely to continue, and the Bank of Japan perhaps to commence, reducing some pandemic bond purchases at the margin, tentative steps reflecting the lower inflation and less fulsome economic rebounds in the euro zone and Japan. Interest rate increases for both are likely far off.

In the ECB’s case, it must also be mindful of the major differences inside the bloc for which it sets policy. Any big retreat from crisis support could deliver unwanted consequences, say, for the sustainability of the high debt loads in economies such as Italy.

For Japan, the inflation that is tearing through other parts of the globe remains largely absent. As such, only a marginal reduction in corporate asset purchases is under discussion.

The Fed, meanwhile, is likely to intensify a policy shift that could grow even sharper over the coming year and that arguably poses the biggest risk of a disruptive surprise.

The U.S. central bank is coping with inflation already running at more than twice its formal 2% target and persistent enough that policymakers have discarded their description of it as “transitory.” While the U.S. labor market remains several million jobs short of its pre-pandemic peak, a low unemployment rate and rising wages may signal that full employment is near. (Graphic: Inflation, on average Inflation, on average, https://graphics.reuters.com/USA-FED/FRAMEWORK/byvrjjmbkve/chart.png)

Nearly two years into a pandemic that upended economic forecasting, the level of uncertainty remains high, with the fate of global financial markets tied to issues as seemingly local as whether more people begin looking for jobs in the United States, said Gian Maria Milesi-Ferretti, former deputy director in the research department of the International Monetary Fund and now a senior fellow at the Brookings Institution’s Hutchins Center on Fiscal and Monetary Policy.

If U.S. labor force participation remains stalled and policymakers conclude they have hit full employment, “it is possible that the Fed would have to tighten more quickly” than anticipated, disrupting world asset markets and falling particularly hard on developing countries where rising dollar costs would be painful, he said. (Graphic: Lots of fuel, but no lift-off, https://graphics.reuters.com/USA-ECONOMY/RECESSIONTEMPLATE/zgvomrgoxvd/chart.png)

The Fed this week is expected to speed up the end of its monthly purchases of Treasuries and mortgage-backed securities so that the bond-buying program is finished by March instead of June. But that decision may provide less of a signal about what’s to come than how the Fed’s new policy statement describes U.S. inflation, how officials change their projections for interest rates and the economy, and in the tone Fed Chair Jerome Powell takes at his post-meeting news conference.

The Fed chief confronts the same unknowns as his colleagues: Will the new variant further gum global supply chains and boost inflation? Destroy consumer spending and jobs in a new downturn? All of the above? Or will it have little to no economic impact?

Investors already expect the Fed to approve three 0.25-percentage-point rate increases in 2022. Those bets have only increased since the identification of Omicron last month, evidence that the politics and economics of high U.S. inflation weigh more heavily right now than the perceived economic risks of a new outbreak.

At their September policy meeting, Fed officials split evenly over whether even a single rate hike would be needed next year. With unemployment improving faster and inflation running hotter than officials projected at that meeting, analysts say officials now have to play catch-up both in their economic outlook and the anticipated path of interest rates.

“Obviously Omicron throws some uncertainty” into the Fed’s calculations, said Jay Bryson, chief economist at Wells Fargo. Bryson expects inflation to ease in the middle of 2022, allowing the Fed to wait until the second half of the year to raise its benchmark overnight interest rate and to finish the year with only two 0.25-percentage-point rate hikes under its belt.

But “if we are wrong, the Fed will have to step it up,” Bryson said, “and if they move really fast, that is when you have the policy mistake.” (Graphic: A bumpy landing?, https://graphics.reuters.com/USA-ECONOMY/RECESSIONTEMPLATE/egpbkoolgvq/chart.png)

(Additional reporting by Leika Kihara in Tokyo and Balazs Koranyi in Frankfurt; Editing by Dan Burns and Paul Simao) 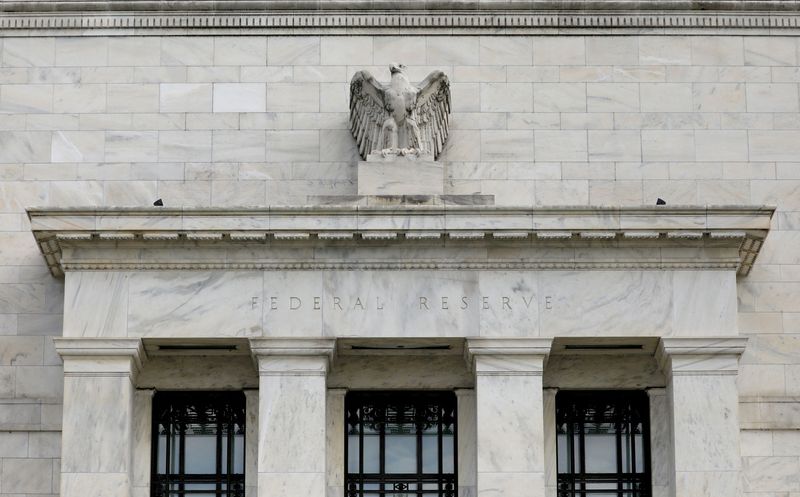 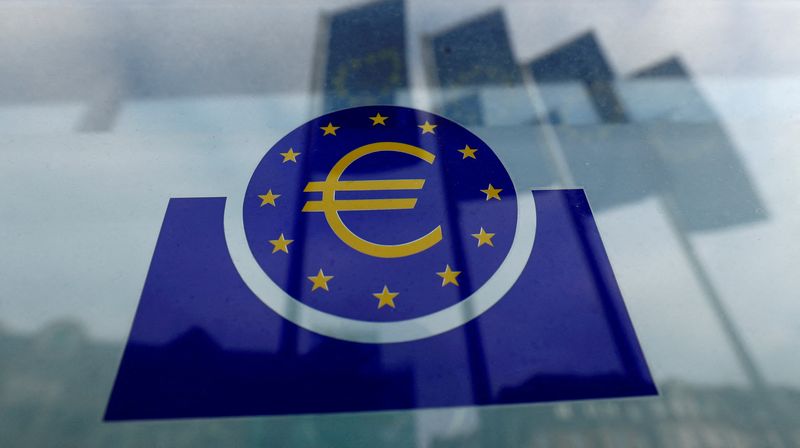 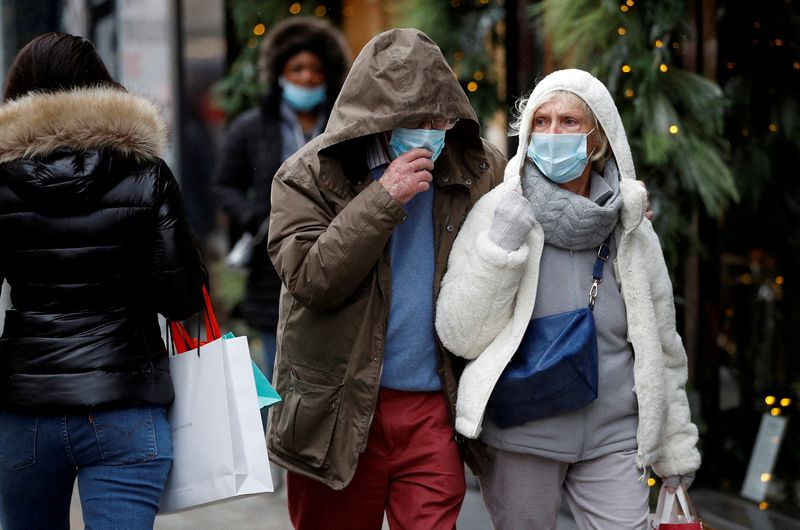 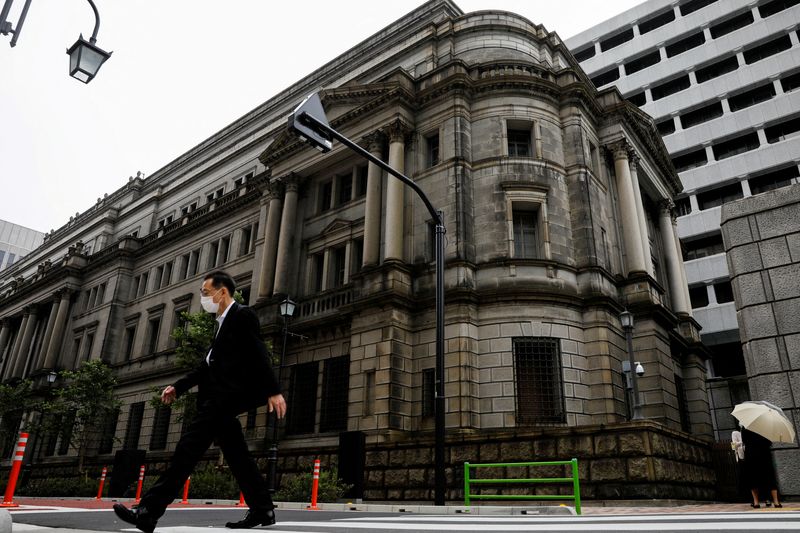