NEW YORK – Investors are pricing in a quicker end to the Federal Reserve’s bond-buying scheme ahead of the central bank’s policy decision on Wednesday, positioning for multiple rate increases over the next few years.

JP Morgan, Morgan Stanley, Citi, and NatWest Markets are all anticipating the Fed’s bond purchases to wrap up in March instead of June. The Fed began scaling back its quantitative easing program last month.

Powell, in testimony before Congress a few weeks ago, jump-started expectations for a faster taper and several rate increases next year and beyond when he said inflation risks have escalated, as he pushed to accelerate the unwinding of the Fed’s bond purchases.

“The FOMC meeting … gives a chance for the Fed to try and catch up to inflation that has severely overshot projections,” said Jabaz Mathai, head of U.S. rates strategy at Citi.

Futures on the federal funds rate, which track short-term rate expectations, on Monday priced in a more than 90% chance of a quarter-point tightening by the Fed by May next year. Investors are pricing in between two to three rate hikes for 2022.

The FOMC meeting starts on Tuesday and it will release a statement at 1400 ET/1800 GMT on Wednesday. Fed Chair Jerome Powell will hold a press conference shortly after.

Here is how the Fed policy outlook is playing out in Treasuries, interest rates, currencies, and money markets:

Speculators have amassed net short positions in U.S. Treasury 10-year note futures, as investors priced in higher yields on expectations of looming rate hikes from the Fed. Last week, those net shorts on the 10-year dipped a bit, just a few weeks after hitting their largest since mid-February last year.

That said, the benchmark U.S. 10-year yield was below 1.5% on Monday at 1.482%. Since hitting a five-month high of 1.70% in October, the 10-year yield has fallen 25 basis points as investors feared that the highly-transmissible Omicron variant of the coronavirus could scupper a nascent global recovery.

Futures on U.S. 5-year notes, meanwhile, that part of the curve that reflects the interest rate outlook along with 2-year notes, posted the largest net short since the week of Nov. 9.

Speculators’ net long positioning on the U.S. dollar fell as net short bets on the euro and yen declined this week. Prior to this week, net U.S. dollar longs surged to their highest since mid-June 2019.

Analysts said there were bouts of short-covering that supported the euro and yen at the expense of the dollar, especially after the dollar index hit its highest level since July 2020 two weeks ago.

Investors though have been net long dollars for 21 straight weeks, increasing those longs in the run-up to the actual Fed taper, which started last month.

Since the September Fed meeting when it suggested a possible reduction of asset purchases starting November and ending in June 2022, the dollar index has risen 3.3%. Analysts, though, said the dollar’s rally may be running out of steam for now unless the Fed delivers a major revision to its forward guidance.

There is further scope for the dollar to resume appreciation next year as other major central banks such as the European Central Bank and the Bank of Japan are likely to raise rates more gradually than the Fed.

The Cboe interest rate swap vol index, which tracks market stress and uncertainty in interest rate markets based on swaptions (options on swaps) data from inter-dealer brokers, hit a four-month high of 90.39 last week. Ahead of the Fed meeting, it dipped to 83.41 on Monday.

That index has been elevated since the Fed’s September meeting.

“What has changed is that the Fed has shifted its focus away from employment growth and towards containing inflation,” said Stan Shipley, fixed income strategist, at Evercore ISI. “Policy shifts cause volatility to increase.”

The U.S. repurchase or repo market, where financial institutions borrow short-term cash using Treasuries or other securities as collateral, has started to show the impact of the current Fed taper.

The overnight repo rate general was 0.05% on Monday, moving further away from zero. When the Fed tapers, it wouldn’t be pumping as much cash into the system, leaving more Treasury supply and allowing repo rates to rise over time.

Analysts have also noted that the gap between the repo rate and the fed funds rate, or the rate banks charge each other for overnight loans to meet reserves required by the Fed, has narrowed to 0.03%, from around 0.06% in October.

As the Fed reduces asset purchases further, the overnight GC rate will likely settle below fed funds by about 1 basis point by next year, analysts said. The fed funds rate tends to be higher than the repo rate because there is no collateral backing fed funds borrowing. Since these loans are unsecured, banks only lend out to other banks that they deem creditworthy. 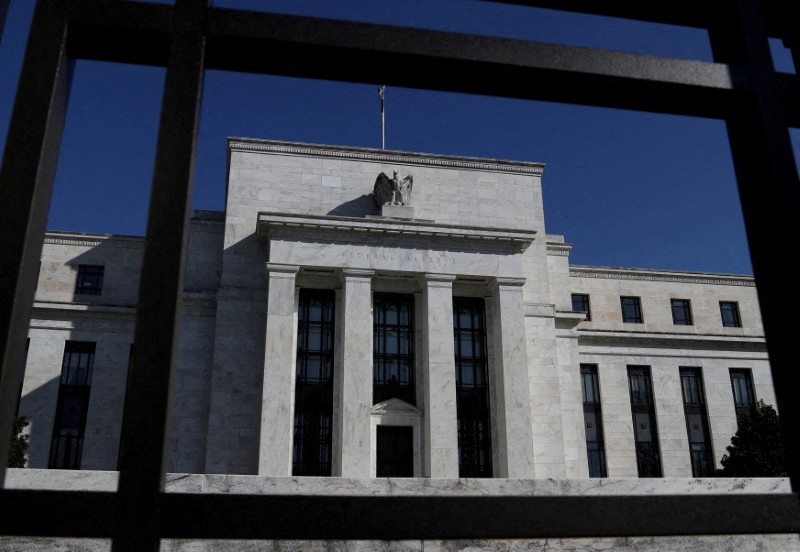