WASHINGTON – It was finished years late at a cost far higher than planned, but NASA’s James Webb Space Telescope due for launch next week may usher in a new era in astronomy as it gathers information on the universe’s earliest stages, star formation, and whether planets beyond our solar system may be suitable for life.

The orbiting infrared observatory, designed to be about 100 times more sensitive than its Hubble Space Telescope predecessor, is due to blast off on Dec. 22 on an Ariane 5 rocket from a site in French Guiana on South America’s northeastern coast.

“We’re about to go on this amazing journey of discovery,” said astronomer Klaus Pontoppidan, a Webb project scientist the Space Telescope Science Institute in Baltimore. “We really mean discovery because Webb has the raw power to reveal the unexpected. We can plan what we think we’re gong to see. But at the end of the day we know that nature will surprise us more often than not.”

The telescope, boasting four scientific instruments, is an international collaboration led by NASA in partnership with the European and Canadian space agencies. Northrop Grumman Corp is the primary contractor. The launch vehicle is part of the European contribution.

It was developed at a cost of $8.8 billion, with operational expenses projected to bring its total price tag to about $9.66 billion. The U.S. Government Accountability Office said the price has nearly doubled since NASA established a cost baseline in 2009 after earlier cost overruns. NASA had hoped to launch it in 2011, but the date was repeatedly delayed.

Scientists plan to use the telescope to learn about all phases of the universe’s history dating back to just after the Big Bang event about 13.8 billion years ago, while also studying exoplanets – planets beyond our solar system – as well as worlds closer to home such as our planetary neighbor Mars and Saturn’s moon Titan.

Webb mainly will look at the universe in the infrared, while Hubble has examined it since its 1990 launch primarily at optical and ultraviolet wavelengths. Webb has a much bigger light-collecting area, letting it look at greater distances, thus farther back into time, than Hubble.

The telescope arrived in French Guiana in October after a 16-day sea journey from California through the Panama Canal to Port de Pariacabo on the Kourou River. After launch, it will deploy on a month-long million-mile (1.6 million km) journey to a more distant orbit than Hubble, beyond the moon.

“We’re going to look at everything there is in the universe that we can see. We want to know: how did we get here from the Big Bang, how did that work? So, we’ll look,” said John Mather, Webb senior project scientist at NASA’s Goddard Space Flight Center in Greenbelt, Maryland.

Its mission goals include searching for the first galaxies or luminous objects formed after the Big Bang and learning how galaxies evolved from their initial birth to the present day.

“We want to look at those first galaxies growing,” Mather said.

The goals also include observing the formation of stars and the planets around them. Mather said Webb can peer into the clouds of gas and dust where stars are being born. Until now, the dust in those clouds obscured the view.

“Infrared light will go around the dust grains instead of bouncing off, so we can see that with the Webb telescope. And that’s one of our top goals – to see how stars grow, with their young planets,” Mather said.

An instrument called a spectrometer can study the atmospheres of exoplanets. Mather said finding one with lots of water – thought to be one of the key ingredients for life – would be “really interesting.” As he put it: “a wet little planet out there that might be a little bit like home.” 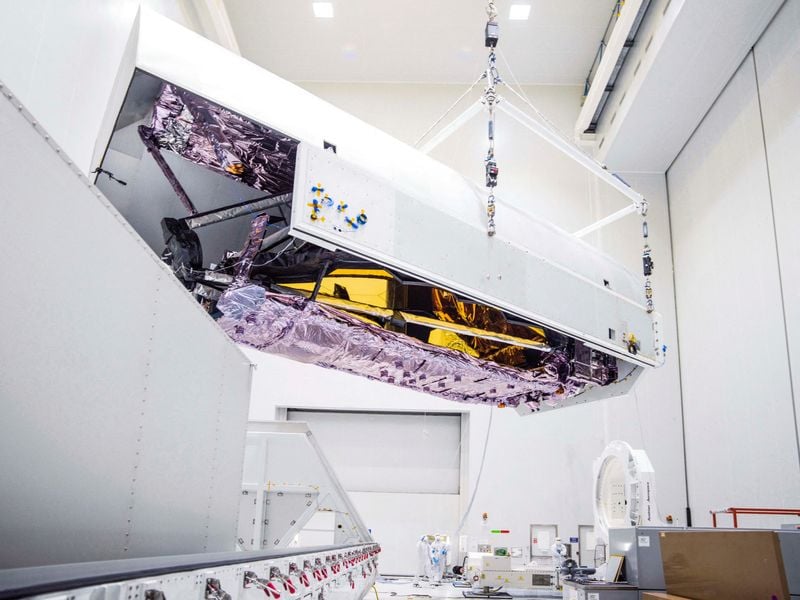 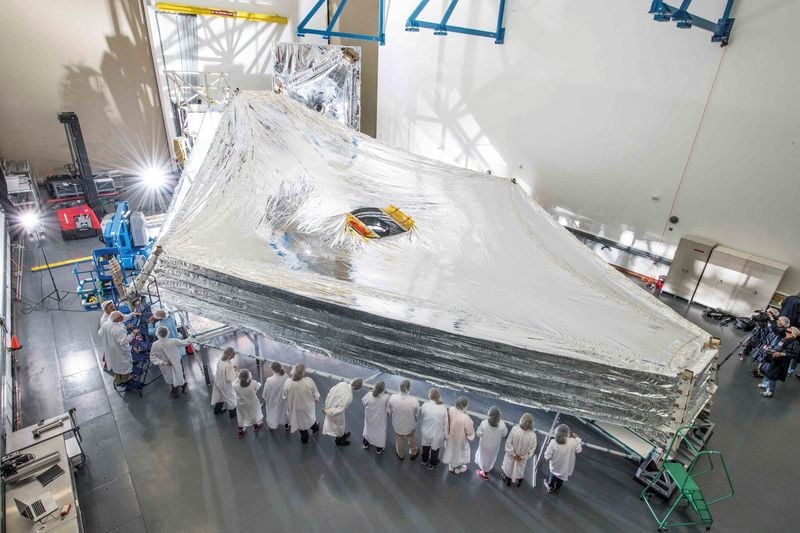 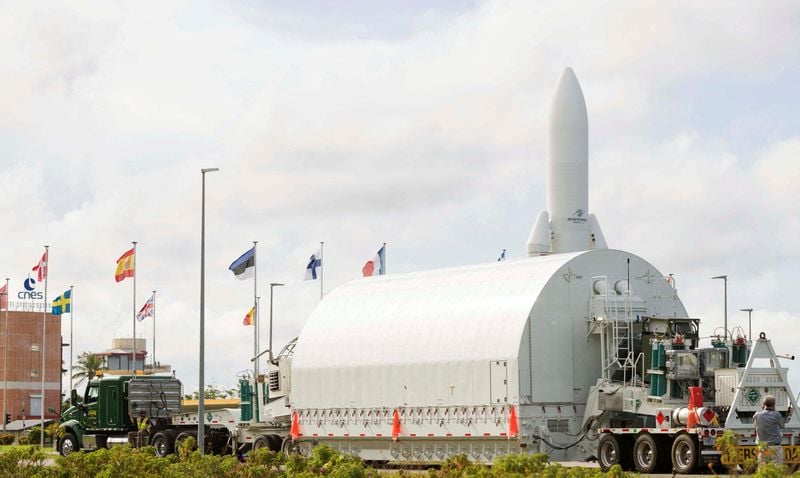 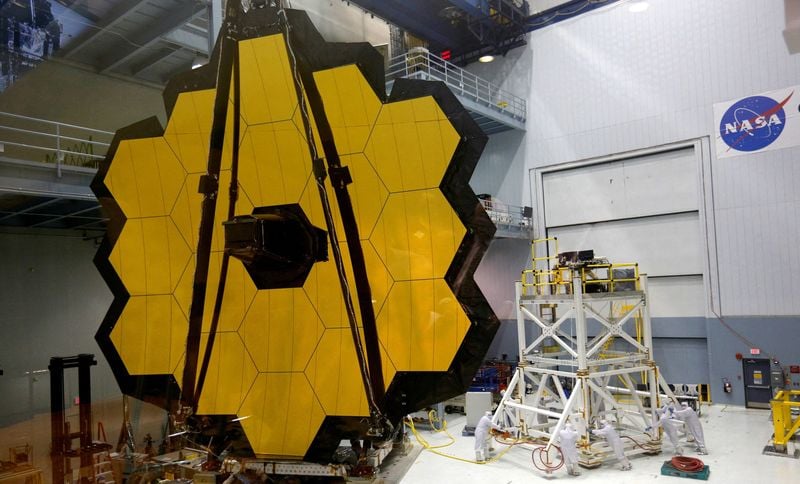