– The Omicron variant was estimated to be 2.9% of the COVID-19 variants circulating in the United States as of Dec. 11, according to data from the U.S. Centers for Disease Control and Prevention.

For the week ended Dec. 4, Omicron constituted 0.4% of all variants in the country, based on the specimens sequenced.

The agency also estimated that the fast-spreading variant, first detected in South Africa, Botswana and Hong Kong in late November, was 13.1% of circulating COVID-19 variants in New Jersey, New York, Puerto Rico and Virgin Islands for the week ended Dec. 11.

The first known U.S. Omicron case was identified on Dec. 1 in a fully vaccinated person who had traveled to South Africa. The CDC said the earliest date of symptom onset was Nov. 15 in a person with a history of international travel.

The 7-day moving average of daily new cases increased 37.3% from the previous average, with the Delta variant predominant in the United States. The Delta variant accounts for over 96.7% of all U.S. cases, according to CDC data.

The United States on Sunday reached 800,000 coronavirus-related deaths, a Reuters tally showed, as the nation braces for a potential surge in infections because of more time spent indoors as a result of winter holidays and colder weather.

The World Health Organization said on Sunday that while preliminary findings from South Africa suggest Omicron may be less severe than Delta, it remains unclear as to what extent Omicron may be inherently less virulent.

Former FDA commissioner Scott Gottlieb on Twitter questioned whether the 3% accurately reflected the prevalence of the variant here but said it was clear the incidence of Omicron is rising quickly. 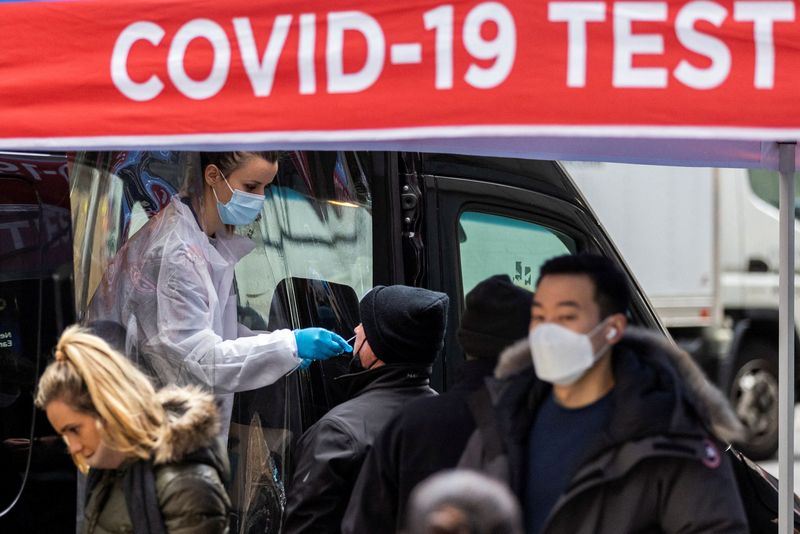