WASHINGTON – U.S. Senate Majority Leader Chuck Schumer said the proposed debt limit increase to be voted upon on Tuesday would take borrowing into 2023, as Congress attempts to finish work by Wednesday on legislation that would prevent a historic default on upcoming loan payments.

The Senate is expected to vote later in the day to raise the federal government’s $28.9 trillion debt limit and forward the measure to the House of Representatives for final passage.

Schumer did not reveal the exact dollar amount the statutory borrowing limit would be raised to, but the Democratic senator said, “The resolution we will vote on will provide for raising of the debt limit to a level commensurate with funding necessary to get into 2023.”

The increase that has been discussed is thought to be in the range of $2 trillion to $3 trillion, which would take the debt ceiling to more than $30 trillion.

“No brinkmanship, no default on the debt, no risk of another recession. Responsible governing has won,” Schumer said in a Senate speech following months of bickering between Republicans and Democrats over whether the Treasury Department will be allowed to make payments on debt accrued largely during the Trump administration. 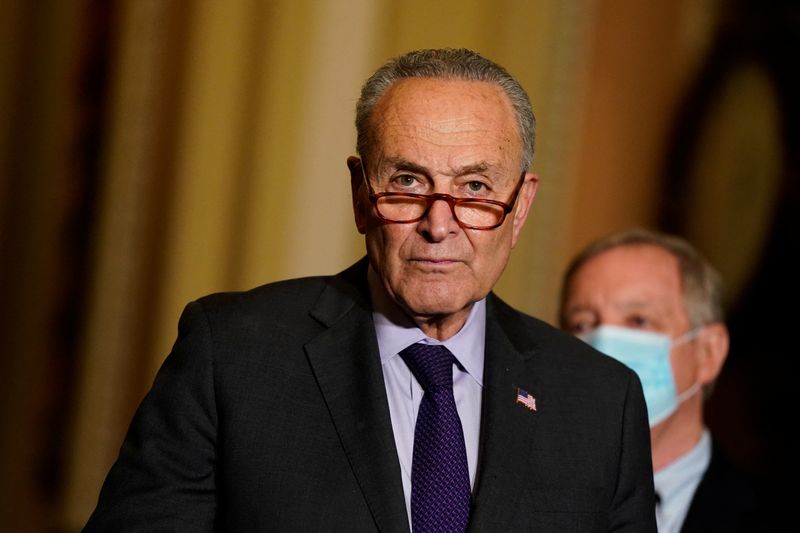