BENGALURU – The relentless rise in house prices will ease, but not stop, in most major property markets next year, an outlook which experts polled by Reuters said would only aggravate affordability as interest rates also move higher.

Nearly three-quarters of respondents surveyed over the past few weeks, 74 of 103 covering eight major world markets, said they expected housing to be even more expensive, and less affordable for many, over the coming two to three years.

People who were already struggling to put together a downpayment will be less able to secure their first home as existing homeowners with piles of cash saved during the pandemic easily outbid them.

“The biggest risk is really to the younger generations coming through who won’t be able to amass the deposits required. Yes, households have saved significantly through the pandemic, but for those without significant amounts of equity, prices have…moved ahead of them,” said Liam Bailey, global head of research at Knight Frank.

Years of record-low interest rates and a chronic shortage of affordable homes had already propelled house prices in most major property markets to eye-watering levels before the pandemic.

That rise in prices was exacerbated when swathes of people in the workforce who were well off, owned homes and were able to work remotely during pandemic-related lockdowns began looking for more space, often outside cities.

Indeed, most major housing markets have outperformed not only their respective broader economies but also property market analysts’ own optimistic expectations.

In five of those markets – the United States, Britain, Australia, Canada, and Dubai – house prices have roughly risen at twice the rate analysts had predicted at the beginning of this year.


Even with that outperformance, only one analyst out of 111 who provided house price forecasts across eight markets expected them to fall next year.

For 2023, just over 10% of those polled predicted modest declines, affecting just Australia, New Zealand and Canada, three of the world’s most expensive property markets.

That searing pace of house price appreciation – in some cases well into double-digits this year – was expected to halve across all markets. But in most regions, that would still be much higher than average wage rises.

“Following traditional measures, housing markets have become much less affordable over the past two years. Yes, everything is fine at the moment because interest rates are so low. But if interest rates move up significantly, then we’ll have a problem,” added Knight Frank’s Bailey.

With consumer price inflation now at multi-decade highs in the U.S. and Britain, interest rates are certain to rise from record lows next year. The only bit that is unclear is how much they will rise over the course of the year and into 2023.

Asked what will have the biggest impact on prices in the housing market next year, 83 of 106 respondents picked higher interest rates (46) or supply constraints (37).

One challenge likely to linger through next year is a shortage of building materials that the pandemic has brought by clogging up global trade.

That will not do anything to accelerate the already-slow pace of construction of affordable homes.


“Some of the demand for acquiring homes is kind of cooling off a bit, even though interest rates are still low, because prices have gotten so high and there’s not enough supply of homes on the market to buy,” said Geraldine Guichardo, global head of research, hotels and living Sector at JLL.

Guichardo is more optimistic about the three-to-five-year horizon, where she sees some more balance coming back to the market as developers build more.

“But because of construction costs (and) supply chain issues it’s going to be slower to get those projects moving,” she said.

(Other stories from the global Reuters housing market poll:)

(Reporting by Hari Kishan in BENGALURU; Additional reporting and polling by correspondents in BENGALURU and LONDON; Editing by Ross Finley and Bernadette Baum) 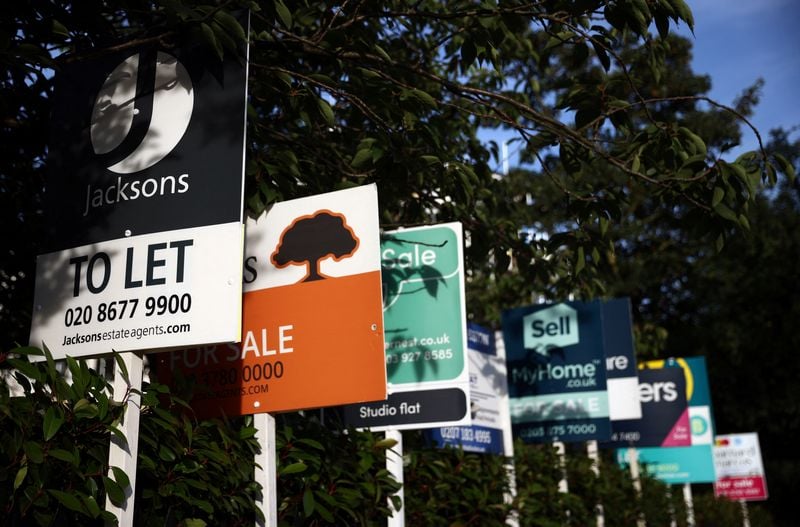