By Humeyra Pamuk and Rozanna Latiff

KUALA LUMPUR -The United States is prepared to move forward with the sale of F-35 fighter jets and drones to the United Arab Emirates (UAE), U.S. Secretary of State Antony Blinken said on Wednesday, after reports the UAE intended to suspend discussion of the deal.

A UAE official on Tuesday told Reuters that it had informed the United States that it would suspend discussions to acquire F-35 fighter jets, part of a $23 billion deal that includes drones and other advanced munitions.

The official cited “technical requirements, sovereign operational restrictions, and cost/benefit analysis” as reasons that have prompted a re-assessment of the deal by the UAE government.

The UAE had signed an agreement to purchase 50 F-35 jets and up to 18 armed drones, people familiar with the situation told Reuters in January.

Speaking at a news conference in Kuala Lumpur, Blinken said Washington had to conduct some reviews.

“We’ve wanted to make sure, for example, that our commitment to Israel’s qualitative military edge is assured, so we wanted to make sure that we could do a thorough review of any technologies that are sold or transferred to other partners in the region, including the UAE,” Blinken said.

“But I think we continue to be prepared to move forward if the UAE continues to want to pursue both of these,” he said.

The sale of 50 F-35 warplanes made by Lockheed Martin (LMT.N) to the UAE had slowed amid concerns in Washington over Abu Dhabi’s relationship with China, including its use of 5G technology made by China’s tech giant Huawei.

A person briefed on the negotiations said for several months sticking points between the United States and the UAE revolved around how the stealthy jets could be deployed and how much of the sophisticated F-35 technology the UAE would be allowed to take advantage of. The person asked not to be identified by name or by association with either country.

The UAE, one of Washington’s closest Middle East allies, had long expressed interest in acquiring the F-35 jets and was promised a chance to buy them in a side deal when it agreed to normalize relations with Israel in August 2020.

(Reporting by Humeyra Pamuk and Rozanna LatifEditing by Robert Birsel) 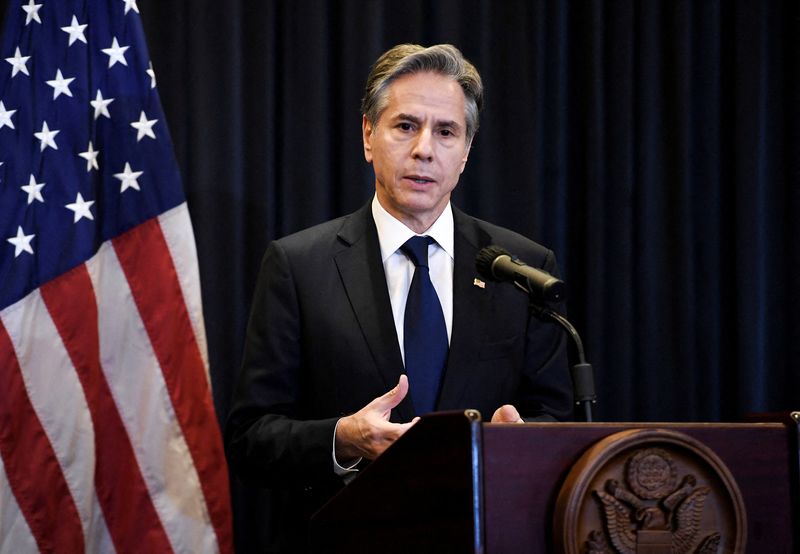