TORONTO – Canada’s government implored residents on Wednesday not to leave the country as provinces ramp up vaccinations to combat the fast-spreading Omicron coronavirus variant, even as efforts to head off a COVID-19 wave are complicated by public fatigue over the pandemic.

COVID-19 case numbers are increasing, with the national seven-day average of new cases at its highest point since Oct. 1, as Canadian hospitals struggle to clear backlogs from months of postponed procedures. Many exhausted staff members appear ill-equipped for another surge in infections.

“I say very clearly: Now is not the time to travel,” Health Minister Jean-Yves Duclos told a news conference, adding it is clear there is community transmission of Omicron in Canada.

“I understand this sucks,” Prime Minister Justin Trudeau told reporters as he urged Canadians to follow public health advice and “be careful during this holiday season. Get your kids their shots.”

Children aged 5 to 11 had the highest infection rate of any age group in Ontario for the two weeks ended Tuesday.

Ontario will start offering a third shot of the vaccine to everyone over age 18 this week, while shortening the required gap between second and third doses to three months from six.

The province, Canada’s most-populous, is also reducing capacity by half at indoor events with a capacity of at least 1,000, including sports activities, concerts and commercial film and television production.

Canada has banned travel from 10 African countries because of concerns about the new variant.

The federal government advised residents in March 2020 not to travel abroad unless necessary. It withdrew the notice this past October – before the first Omicron cases were reported – citing the success of vaccination campaigns.

“What really worries me is that people are asleep at the steering wheel, internationally,” he said. “They have wishful thinking it will be mild. … This is not a realistic attitude.”

Scientists suspect Omicron is more transmissible given its rapid spread, although they caution it is too early to draw conclusions about its severity.

There is “massive vulnerability” in Canada’s healthcare systems, said Andrew Morris, an infectious disease doctor in Toronto, who added it is “highly likely” they will be overwhelmed.

In Alberta, a western Canadian province that experienced a punishing fourth wave, Dr. Christopher Doig’s ICU in Calgary still has COVID-19 patients, some of whom have been there for weeks. It is still operating at about 110% capacity, he said.

Health officials are trying to persuade the public to get third doses of COVID-19 vaccines.

Amid fears of asymptomatic COVID-19 transmission, provinces that were given millions of rapid antigen tests by the federal government have come under fire for not distributing them more widely.

Ontario promised to make 2 million tests available in “high-traffic” areas and to allot five per student to school children this week. Quebec will hand out five tests per person starting next week. Alberta promised to give out 500,000 starting on Friday.

British Columbia health officials said this week they had not received the tests they were hoping for from the federal government and defended the province’s providing tens of thousands of rapid tests a week to hundreds of private employers.

Ontario said this week it is “temporarily interrupting” its return-to-office plan for provincial employees.

Juni said he understands that people are tired of the pandemic.

“I’m completely exhausted,” he said. “I’ve had it. I’m done completely. But the virus doesn’t care.” 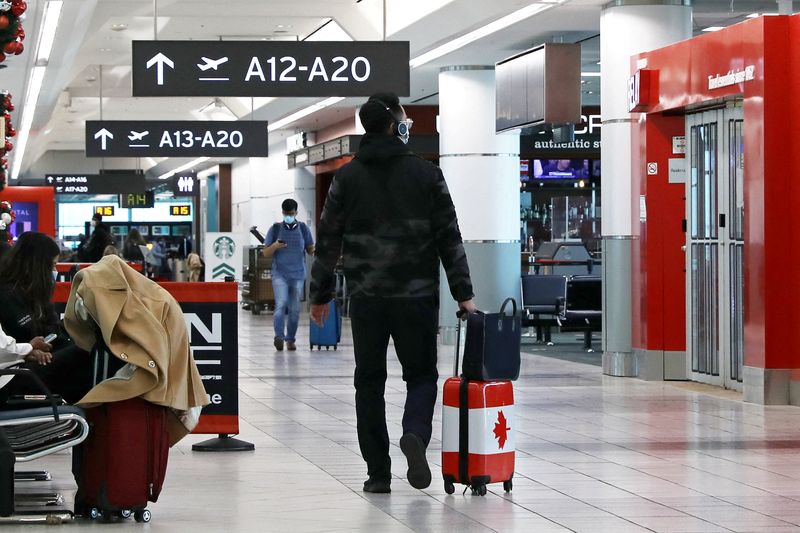