– Canada is expected to toughen restrictions on international travel with new measures to be announced on Wednesday as it looks to limit the spread of the Omicron coronavirus variant, CBC News reported.

Possible measures, including a ban on all non-essential foreign travellers coming to Canada, including from the United States, were discussed in a call between Prime Minister Justin Trudeau and provincial premiers but no decision was reached, the CBC reported.

The measures could include stricter quarantine and testing for travellers who are allowed into Canada, including returning Canadians and permanent residents, it said.

Canada has already announced a ban on people who recently travelled to 10 countries in Africa.

Omicron, which health officials say is more contagious than the Delta variant, has started spreading within communities in Canada since being first detected in November.

The CBC said there was widespread agreement between Trudeau and the premiers of Canada’s 10 provinces on the need to dramatically increase the pace of third-dose booster shots.

(Reporting by Rhea Binoy in Bengaluru; Editing by Robert Birsel) 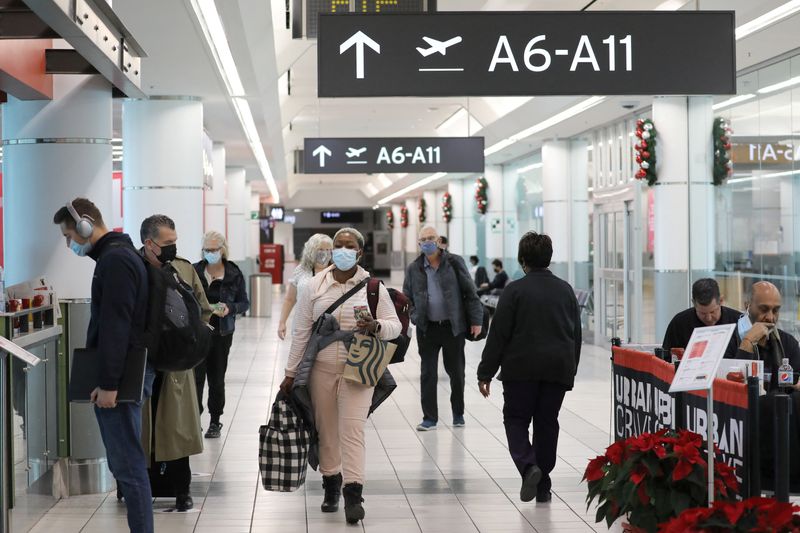