RIO DE JANEIRO – A Brazilian police investigation of alleged bribery of Petrobras employees to fix the price of fuel sold to JPMorgan Chase & Co by the state-run oil firm has expanded from one deal to at least four over the course of 2011, according to documents and two law enforcement officials.

Previously unreported invoices related to fuel sale agreements between the two companies show one of the alleged intermediaries in the bribery scheme, known as Oil & Gas Venture Capital Corp (OGVC), received approximately $150,000 that year from another alleged intermediary named EGR Consultants to facilitate the purchase of roughly 826,000 barrels of fuel oil by JPMorgan, worth more than $80 million at the time.

The additional invoices are significant as Brazilian police have been working to determine if a 305,000-barrel JPMorgan deal facilitated by OGVC and EGR was a one-time arrangement or part of a pattern, which would raise the stakes of the investigation, according to two law enforcement sources in Brazil, who requested anonymity to discuss an ongoing probe.

Reuters reported in September that Brazil’s federal police are investigating whether JPMorgan routed bribes via intermediaries to employees on Petrobras’ trading desk in order to secure shipments of fuel at artificially low prices. If true, this would likely violate Brazilian anti-bribery law.

Police were focusing on one shipment of 305,000 barrels of Petrobras fuel oil that JPMorgan purchased in 2011, Reuters reported at the time, citing court documents and two federal law enforcement officials familiar with the matter.

Petrobras, formally known as Petroleo Brasileiro SA, said in an email it has “zero tolerance in relation to fraud and corruption.” The company added that it has aided Brazilian authorities with various corruption-related probes.


JPMorgan declined to comment on the alleged bribery scheme.

No charges have been brought in the probe and it remains unclear if any will be. Reuters has no independent evidence establishing that JPMorgan knew about the payments by EGR to OGVC or the alleged bribes to Petrobras employees.

The statute of limitations for paying or receiving bribes in Brazil depends on the severity of the crime, but can be up to 20 years and is commonly greater than 15 years, according to the nation’s federal legal code.

In one court filing that police submitted in February to the federal judge overseeing the probe, investigators attached an invoice from OGVC, which was addressed to EGR, a Miami-area consultancy. The invoice shows OGVC, based in the British Virgin Islands, receiving roughly $64,000 in July 2011 from EGR for facilitating the 305,000-barrel transaction between JPMorgan and Petrobras. The invoice describes the services rendered as: “Oil products sell to JPMorgan VEC.”

A lawyer for OGVC, Rafael de Piro, denied that the company ever had any dealings with JPMorgan.


A representative for EGR did not respond to multiple text messages and an email sent by Reuters. The representative had previously declined to comment on the matter when asked about authorities’ allegations regarding the company’s conduct in September.

Police alleged in the court documents, which include witness testimony and dozens of pages of correspondence over 18 months in 2011 and 2012 between alleged co-conspirators, that OGVC passed part of that payment to Petrobras employees who helped facilitate the allegedly illegal deal. It is not clear if OGVC allegedly made those payments to Petrobras traders directly or via additional intermediaries.

Reuters has reviewed three additional invoices from OGVC’s account at Swiss private bank Landolt & Cie, showing that the firm received three additional payments from EGR for facilitating fuel purchases by JPMorgan over the course of 2011.

The Washington-based International Consortium of Investigative Journalists (ICIJ) shared the invoices with Reuters as part of a trove of documents it provided, after the news agency asked the ICIJ if it held any documents relating to OGVC’s Landolt account in Switzerland. The first invoice was dated June 8, 2011. The last was dated Sept. 14 that year.

Swiss authorities have turned over the documents seen by Reuters to Brazilian investigators, according to the two federal law enforcement officials in Brazil. Brazil’s federal police did not respond to a request for comment.

The Office of the Attorney General of Switzerland confirmed by email that it handed over documents pertaining to OGVC to law enforcement officials in Brazil, but declined to comment on the content of those documents.


“It’s important to highlight that the authorities investigating the case have shown that the criminal organization responsible for the illicit acts in question used methods that kept them from being detected. These methods could only be brought to light with investigative resources that only the authorities possess,” the company wrote in an e-mail.

Financial services company ODDO BHF, which earlier this year purchased Landolt & Cie – the bank where the records seen by Reuters were kept – did not respond to a request for comment. 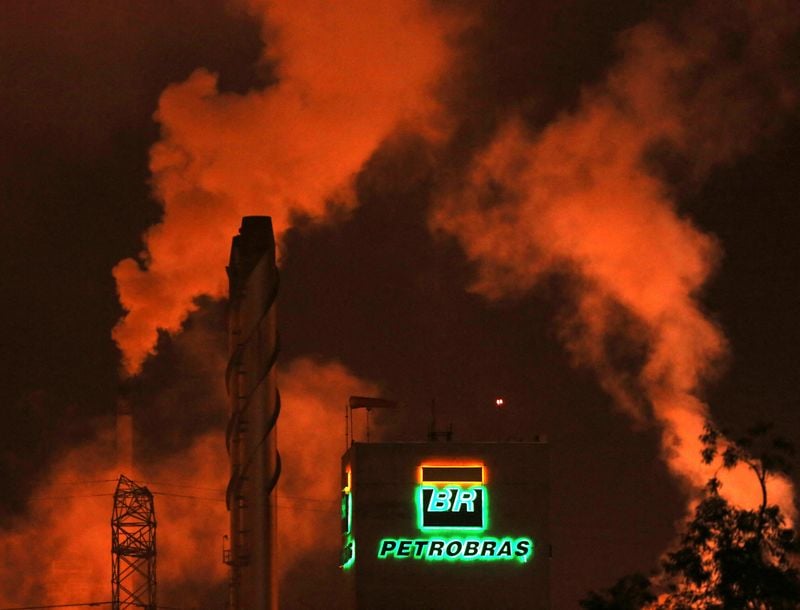