By Howard Schneider and Jonnelle Marte

WASHINGTON – The Federal Reserve said on Wednesday it would end its pandemic-era bond purchases in March and pave the way for three quarter-percentage-point interest rate hikes by the end of 2022 as the economy nears full employment and the U.S. central bank copes with a surge of inflation.

“The economy no longer needs increasing amounts of policy support,” Fed Chair Jerome Powell said in a news conference in which he contrasted the near-depression conditions at the onset of the coronavirus pandemic in 2020 with today’s environment of rising prices and wages and rapid improvement in the job market.

The pace of inflation is uncomfortably high, he said after the end of the Fed’s latest two-day policy meeting, and “in my view, we are making rapid progress toward maximum employment,” a combination of circumstances that has now convinced all Fed officials, even the most dovish, that it is time to exit more fully the pandemic policies put in place two years ago.

The scenario laid out by the central bank in its new policy statement and economic projections envisions the pandemic, despite the spread of the Omicron variant, giving way to a particularly benign set of economic conditions – a “soft landing” in which inflation eases largely on its own, interest rates increase comparatively slowly, and the unemployment rate is pinned to a low 3.5% level for three years.

Some analysts were skeptical.

“This is a forecast that implicitly has favorable developments that allow them to leave accommodation but get favorable inflation,” said Vincent Reinhart, chief economist at Dreyfuss & Mellon, noting that the three-year rate hike cycle projected by Fed officials never reaches levels that would be considered restrictive, yet inflation is still expected to fall.

The core of Fed officials thinks so. In their new economic projections, policymakers forecast that inflation would run at 2.6% next year, an increase over the 2.2% they projected in September, but then fall to 2.3% in 2023 and 2.1% in 2024.

Unemployment is seen dropping to 3.5% next year, well below the point Fed officials feel is sustainable in the long run, and remaining there through 2024.

As a result of that combination of rising prices and strong employment, officials at the median projected the Fed’s benchmark overnight interest rate would need to rise from its current near-zero level to 0.90% by the end of 2022. That would kick off a hiking cycle that would see the policy rate climb to 1.6% in 2023 and 2.1% in 2024 – still loose by most estimates.

Dropped from the latest policy statement was any reference to inflation as “transitory,” with the Fed instead acknowledging that price increases had exceeded its 2% target “for some time.”

Annual inflation has been running at more than double the Fed’s target in recent months.

To open the door to higher borrowing costs, the Fed announced it was doubling the pace of its bond-buying taper, putting it on track to end the purchases of Treasuries and mortgage-backed securities (MBS) by March. Until recently, the central bank had been buying $120 billion of Treasuries and MBS each month to help fuel the economic recovery.

U.S. stocks closed higher, with the S&P 500 gaining more than 1.6%, while yields on Treasury securities were also up. The dollar initially strengthened after the release of the Fed statement and projections before surrendering the gains to trade lower on the day against a basket of major trading partners’ currencies.

Traders in interest rate futures were pricing a first rate hike in May, and two more by the end of 2022.

Though the Fed made any rate hikes contingent on some further improvement in the job market, the new policy projections left little doubt that borrowing costs will rise next year, absent a major economic shock. All 18 policymakers indicated at least a single rate increase would be appropriate before the end of 2022.

All told, the new projections and policy statement began to pin down the central bank’s plan to exit the extraordinary monetary policy put in place in the spring of 2020 to nurse the economy through the fallout of the pandemic.

The health crisis is still underway, the Fed acknowledged, with the new variant adding to uncertainty about the course of the economy.

Powell, for example, told reporters that he would like to know how the U.S. labor market will function after people are free of healthcare, childcare and other pandemic worries, but “it doesn’t look like that is coming anytime soon.”

Yet he also downplayed Omicron’s potential economic risks, saying he did not expect the Fed would have to resume emergency bond purchases or take other steps to counter any fresh COVID-19 wave, and that economic performance would be less and less influenced by the pace of coronavirus infections.

Fed officials projected U.S. economic growth of 4.0% next year, an increase over the 3.8% forecast in September and more than double the economy’s underlying trend.

In some of his most pointed comments about inflation yet, Powell said that sharply rising prices had now emerged as a bigger threat to jobs than the pandemic.

“What we need is another long expansion,” he said. “That’s what it would really take to get back to the kind of labor market that we’d like to see, and to have that happen we need to make sure that we maintain price stability.” 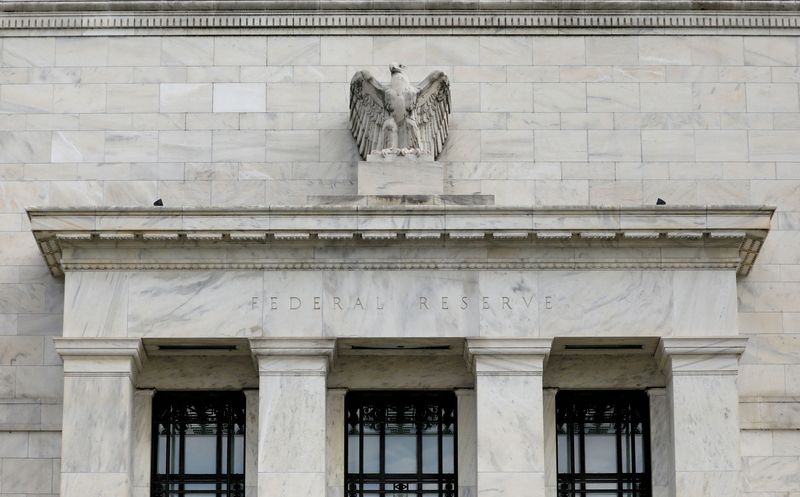 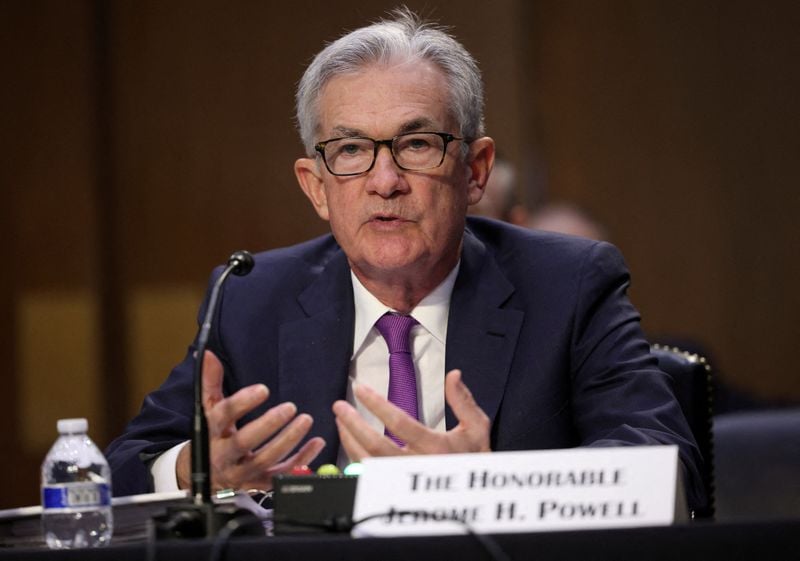