NEW YORK – The Federal Reserve, signaling its inflation target has been met, on Wednesday said it would end its pandemic-era bond purchases in March, paving the way for three quarter-percentage-point interest rate increases by the end of 2022.

In new economic projections released following the end of a two-day policy meeting, officials forecast that inflation would run at 2.6% next year, compared to the 2.2% projected as of September, and the unemployment rate would fall to 3.5%.

As a result, officials at the median projected the Fed’s benchmark overnight interest rate would need to rise from its current near-zero level to 0.90% by the end of 2022, with continued increases in 2023 to 1.6% and in 2024 to 2.1% required to pull inflation back to the central bank’s 2% target.

In a press conference after the meeting, Fed chair Jerome Powell said the strength of demand in the economy justified moving forward tapering bond purchases, and that the omicron variant has little do to with that. If the economy were to slow, that would slow rate increases, he said.

MICHAEL JAMES, MANAGING DIRECTOR OF EQUITY TRADING, WEDBUSH SECURITIES, LOS ANGELES”There’s nothing from Chair Powell’s commentary that was outside of buyside expectations. The worst case was he was going to sound overly hawkish. And while the comments and path to rate hikes is clearly hawkish, I don’t think that the Fed comments were outside the realm of expectations. And this market has become a function of sentiment and positioning. And you had hedge funds position for the worst, in the terms of the worst for equities, coming into the Fed statement this afternoon. I think is a function of sell the expectation and buy the news.”

“The bond market has largely discounted much of what the Fed wound up doing.

“It doesn’t sound to me that the Fed is going to have a balance sheet run-off at any point. But rather the reason they accelerated the taper was that once they’re done buying assets in March, if policymakers believe that a rate hike is needed they can obviously begin soon after the taper ends. Which is what we thought as well, that is the reason why they were tapering, to get maximum flexibility, and based on how Powell answered the question in the Q&A, that’s certainly the case.”

“It was almost exactly as in-line with expectations as you can get. It’s exactly what the Fed said they would do. So the market hasn’t reacted much at all. We saw a bump in the 2-year yield. More interestingly, stocks rallied and the spread between growth and value has narrowed a bit. That’s what you’d expect if you didn’t get a hawkish surprise.”

“Growth stocks have been strong relative to value but over the last few weeks they’ve come under pressure. What the markets are saying is because the Fed is increasing their taper, maybe they feel inflation is under control. They feel as if the Fed isn’t behind the curve anymore and they are believing that although we’ve retired the ‘transitory’ term, the Fed believes inflation will be below 3 percent next year. They did what was expected. It’s going to add to the credibility for the Fed and that will be on balance neutral to positive for the markets.”

“The Fed apparently just woke up to the inflationary pressures consuming the US economy. With CPI in touching distance of 7%, it should be of no surprise to see the Fed accelerating tapering and the median forecast showing three interest rate hikes in 2022. Price pressures may well ease next year, but inflation will settle at a level uncomfortably high for the Fed – this is transitory plus.”

“The big question for markets now is: can the US economy digest this pace of hikes without ending up with a stomach ache? After the 20 months we’ve had, perhaps six hikes over a two-year period looks overwhelming. But compared to previous hiking cycles – most pertinently 2004 to 2006 when the Fed made 17 consecutive hikes – we are tentatively confident that the US economy can handle it. Not only that, but US inflation needs it.”

“Given how a lot of people were looking at something a lot more hawkish after the comments from Powell in his testimony before Congress, yes they’re bringing the hikes forward, but then total hikes, where do we get to? What’s the path? Actually it’s not much higher than where we were.

“When you look at it, the fed funds rate is much higher the next two years. But then it flattens out in 2024. When you looked at long-end real rates they were still negative, and this almost reinforces that message.

“When you look at their growth projections, they’ve actually come down. Total change in GDP is much lower than it was.”

“This is a major pivot from the Fed, prompted by clearer evidence that inflation is broadening. By signaling that asset purchases will now cease in March 2022 they are paving the way for an interest rate hike late next summer. The ‘DOT’ plot  shows unanimity among the FOMC on the need for a rate rise next year, which is a big contrast with the 50/50 split in the September DOTS.  The language on inflation has changed markedly. Supply -demand imbalances related to the pandemic are now described as contributing to elevated ‘inflation’ rather than to ‘price increases in some sectors’. Most significantly, inflation is described as having already exceeded 2 per cent ‘for some time’, so it looks like the Fed feels enough progress has now been made in compensating for earlier shortfalls in inflation.”

“The new kind of withdrawal of stimulus should support a flatter curve, lower yields generally and an environment that would favor growth stocks over value stocks.”

“The fact that the taper has been accelerated, it reduces that inflationary impulse. And so even though they’re actually speaking to higher rates, ultimately by the time we get to zero balance sheet expansion at the end of March is going to be a very different outlook for interest rates because this is an economy that’s not going to be getting that stimulus.”

“It’s that withdrawal of liquidity that actually makes the rates even lower and actually favor stocks, like the tech sector, and like utilities that definitely tend to benefit from a lower yield environment.”

“The taper is actually going to be sufficient to stop the inflation and they actually probably won’t need to hike as much as they say they do.”

“The stock market is not doing a whole lot if you look at the S&P 500, it has gone up a little bit but not too much. The market has already assumed, had already priced in since Chairman Powell’s congressional testimony a couple of weeks ago the doubling of the taper speed as well as the expectation that the dot plots would rise. We don’t have a lot of surprises in terms of the taper speed or the softening of the language around how transitory inflation might be and how it is no longer limited to certain sectors as it was in the previous statement.”

“It’s hawkish, but it’s not more hawkish than anticipated. The doubling of the QE was largely expected. The transitory word has been banished. The labor market is making substantial progress.”

“It seems like they are really putting the focus on inflation and positioning themselves in a way that they could, over the next few months,  proceed with rate liftoff.”

“It’s largely in line with market expectations. Markets are perhaps a little bit more hawkish than that. But, I think it’s a fairly balanced view in terms of the outlook so from a markets perspective I don’t think it should trigger a massive tightening of financial conditions. The outlook in terms of growth is a little bit stronger for next year, but weaker in the medium run. So it probably points towards a bit of a potential further flattening of the yield curve going out.”

“I think it is a little aggressive… my expectation has always been that we are probably going to get one or two (hikes) and the first one probably does not happen ’til mid year,”

“It cements the fact that they recognize that inflation is not transitory. It gets the Fed in line with where everybody else has already been.”

“The Fed didn’t throw any curve balls. This is widely as expected. One positive, is they see inflation at 2.6% next year, so the Fed sees inflation coming down. That could be because as much as three rate hikes next year could potentially put a lid on inflation.”

“From the headline, there are no major surprises. As we speak the S&P and the Dow are turning green. The Q&A is what we’ll focus on next but the market seems to be taking things in stride. It didn’t surprise anyone.”

“Powell painted this picture two weeks ago when he spoke in front of congress and potentially calmed the fears over tapering. And today did little to change that narrative.”

“(This week’s sell-off) was a combination of consolidating gains from the week before but also some skittishness ahead of what was potentially the last major market event of this year.”

“The rest of the year should be fairly quiet. It’s a nice feeling to get past this major event as we head into what is widely known as the ‘Santa Claus rally,’ historical strength late in the month of December.”

“It’s a little bit more aggressive than I think Powell talked about in front of Congress. The part that’s not a surprise is the Fed is going to increase the pace at which they take away the bond purchases… (The market) is very volatile and will be volatile through tomorrow, as investors try to figure what is supposed to happen or what’s going to happen next.” 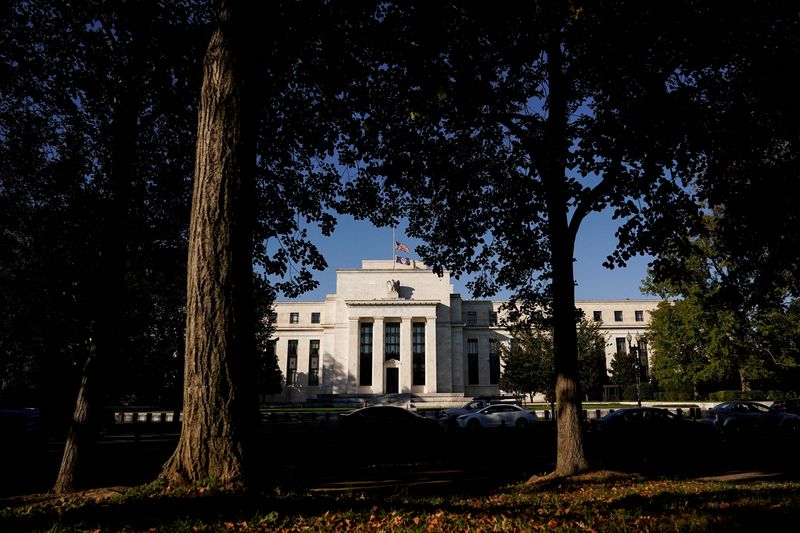