BRUSSELS -The leaders of France and Germany sought on Wednesday to revive talks with Russia while keeping up pressure on Moscow to deter what the West says may be preparations for a new attack on Ukrainian territory.

“The three leaders reaffirmed their commitment to this format of negotiations in order to find a lasting solution for the conflict and to preserve Ukraine’s sovereignty and territorial integrity,” his office added.

Zelenskiy said Ukraine was ready for any format of talks with Russia but would like to see a strong western sanctions policy against Moscow to avoid further escalation.

Some states and leaders were proposing to introduce tough sanctions after any escalation from Russia, he said, adding that in Ukraine’s view, that was too late.

Ukraine is currently the main flashpoint between Russia and the West. The United States says Russia has amassed more than 100,000 troops on Ukraine’s borders, possibly in preparation for an invasion. Moscow says its actions are purely defensive.

“The message is very clear: Should Russia take further aggressive action against Ukraine, the costs will be severe and the consequences serious,” European Commission chief Ursula von der Leyen said.

Russia’s foreign ministry on Twitter urged the West and Ukraine to implement the peace deals of 2014 and 2015 that include prisoner exchanges, aid and the withdrawal of weapons.

Relations between Moscow and Berlin reached a new low on Wednesday when a German court found that Russia ordered the killing of a former Chechen militant in a Berlin park, and sentenced the agent who carried out the 2019 act of “state terrorism” to life imprisonment.

Germany summoned the Russian ambassador after the ruling, telling him that two of his embassy’s diplomatic staff would be expelled, Foreign Minister Annalena Baerbock said.

Zelenskiy said on Twitter he was hoping for France’s support in countering Russia’s “hybrid aggression” in Europe as Paris assumes the rotating EU presidency for six months in January.

He also invited Scholz to Ukraine and wished to deepen cooperation with Berlin in energy, security and defence – veiled criticism of the Nord Stream 2 natural gas pipeline from Russia to Germany and of Berlin’s opposition to weapons deliveries to Ukraine.

After the meeting, Ukraine joined Georgia and Moldova at the summit to lobby the EU to let them begin negotiations to join the bloc. But for now they will only win assurances of support against any possible Russian aggression.

The one-day “Eastern Partnership” summit in Brussels highlights the limited success of the EU’s approach to the six ex-Soviet republics it embraces, all of them in what Russia considers its backyard where it has security interests.

Of the six, Georgia, Moldova and Ukraine are all locked in territorial disputes with Moscow. The leaders of Armenia and Azerbaijan are attending the summit but are not seeking EU membership. Belarus’s President Alexander Lukashenko, hit by Western sanctions over his human rights record, stayed away.

The EU will “acknowledge the European aspirations and the European choice” of the five countries concerned, the final summit statement noted. 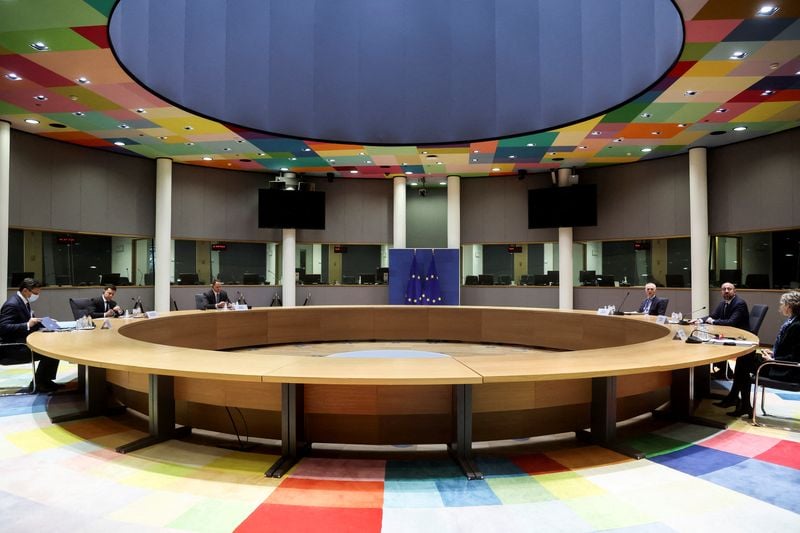 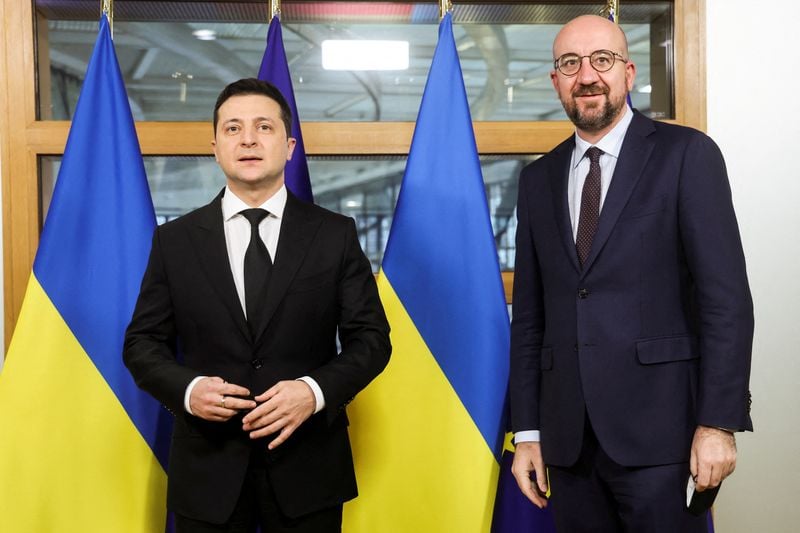 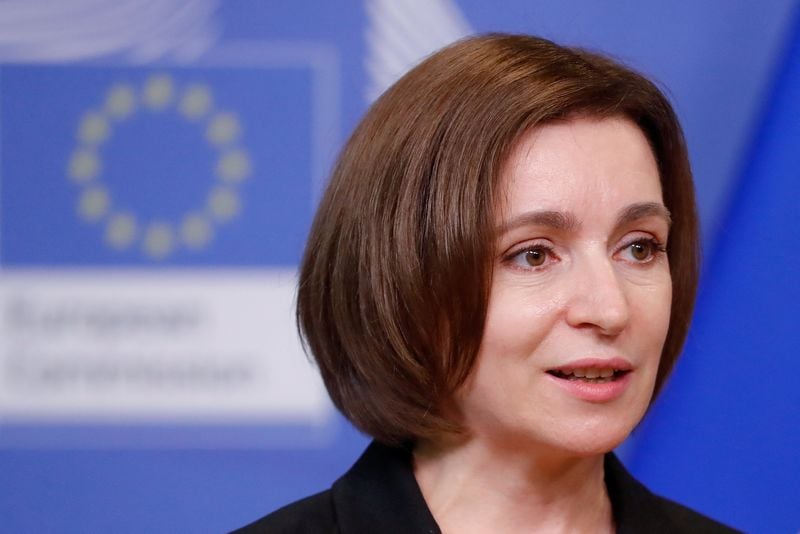 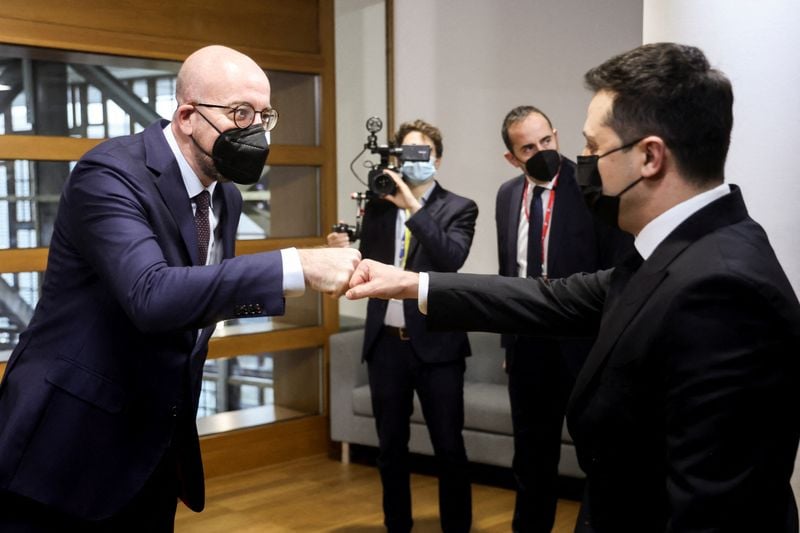 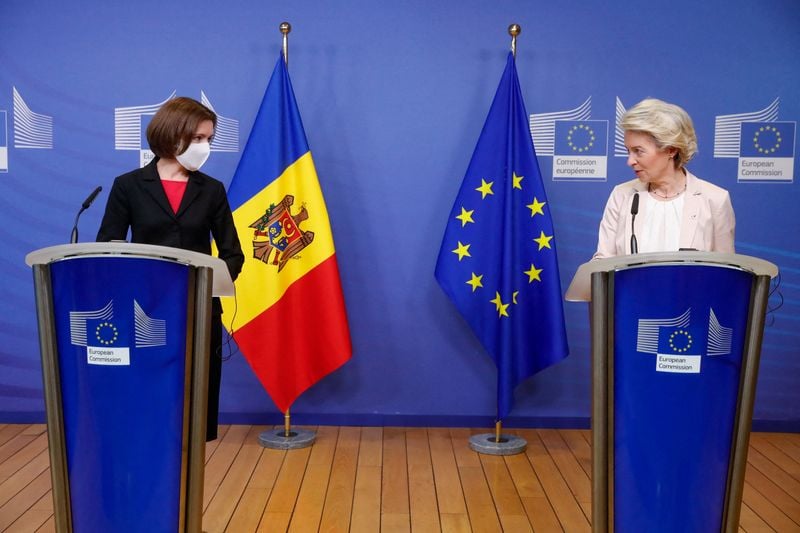