A look at the day ahead from Dhara Ranasinghe.

A fortnight ago, Federal Reserve chief Jerome Powell offered a glimpse of what was to come at the December Fed meeting by suggesting a tapering of asset purchases would be speeded up. Now it’s time for Powell to reveal his full hand.

With inflation running at almost four-decade highs, the Fed is expected to end its two-day meeting on Wednesday by accelerating its taper of asset purchases from the current $15 billion monthly pace. Some reckon that pace will be doubled.

That would mean the taper could possibly end earlier, which in turn would mean interest rates start rising sooner than anticipated.

The spotlight falls now on the Fed’s ‘dot plot’ of where policymakers see rates headed.

A minimum of two hikes in the dots for next year seems a given. Anything more than that would be considered a hawkish surprise, and would possibly upend the calm in world markets, just before Thursday’s central bank meetings in the euro area, Britain, Switzerland and Turkey.

For the Bank of England at least, the dilemma is heating up — money market have virtually priced out a rate hike this week after the Omicron outbreak, yet Tuesday’s jobs data and inflation figures just out will make for uncomfortable reading for the bank, with the November price print at a 10-year high of 5.1%.

The Fed’s policy statement and updated economic projections are out at 1900 GMT, followed by a news conference 30 minutes later. With that on the horizon, stock markets are virtually flat. European and U.S. equity futures are little moved, while the dollar is holding firm.

U.S. 10-year Treasury yields are at 1.43%, well below a recent 1.693% top. The yield curve continued its flattening trend, as investors wager an earlier start to Fed tightening will lead to slower inflation in the long run. 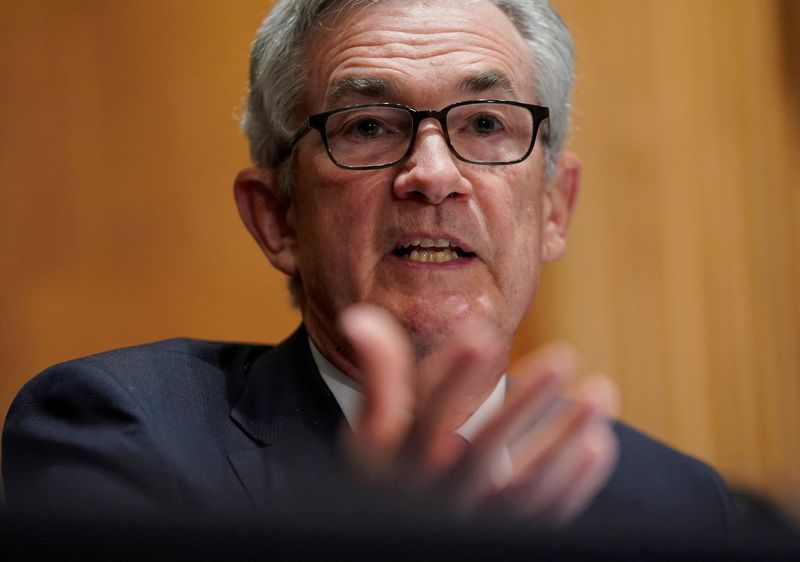