Curry, a three-time National Basketball Association champion and two-time league MVP, pounded his chest and let out a roar after hitting the 28-foot shot.

He was immediately embraced by his team mates, coaches, father and former NBA player Dell Curry, and Allen.

“To do it here, in Madison Square Garden, in front of this guy right here (points at Allen) and Reggie Miller, it’s special,” Curry said in a courtside interview.

“I’ve had crazy faith since I started playing basketball, to think this moment was possible.”

Curry entered Tuesday’s contest just two three-pointers shy of Allen’s regular-season record and the sold-out crowd remained on its feet throughout the early part of the game in anticipation of the record being broken.

“It’s been a long week since our last home game, where everybody was talking about me being 16 away,” Curry said. “It seemed like every shot I took there was another level of anticipation and anxiousness around it.

“I’ve just been trying to play my game. Today it kind of set up perfectly, to make the first one, get it out of the way and then let the record-breaker come to me.”

Miller, who was calling the game on TNT’s national broadcast, is third on the list with 2,560 three-pointers.

Curry ended the game with five three-pointers, taking his career total to 2,977, as the Warriors rode a late surge to beat the Knicks 105-96.

The 33-year-old Curry, who is playing in his 13th season, is widely considered the greatest shooter in the history of the league, a description he is now comfortable with.

“I pride myself on shooting a high percentage, on allowing that to help us win games, and now I can pride myself on getting to the number Ray set,” Curry told a news conference later.

“I never wanted to call myself the greatest shooter until I got this record, so I’m comfortable saying that now.” 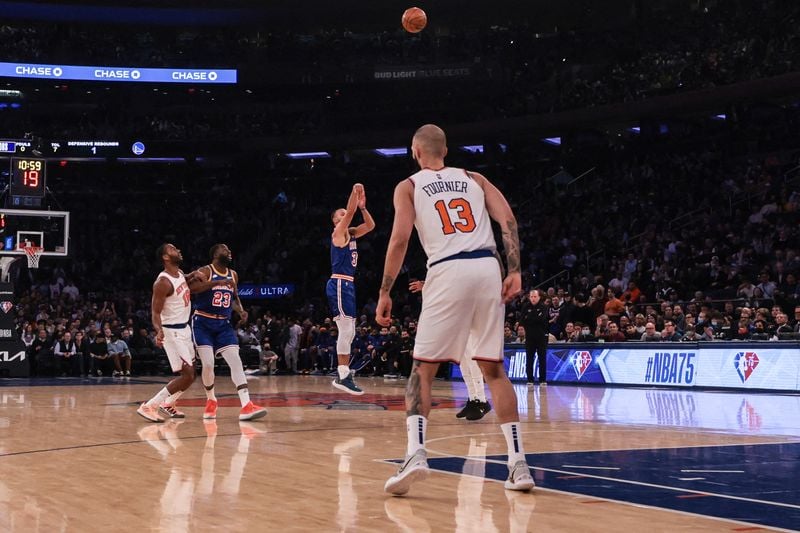 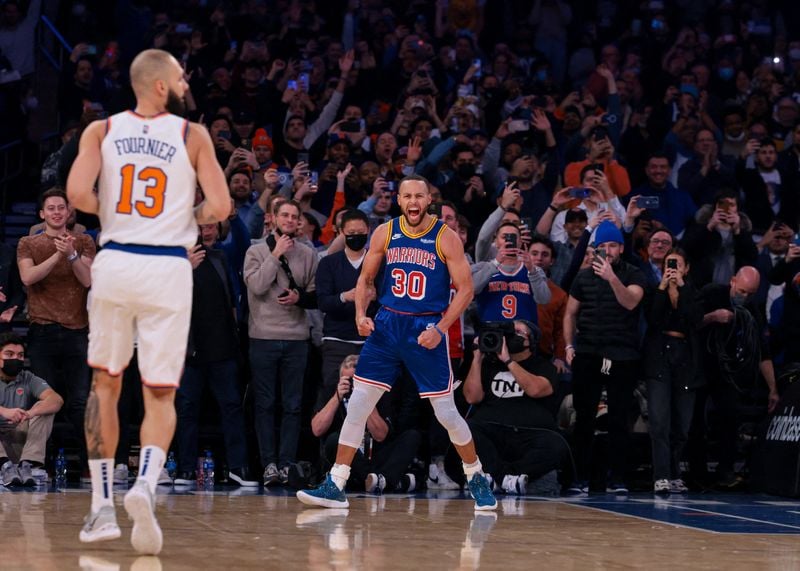 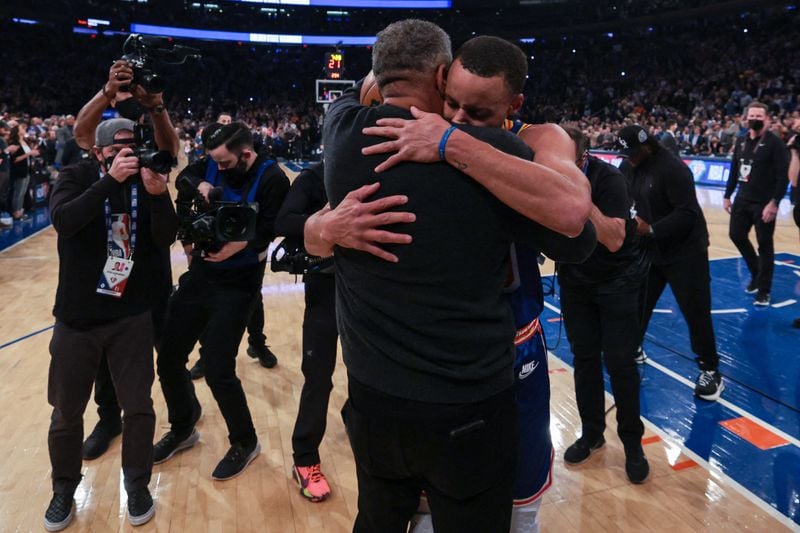