(Corrects number of cancelled passenger planes to 17 from 22, para 4)

SINGAPORE/PARIS – Singapore Airlines (SIA) has thrown its weight behind efforts by Airbus to penetrate the booming air cargo market, signing a provisional deal to buy seven A350 freighters and become the first major airline operator of the plane.

The backing from a blue-chip Asian carrier is a fillip for the European planemaker’s efforts to break into a lucrative niche long dominated by its U.S. archrival Boeing.

Deliveries will begin in the fourth quarter of 2025, the airline said on Wednesday. It did not provide a value for the order.

A letter of intent includes a quid pro quo, however, allowing the airline to swap part of the order for 15 A320neo jetliners and two A350-900 passenger versions that it had previously ordered from Airbus and remain to be delivered.

Those 17 planes had a list value of $2.3 billion when Airbus last published prices in 2018, roughly the same price as the estimated value of the freighters.

While order prices typically fall well below catalogue ones, this is a possible indication that the planemaker is not making major extra revenue from the deal, analysts said.

Until now, Airbus has been reluctant to let many airlines cancel planes, preferring to delay delivery and keep orders on its books. But a big-name endorsement for its latest assault on the cargo market might have tipped the balance, several industry sources said.

Airbus will also easily find homes for the in-demand A320neos and is anxious to prop up weak wide-body A350 production, making it a net winner from the deal, they added.

The deal also represents the first key order for the A350 since Airbus was plunged into a dispute with the plane’s launch customer, Qatar Airways, over erosion to the surface of existing jets.

Reuters reported in November that Airbus was aiming to land an A350 freighter deal with Singapore as Qatar Airways looked likely to back rival Boeing’s 777X freighters..

“I was looking very positively at (Airbus) freighters. But they have destroyed that relationship,” Al Baker told the South China Morning Post in an interview. “I don’t think that they will ever get a single size of order that we would have placed for the freighter.”

Singapore Airlines said its seven new A350 freighters, along with options for another five, would replace its own fleet of seven ageing Boeing 747 freighters and reduce carbon emissions.

It is the third customer for the A350F freighter after lessor Air Lease Corp and French cargo company CMA CGM.

“The selection of the A350F to replace the 747F is sensible as SIA already has the world’s largest A350 passenger fleet, creating attractive synergies for its future cargo operation,” said Singapore-based aviation analyst Brendan Sobie.

He said the conversion of 15 A320neos made sense because the airline had too many such planes on order for the post-pandemic world. Others have been buying such jets, however.

Cargo accounted for two thirds of SIA’s revenue in the six months to Sept. 30. The airline, which lacks a domestic market, has been hit hard by pandemic-related border closures.

SIA on Wednesday said it should reach 45% of pre-pandemic passenger capacity in December, up from an earlier estimate of 43% as Singapore gradually opens its borders. In November, it filled about a third of its passenger seats.

(This story corrects the number of cancelled passenger planes to 17 from 22, para 4)

(Reporting by Jamie Freed in Sydney and Tim Hepher in Paris; Editing by Louise Heavens, David Goodman and Pravin Char) 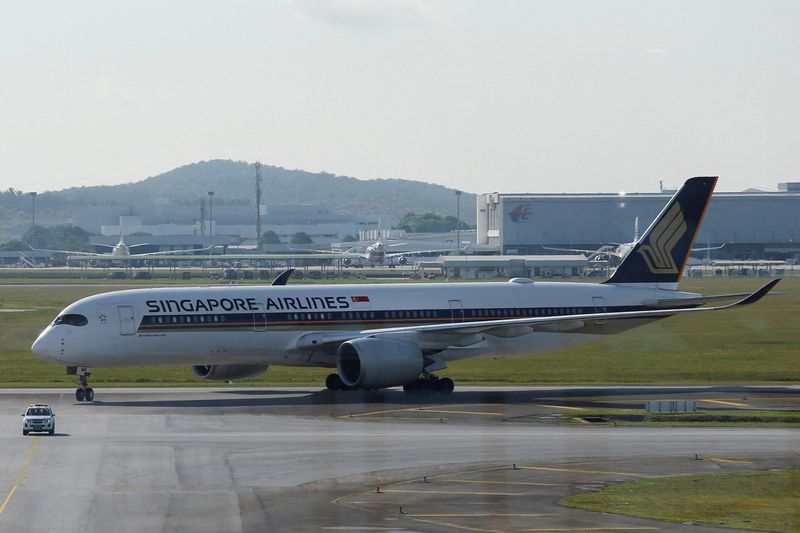