All but five of the 42 clubs in the top two divisions signed up to the 1.994 billion euro ($2.24 billion) investment from CVC Capital Partners, the first of its kind in Europe.

Four clubs, including the top flight trio, opted out and one abstained.

The deal was “an illegal transaction that causes irreparable damage to the entire Spanish football sector and flagrantly violates the most elementary principles of Spanish sports law and the LaLiga statutes,” Real Madrid, Barcelona and Athletic Bilbao said in a statement announcing legal action and published on their websites.

The agreement, dubbed “LaLiga Boost”, buys CVC an 8.2% stake in a new company that will get broadcasting revenues and sponsorship rights for 50 years.

It commits clubs to allocating 70% of funds for investments to new infrastructure and modernization projects. Up to 15% can be used to sign players, with the remaining 15% for reducing debt.

LaLiga said it confirmed the legality of the deal.

“This decision by Real Madrid CF was a foreseeable reaction, given the Club’s history of head-on opposition and appeal against any strategic initiative that represents an advance and a boost for the competition and its clubs,” it said in a statement.

The CVC deal looked at risk of unravelling last week when Barcelona, Real Madrid and Athletic Bilbao proposed an alternative proposal for JPMorgan, Bank of America and HSBC to jointly lend 2 billion euros in exchange for a fixed annual payment of 115 million euros over 25 years, a document seen by Reuters showed.

Barcelona and Real Madrid were also among the driving forces behind a failed plan to launch a breakaway European Super League earlier this year, and vowed to continue to try to set it up.

(Reporting by Fernando Kallás in Madrid and Rohith Nair in Bengaluru; Editing by Alex Richardson and John Stonestreet) 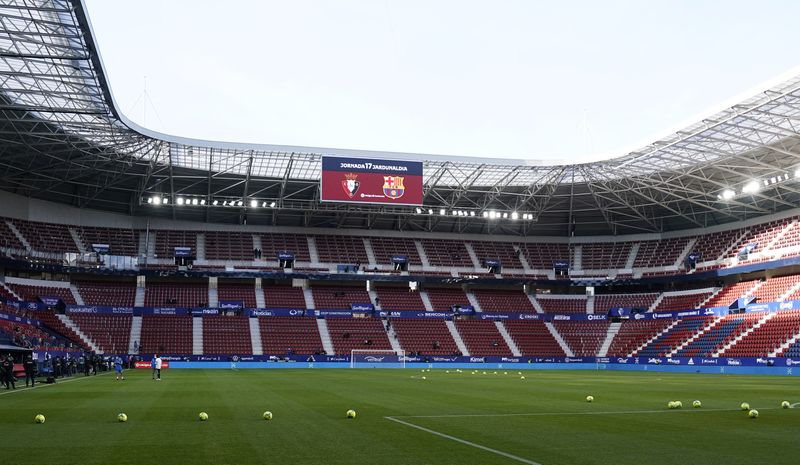