ISTANBUL – The lira weakened 2.4% to the dollar on Wednesday over prospects for another Turkish interest rate cut the next day, and ahead of a key policy decision by the U.S. Federal Reserve that might draw more funds out of emerging markets.

Investors fear the Federal Reserve might take a more hawkish stance than previously expected when it meets on Wednesday, outlining plans for tightening policy and hiking interest rates next year.

Turkey’s central bank is expected to cut its policy rate by 100 basis points on Thursday despite the lira slump and soaring inflation as President Tayyip Erdogan exerts pressure on it to boost growth ahead of 2023 elections.

It has cut its key rate by 400 basis points to 15% since September under Erdogan’s plan to prioritise exports and lending, even though economists regard the move as reckless.

The bank has intervened in the forex market four times in the last two weeks, selling dollars to slow the sell-off. It will announce its rates decision at 1100 GMT on Thursday.

The lira slide is aggravating inflation, which rose to a three-year high of 21.3% last month. It is also eroding Turks’ earnings and fuelling discontent among workers.

Healthcare unions representing more than 250,000 health sector workers went on a one-day strike on Wednesday, protesting what they say are poor wages and harsh working conditions. 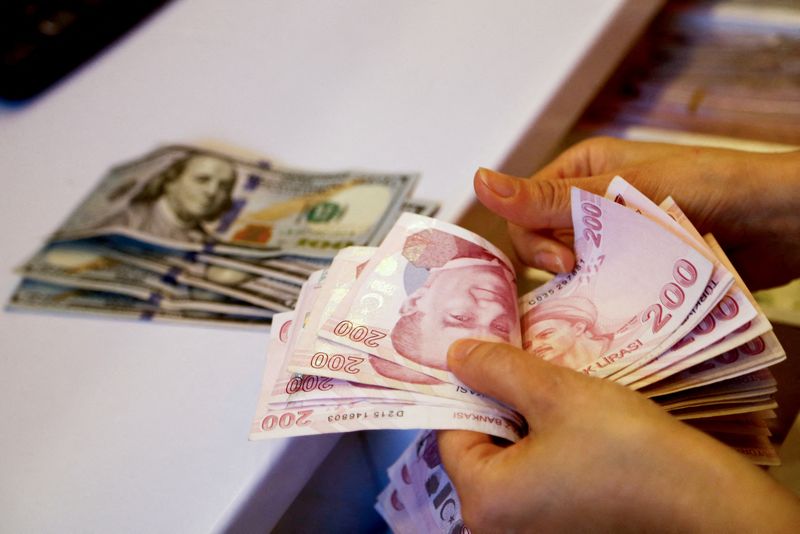