By Makini Brice and Susan Cornwell

WASHINGTON – The U.S. Congress on Tuesday approved raising the federal government’s debt limit by $2.5 trillion, to about $31.4 trillion, sending the bill to President Joe Biden to sign and avert an unprecedented default.

The passage follows a months-long standoff between Democrats and Republicans, with the latter seeking to force Biden’s party to raise the debt limit on its own from the current $28.9 trillion level, generating fodder for attack ads during the 2022 congressional elections.

A deal last week between Democratic Senate Majority Leader Chuck Schumer and his Republican counterpart, Mitch McConnell, set the stage for Tuesday’s vote, bypassing normal Senate rules requiring at least 60 of the chamber’s 100 members to agree to advance most legislation. The Senate passed the bill earlier on Tuesday in a partisan 50-49 vote.

The Democratic-led House of Representatives approved the bill in a 221-209 vote.

Schumer said the increase would cover the government’s needs into 2023, through the Nov. 8 midterm elections that will determine control of Congress.

Under the unusual deal worked out by Schumer and McConnell, and approved by both chambers last week, legislation raising the debt ceiling could be passed this one time in the Senate by a simple majority, which meant Democrats could get it through on their own.

In the House, Republican Representative Jodey Arrington told the chamber’s Rules Committee he was disappointed that McConnell had agreed to the deal. The country’s debt level was at its highest since World War Two and “we ain’t in a war,” Arrington said.

The committee’s chairman, Democrat Jim McGovern, responded: “I don’t normally have many nice things to say about Mitch McConnell, but I do think he understands that … not to allow this to go forward, it would be ruinous to our economy.” The committee then voted 9-4 to move the legislation to the House floor.

The increase is needed in part to cover debt incurred during Republican Donald Trump’s presidency, when the debt rose by about $7.85 trillion, partly through sweeping tax cuts and spending to fight the COVID-19 pandemic.

Related News:   What is driving the violence in eastern Congo?

Republicans, who oppose the debt ceiling increase and control half of the Senate’s 100 seats, have tried to link the vote to Biden’s $1.75 trillion “Build Back Better” bill to bolster the social safety net and fight climate change.

“Every Senate Democrat is going to vote along party lines to raise our nation’s debt limit by trillions of dollars,” McConnell said in a speech before the vote. “If they jam through another reckless taxing and spending spree, this massive debt increase will just be the beginning.”

But Schumer was upbeat, saying: “This is about paying debt accumulated by both parties, so I’m pleased Republicans and Democrats came together to facilitate a process that has made addressing the debt ceiling possible.”

The debt ceiling fight and another self-created crisis, passing a bill to continue funding the government through February, occupied much of Congress’ time this month, and members in both chambers are now eager to begin long holiday breaks.

It remains unclear if congressional Democrats will be able to meet Schumer’s other goal, passing Biden’s sweeping $1.75 trillion bill to bolster the social safety net and fight climate change by Christmas. Deep disagreements within the party on the size and scope of the package have stalled that effort. 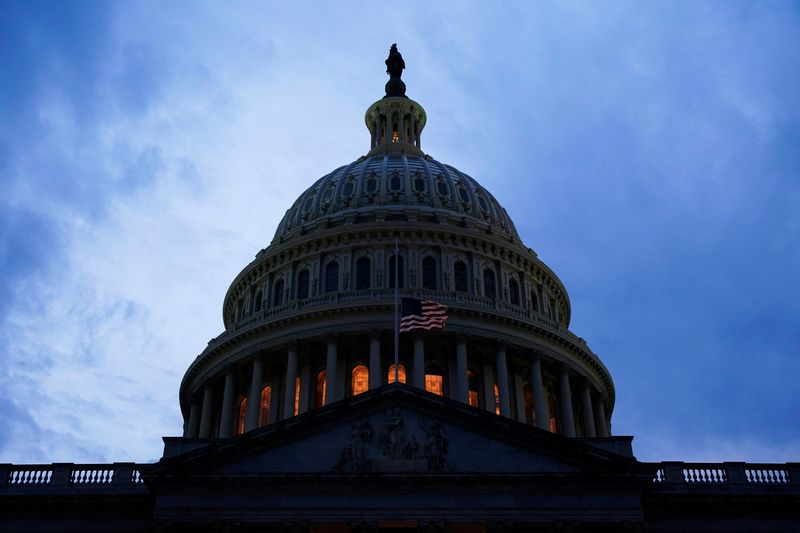