New home prices fell 0.3% month-on-month in November, the biggest decline since February 2015, according to Reuters calculations based on data released by the National Bureau of Statistics (NBS) on Wednesday. That was worse than the 0.2% drop in October.

Only nine of 70 cities tracked by NBS saw monthly price gains in November, the fewest since February 2015, according to Reuters calculations.

In a separate NBS statement, home sales by value slumped 16.31% in their fifth month of declines, pointing to gloomy demand despite measures taken by some cities to boost transactions.

“Cities of all classes are under pressure,” said Yan Yuejin, director of Shanghai-based E-house China Research and Development Institution.

“The current scale of market supply is large and demand is weak. The key is to accelerate inventory de-stocking to stabilise home prices.”

China’s property sector has been grappling with tighter regulations this year, including curbs on bank lending and limits on how much property developers can borrow amid growing financial woes.

New home prices have dropped in 64 of 70 cities so far this year, according to Reuters calculations.

For the supply side, new construction starts as measured by floor area tumbled 21.03% on year in November, down for the eighth month, while property investment by developers fell 4.3%.

Related News:   Bank of England's Mann doubles down on backing for rate hikes

“Due to the dual impact from the cyclical slowdown and (government) policies, coupled with the debt crises at some developers, the property shock is yet to pass, but with a good policy response, systemic risks can be avoided,” said Zhang Yi, chief economist at Zhonghai Shengrong Capital Management.

China’s top leaders said “houses are for living in, not for speculation” during an agenda-setting meeting on Friday. They also pledged to promote the healthy development of the property market and better meet the reasonable demand of home buyers.

“The Central Economic Work Conference has set the tone of stabilising growth for next year, so we believe that as government policy kicks in, economic growth in the fourth quarter and first quarter of next year would bottom out and rebound,” Zhang said.

Unsold housing stock in China’s 100 biggest cities rose to the highest level in five years in November, according to a private sector survey last Friday.

S&P ratings agency expects the property downturn to persist on the back of credit tightening and restrictive policies in the sector, potentially leading to a 10% decline in nationwide residential sales next year. 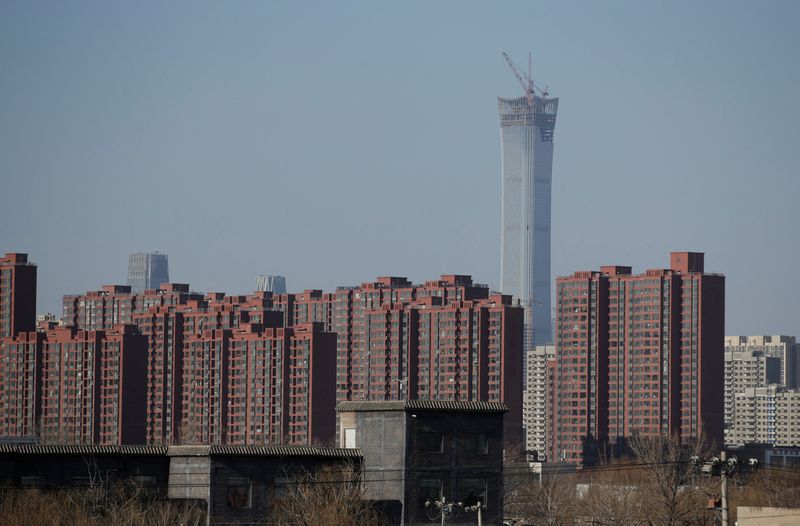 Bigger utilities to benefit most from Biden’s clean-energy funds