IHS Markit’s flash composite purchasing managers’ index fell to 50.0, an 18-month low, from 52.2 in November. This was weaker than a Reuters poll of analysts who had predicted a decline to 51.1 in December.

A reading of 50 marks an unchanged level of activity, with any value above that signalling growth and any below pointing to a contraction.

“The German economic recovery was stopped in its tracks in December by the resurgence of the pandemic, as renewed restrictions and increased uncertainty dampened activity across the country’s service sector,” Markit economist Phil Smith said.

The flash PMI for services activity dropped to 48.4, a 10-month low, from 52.7 the previous month, suggesting a drop in sales among retailers in the crucial holiday season at the end of the year.

The industrial sector showed some signs of improvement after supply bottlenecks for microchips and other intermediate goods hit factory output, especially among Germany’s big carmakers.

The flash PMI for manufacturing edged up to 57.9 from 57.4 in November.

“Any disruption to supply chains from the emergence of the Omicron variant seems to have been limited so far,” Smith said.

But he cautioned that the Omicron impact may not have filtered through yet and the situation could change quickly if more infections started to appear, especially in countries with a “zero COVID” approach.

The PMI survey data pointed to rates of inflation in input costs and output charges easing slightly from the multi-year highs seen in November when the EU-harmonized consumer price index hit 6% in Germany.

At the same time, business expectations brightened, buoyed by hopes that supply-chain problems and pandemic-related curbs on activity could fade over the coming year, Markit said.

The Ifo economic institute said on Tuesday it expected the German economy to shrink by 0.5% quarter-on-quarter in the final three months of this year and to stagnate in the first three months of next year. 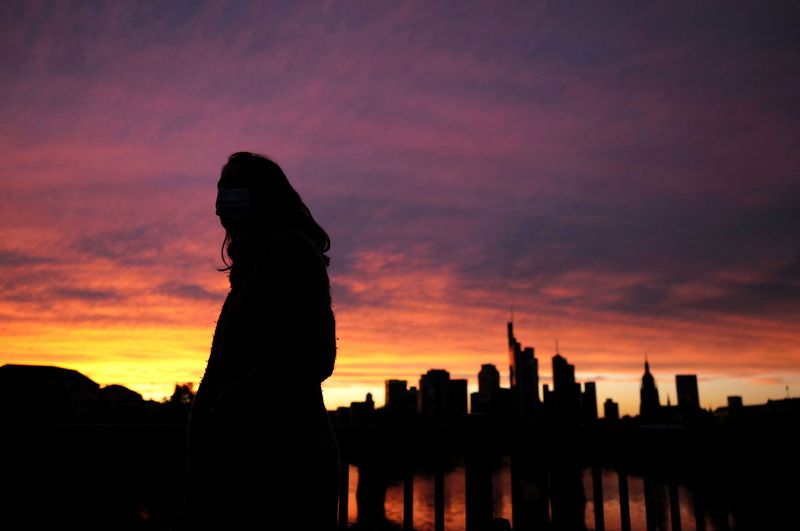