By Ted Hesson and Richard Cowan

WASHINGTON – Democrats in the U.S. Congress suffered a major setback on Thursday in their effort to grant work permits to millions of immigrants who have been living in the United States illegally for a decade or longer.

Senate parliamentarian Elizabeth MacDonough, who advises lawmakers on what is acceptable under legislature rules, rejected the inclusion of the Democrats’ proposal in President Joe Biden’s $1.75 trillion Build Back Better bill.

“We strongly disagree with the Senate parliamentarian’s interpretation of our immigration proposal, and we will pursue every means to achieve a path to citizenship in the Build Back Better Act,” Senate Majority leader Chuck Schumer and five fellow Democratic senators said in a statement.

MacDonough rejected the proposal on Thursday saying it would increase the deficit by $131 billion over 10 years and included “substantial policy changes with lasting effects,” which had already been considered and thrown out before, according to the text of the decision sent to lawmakers.

Her decision could shut the door on Democrats’ hopes of passing immigration reform anytime soon, since it could be even more difficult to pass a bill next year as lawmakers shift attention to their November 2022 re-election campaigns.

And if Republicans win control of the House or Senate in those contests, any easing of immigration policy could be on a back-burner for years to come.

House of Representatives Speaker Nancy Pelosi said in a statement that the ruling by MacDonough was “highly disappointing.”

She added, “House Democrats will continue to work with President Biden and Senate Democrats to secure the legal protections that immigrants have earned and need.”

With immigration legislation now less likely, Democrats and advocates could shift their focus to pressing Biden to address immigration policy through executive actions.

Democrats passed Biden’s spending package – known as the Build Back Better bill – in the House of Representatives in November, amid Republican opposition, and aim to do the same in the Senate.

The House version of the Biden spending package included several immigration measures, including the work permit provision granting a five-year renewable “parole” to immigrants living in the United States illegally since at least 2011.

The liberal Center for American Progress think tank estimated that 7 million immigrants would be eligible for the temporary protection against deportation and work permits under the Democrats’ plan.

(Reporting by Richard Cowan and Ted Hesson in Washington; Additional reporting by Makini Brice in Washington and Shivam Patel in Bengaluru; Editing by Mica Rosenberg, Alistair Bell and Sam Holmes) 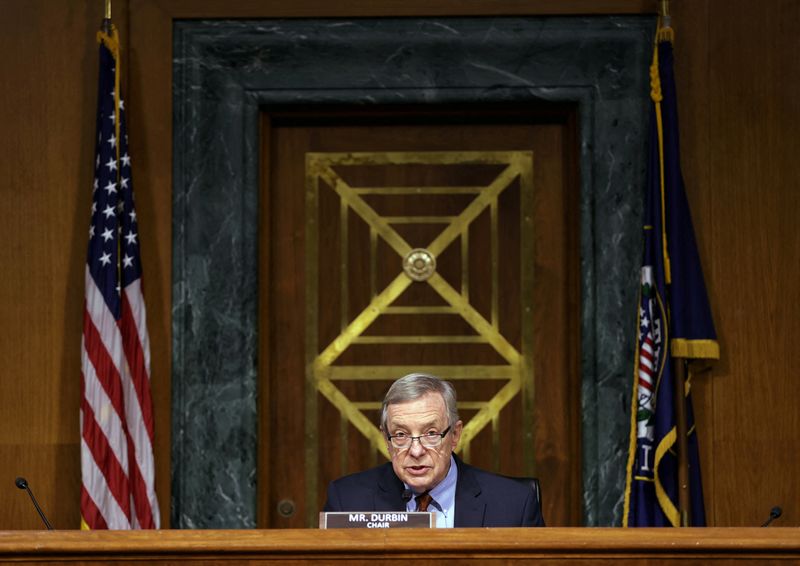