FRANKFURT -The European Central Bank took another small step in rolling back crisis-era stimulus on Thursday but promised to hold down borrowing costs next year and even kept the door open to restarting emergency support.

With the euro zone economy near its pre-pandemic size, pressure is mounting on the bank to follow its global peers in turning off the money taps, but any abrupt move would risk unravelling years of effort to rekindle once-anaemic inflation.

In a decision that leaves policymakers with plenty of escape clauses to change direction, the ECB will end emergency bond buys next March but temporarily double the pace of its longer-running Asset Purchase Programme (APP) to ease the transition.

It will also invest cash from maturing bonds for longer and promised to keep the PEPP emergency scheme mothballed, ready to be deployed at short notice in the event of turbulence.

“We need to maintain flexibility and optionality in the conduct of monetary policy,” ECB President Christine Lagarde told a news conference. “The spread of new coronavirus variants is creating uncertainty.”

Lagarde added that the global supply chain snags that emerged as demand took off after the lockdowns of 2020 were already holding the recovery back and would persist well into 2022.

Thursday’s measures were supported by a “very large” majority but conservative governors from Germany, Austria and Belgium – frequent opponents of the ECB easy money policies – objected.

They argued that the reinvestment commitment is too long and could bind the bank even as inflation threatens to exceed the target, sources familiar with the discussion told Reuters.

In a meeting described as tense, several policymakers also questioned the ECB’s inflation projections, arguing that the bank is underestimating the risk of price growth holding above the 2% target.

Some conservatives also objected to the ECB’s decision not to put an end-date on bond buys, which will continue “as long as necessary” after their pace falls from 40 billion euros a month in the second quarter to 20 billion euros by October.

The decisions appear to be a compromise that give plenty to the increasingly vocal camp of conservative policy “hawks”, mostly from the north of the 19-country currency bloc.

“There is something for everyone,” ING economist Carsten Brzeski said. “The short-lived boost to APP is clearly a victory for the hawks, while the open ending to APP purchases should be regarded as a victory for the doves.”

The euro initially rose on the ECB’s decision but ended the day broadly unchanged.

“The ECB has surprised the market with the relatively contained size of APP monthly purchases going forward, though there are dovish elements in its statement with respect to the reinvestments of the PEPP and the fact that it could be resumed,” said Jane Foley, head of FX strategy at Rabobank.

The world’s two biggest central banks are now on opposing courses after the U.S. Federal Reserve accelerated its exit from asset buys on Wednesday and flagged several rate hikes. Similar divergences have led to market turbulence in the past.

In a move aimed specifically at Greece, the ECB said it would be willing to skew reinvestments to support the country as it remains ineligible for the more conventional APP scheme due to its low credit rating.

Although the ECB’s “recalibration” will leave asset buys well below their current levels, the effective cut is likely to be much smaller as fresh government issuance will decline, so that the ECB will continue to hoover up most of the new debt.

The bank also maintained its forward guidance on interest rates and asset purchases, which some had expected to be tweaked. 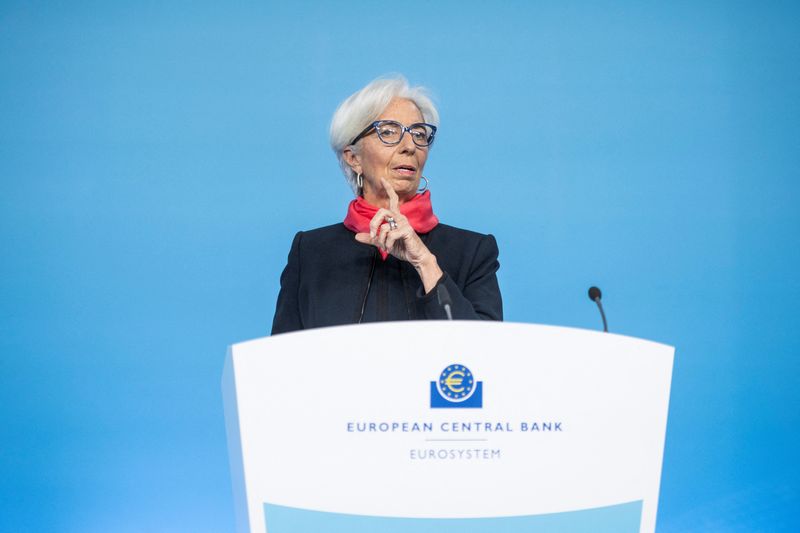 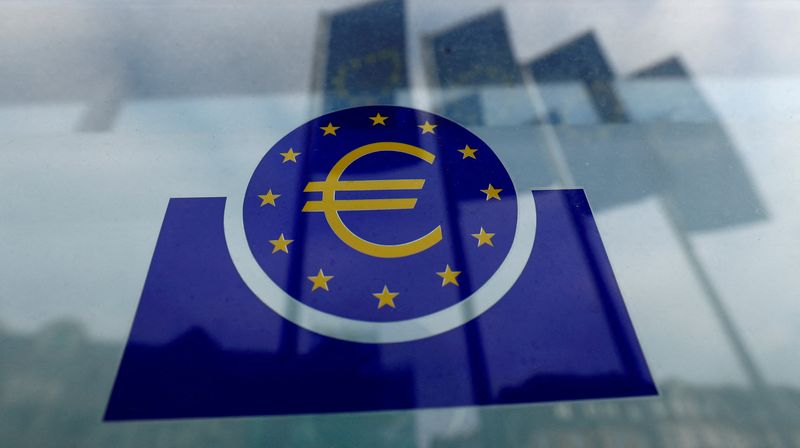