By Dominique Vidalon and Christian Lowe

PARIS – France announced on Thursday that because of surging COVID-19 cases in Britain only designated categories of people would be allowed to travel between the two countries, and anyone arriving from Britain would have to self-isolate.

Truck drivers will though be exempt from the new rules, the French government said, easing British concerns the restrictions could cause supply chain disruptions.

France said it was acting now because the Omicron variant of the COVID-19 virus, which scientists say appears to be highly infectious, is spreading rapidly in Britain.

“Our goal is to limit as much as possible the spread of Omicron across our territory,” French government spokesman Gabriel Attal said on BFMTV television station.

He said there were currently 240 confirmed Omicron cases in France, far fewer than in Britain.

The new restrictions announced by Paris mean that the only people allowed to travel from France to Britain are British nationals returning home, people attending a funeral of a close relative, people traveling for medical reasons, people carrying out essential work, and some other exceptional cases.

Under the new rules, people are only allowed to travel from Britain to France if they are a French citizen, or a foreigner permanently resident in France, are carrying out essential work, or are in transit for less than 24 hours.

Britain’s government reacted swiftly by saying it does not believe tighter border measures are effective when the Omicron variant has spread so widely already, but added it was up to countries to decide whether they want to go down that route.

“Certainly on our part, given the transmissibility of Omicron and its seeding around the world, we don’t think red lists … are effective or proportionate at this current time,” a spokesman for Prime Minister Boris Johnson said, adding he didn’t believe Britain was forewarned of the move.

Under France’s new rules, before entering the country, travelers will need a negative PCR or antigen test not older than 24 hours. Previously the test could be taken 48 hours before entry.

Once travelers arrive in France, they will have to self-isolate for seven days, though isolation will be lifted after 48 hours if a test conducted in France is negative. That restriction until now applied only to non-vaccinated travelers from Britain.

According to a document published by the French government, the new rules take effect after midnight on Friday night.

A French transport ministry representative said truck drivers were among the groups still allowed to travel, and the new testing and self-isolation rules would not apply to them.

On Thursday morning, a Reuters photographer spotted several miles of trucks queuing up on the main road into the British port of Dover, the busiest departure point for maritime journeys to France. It was not clear what the cause was.

The latest figures released on Wednesday showed new COVID-19 infections in the United Kingdom reached the highest daily level since the early 2020 start of the pandemic, with more than 78,000 reported. 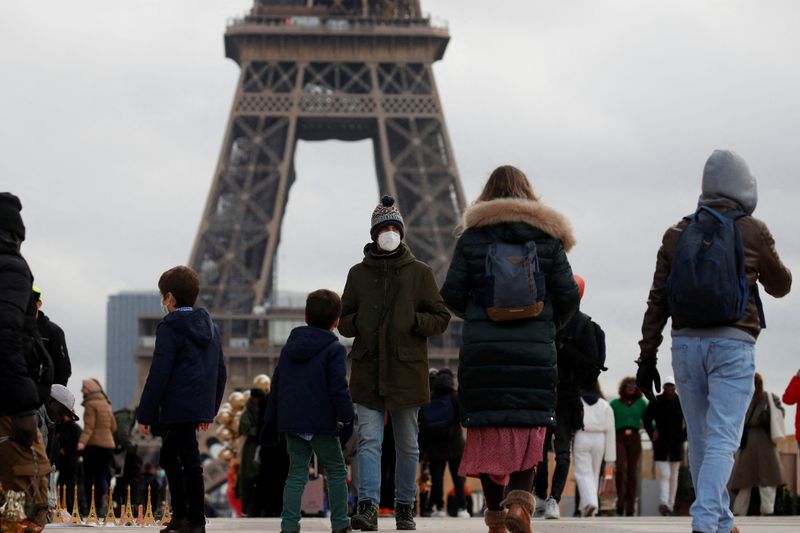