BOSTON – The chief executive of a liquor distribution company was sentenced on Thursday to six weeks in prison for paying $575,000 to rig her son’s college entrance exam and secure his admission to the University of Southern California as a fake football recruit.

Marci Palatella, 66, was also ordered by U.S. District Judge Nathaniel Gorton in Boston to serve an additional six months of home confinement after admitting she participated in the vast fraud scheme at the center of the U.S. college admissions scandal.

She had pleaded guilty in August to conspiring to commit honest services mail fraud. Gordon also ordered the Hillsborough, California, resident to pay a $250,000 fine and perform 500 hours of community service.

Her lawyer, Jack DiCanio, did not respond to a request for comment.

Fifty-seven people have been charged in the investigation, which centers on a scheme in which parents conspired with California college admissions consultant William “Rick” Singer to secure their children’s college admissions fraudulently.

Singer pleaded guilty in 2019 to facilitating college entrance exam cheating and using bribery to secure the admission of students as fake athletic recruits.

Prosecutors said Palatella in 2017 paid Singer $75,000 to arrange for an associate to proctor her son’s SAT exam and secretly correct his answers at a test center in California that Singer controlled through bribery.


She also agreed with Singer to pay $500,000 to secure her son’s admission to USC as a football recruit using falsified credentials.

About $100,000 of that money was directed to a USC official, Donna Heinel, who admitted in November she facilitated the admission of children in exchange for payments from Singer’s clients to USC accounts from which she professionally benefited.

(Reporting by Nate Raymond in Boston; Editing by Matthew Lewis) 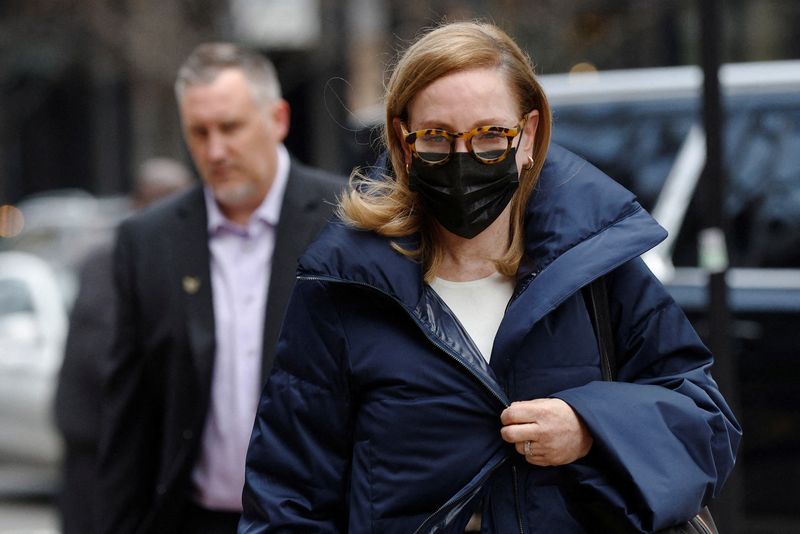