WASHINGTON – Large U.S. banks would have to integrate climate financial risk assessments into every aspect of their work under sweeping new draft supervisory guidance proposed by a top U.S. banking regulator on Thursday.

The Office of the Comptroller of the Currency (OCC) said it was soliciting feedback on draft principles for bank supervisors assessing that risk at lenders with over $100 billion in assets with a view to developing formal guidance.

The principles touch on everything from how climate change affects board room governance, liquidity, credit and operational risk, to the way banks project hypothetical future losses on their books and their ability to service poorer communities.

The OCC’s ambitious proposal marks the most significant step yet by regulators under President Joe Biden’s administration to push banks to address climate risks. While the country’s largest lenders have been tackling climate risks for some time, the draft marks the first time supervisors would expect such work as prudent risk management, which could cause major headaches for many banks.

“Today’s release takes an important, concrete step towards ensuring the safety and soundness of large banks in the face of increasing risks from climate change,” said acting Comptroller Michael Hsu in a statement.

The potential effects of climate change – rising sea levels, worsening floods and fires, and government policies transitioning away from carbon-heavy industry – could destroy trillions of dollars of assets around the globe.

Climate-focused investors are calling on the major U.S. banks to quickly scale back their financing of new fossil fuel development, saying current commitments by the banks to curb global emissions are not enough.

Biden has pressed the entire federal government to incorporate climate change into their work, signing an executive order in May directing agencies to assess and mitigate that risk.


The OCC said a bank’s senior leadership should consider its exposure to climate change in its overall business strategy, risk appetite and financial and capital planning.

The draft also said bank leadership should ensure any public statements they make about climate commitments are consistent with their internal strategies.

In addition, the draft said banks should utilize “scenario analysis” to estimate the financial impact they could face across a range of potential future climate change outcomes.

The U.S. Federal Reserve is building its own “scenario analysis” of potential losses large banks could face against advancing climate change. Reuters previously reported large banks expect such government-run analysis could begin as soon as 2023.

In a separate statement, the Fed said it would also review the feedback the OCC receives and will work on a consistent set of standards for bank supervisors regarding climate risk management. 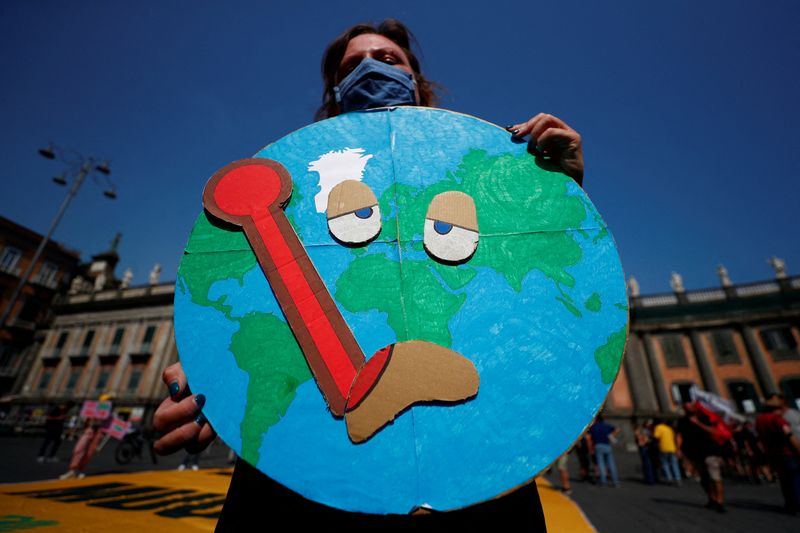