While TotalEnergies (28%), Qatar Energy (21%) and Petronas (21%) made the top offer for Sepia field, Petrobras, formally Petroleo Brasileiro SA, later entered the consortium by exercising preference rights to take a 30% stake.

Officials, who had been keen to attract major foreign players, deemed the auction a success, and analysts said the offers agreed to were relatively rich.

The selloff was widely seen as a test of Brazil’s investment climate and of large oil producers’ willingness to keep spending big on traditional oil assets, despite increasing pressure over climate change and toward energy transition.

TotalEnergies, which snapped up a stake in both blocks, said the investment will bring output with “costs well below $20 per barrel of oil equivalent” and with carbon emissions rates below industry levels.

“These are unique opportunities to access giant low-cost and low emissions oil reserves,” CEO Patrick Pouyanné said in a statement.

Signing bonuses were fixed in reais at the equivalent of $1.3 billion for Sepia and $740,000 for Atapu. Companies bid for a percentage of the production they were willing to share with the government, winning the highest: 37.43% for Sepia and 31.68% for Atapu.

Brazil attempted to auction both fields in 2019, but neither received offers, even from Petrobras. At the time, complex legal issues and rich signing bonuses kept oil majors away.

Eleven companies signed up for the chance to bid on Friday. Exxon Mobil Corp made final arrangements to bid together with Petrobras and a subsidiary of Portugal’s Galp Energia SGPS SA, people close to the negotiations said, but never presented a final offer.

Oil majors will be able to add production to their portfolios in the short term. Petrobras is ramping up production at Sepia to 180,000 bpd and has reached the 160,000 bpd maximum capacity at Atapu. A second platform is planned for each field.

Cementing Brazil’s status as Latin Americas biggest oil producer, the two fields could boost the country’s production by 12% over the next six years, adding 700,000 bpd, and bringing in almost $40 billion in investment, its energy ministry said after the auction. Petrobras is set to receive $6.2 billion for past investments in the two fields. 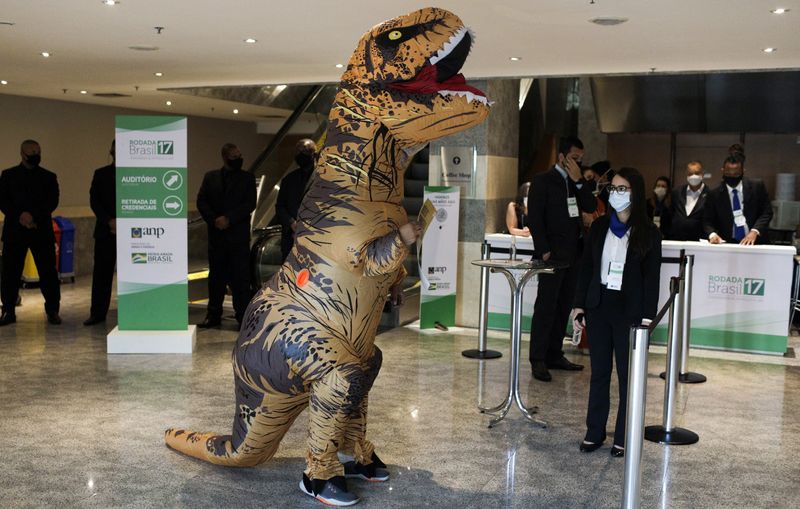